Just in first few days, after the release of Xiaomi Mi Note Pro, a report from Korean analysts caught the attention of many people looking forward towards the unveiling of Samsung’s Galaxy S6 Edge. 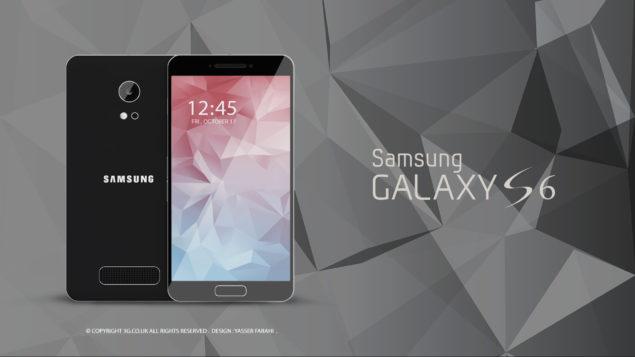 Samsung Galaxy S6 Edge Come With 4GB RAM On Board

This report predicts that, the Galaxy S6 Edge will also seize the same 4GB RAM as possessed by Xiaomi’s Flagship. This report was given by the analysts who happen to work for the Korean Investment and Securities. According to the AnTuTu benchmark website, the Galaxy S6 Edge was originally supposed to have 3GB of RAM.  Though, there is no official announcement from Samsung about this update, however, analysts are quite sure about this change.

All the features of Note Edge are present on Edge panel, such as briefing panel, news and sports panel and pedometer panel etc. Users are also offered an option of activating the core edge panel from right or the left curve. Apart from this, there is a new feature embedded inside Samsung Galaxy S6 Edge model, called Glance Lighting. Whenever, the user collects a notification or call, Glance lighting lets up Galaxy S6’s edges.

The specs of Samsung Galaxy S6 Edge are already revealed by several sources. It will contain a resolution screen of 1440x2560, back camera of 20 MP and a selfie snapper of 5 MP. It will also sport a non detachable battery, metal built and Exynos 7420 octa core processor. Samsung Galaxy S6 Edge’s update to 4GB RAM is indeed promising. However, there isn’t any concrete evidence on this update. Stay connected, for more stuff concerning the Samsung Galaxy S6 Edge.