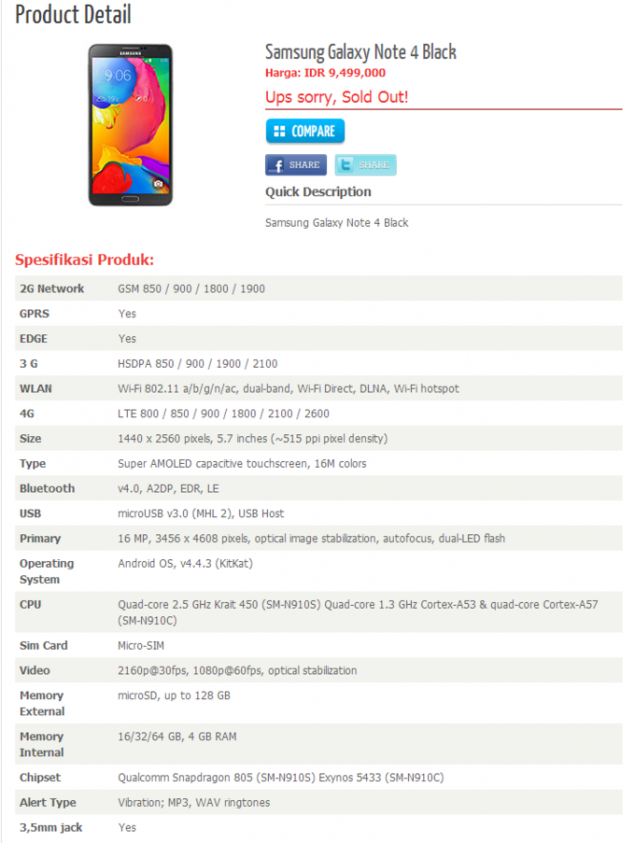 Erafone has listed both the price and the specs for the Galaxy Note 4. What's important to keep in mind here is that the Galaxy Note 4 is one of the most anticipated tablet launches this year. The specifications posted on Erafone's website do not end up being a disappointment at all. The Galaxy Note 4 is looking to be powered by two different processors with one being the 2.5Ghz Snapdragon 805 and the other being the octa-core Exynoss 5433 with four 1.3 GHz Cortex A53 and four Cortex A57 Cores.