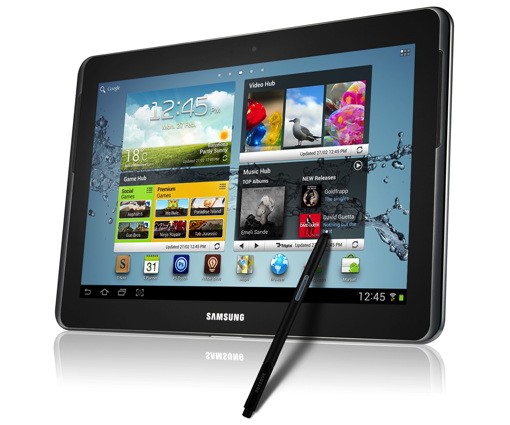 Samsung showed a pre release version of their Galaxy Note 10.1, which is a larger version of the Galaxy Note, during MWC a while back. The specs we got to know then were those of a regular Android tablet of its time. A 1.4GHz Exynos dual core CPU, 1280x800 LCD display and a 3MP rear camera. However that was also before the new iPad was unveiled. According to the latest rumors, it looks as if the Galaxy Note 10.1 will get a spec bump right before its release.

What the change will be is not known at this point. It would make sense for Samsung to scrap the dual core CPU for a faster quad core model. It could also be something as trivial as a camera or something major as a screen upgrade. What it does show is that Samsung is serious about this tablet being the best Android tablet out there. It already faces stiff competition from the new iPad and even Samsung's own tablets such as the Galaxy Tab 2.