Samsung 970 Evo and Pro SSDs Priced Lower Than Originally Announced, Starting At $109 To $799 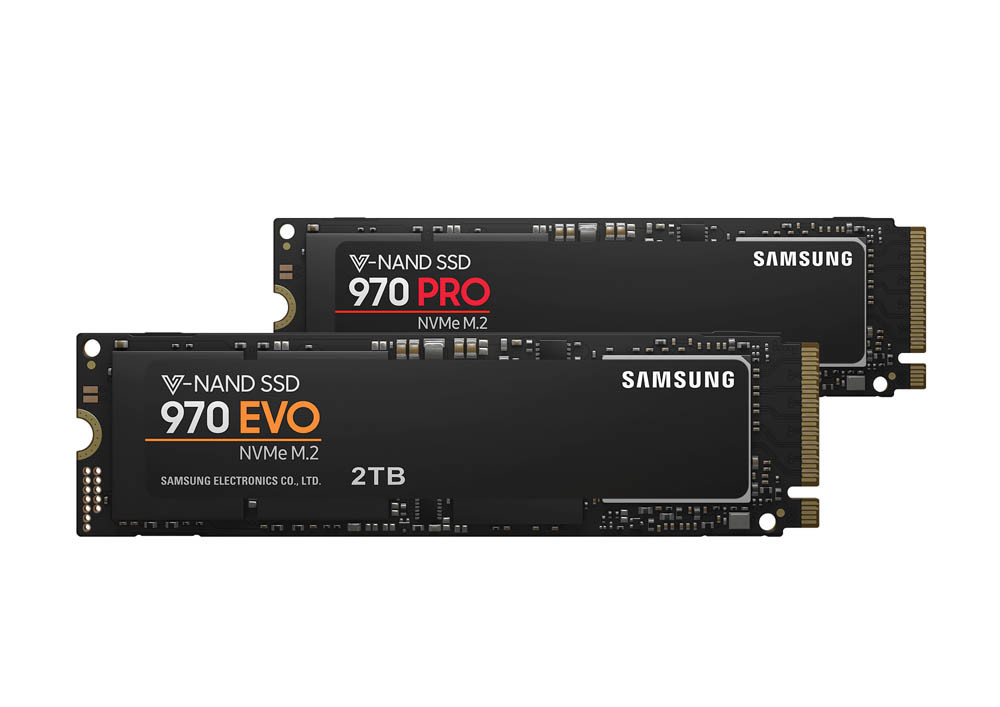 The 970 PRO, the higher performing SSD, will be available from $249.99 (500 GB) and $499.99 (1 TB). Samsung has basically lowered pricing against their previous generation 960 EVO and 960 PRO, while delivering almost entirely improvements across the board.

Samsung 970 Evo, The Best Mainstream SSD on the Market Announced Along With The Enthusiast Samsung 970 Pro

While not being the top of the line they do remain incredibly high performing with up to 3,500 MB/s reads, 2,500 MB/s writes, 500K IOPS random read and 480K random writes, it is no slouch and can keep up with pretty much any SSD on the market today. The EVO uses TLC memory and both the  Evo and Pro use Samsung's new Phoenix controller which is Nickel coated.

The Samsung 970 PRO and EVO are designed based on the M.2 form factor standard and with the latest PCIe Gen 3×4 lane interface. The 970 series maximizes the potential of NVMe bandwidth, delivering unparalleled performance for processing large volumes of data, including 3D, 4K graphics work, high-end games, and data analytics.

"Samsung has led the NVMe SSD industry since its inception, and the company continues to define the latest standards of consumer storage with unprecedented performance of the 970 PRO and EVO SSDs, the 970 series sets a new bar in all aspects for the NVMe SSD market with groundbreaking performance, superior reliability and best-in-class capacity."

The 970 Pro still uses MLC memory and only comes in 2 capacities, 512GB and 1TB while the Evo has capacities ranging from 250GB to 2TB, it seems at this point Samsung wants to push the cheaper, easier to manufacture Evo series to consumers, since most manufacturers have almost totally abandoned MLC NAND due to its higher cost. Also to note Samsung has not released an MLC based SM981 drive so we should expect it abandons MLC on the OEM side.

In addition to the advancements in performance levels, the 970 PRO and EVO deliver exceptional endurance and reliability. Featuring a five-year warranty, or up to 1,200 terabytes written - 50 percent higher than those provided for the previous generation. The Dynamic Thermal Guard technology safeguards against overheating by automatically monitoring and maintaining optimal operating temperatures, this combined with the nickel coated controller should help to avoid thermal throttling, though I would still look for a motherboard with a nice heat spreader for optimal performance.