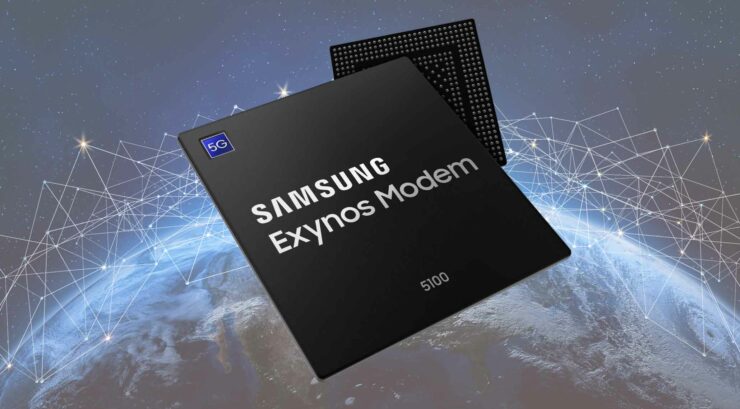 Since an increasing number of handset manufacturers are planning to offer next-generation cellular connectivity on their phones, Samsung’s 5G chipset business may scoop up a lot of orders as a new report claims that the South Korean giant has already started sampling its solution to Chinese vendors. Samsung’s own Galaxy S10 5G already comes equipped with its Exynos 5100 silicon, with the flagship being offered in certain parts of the world. In the future, a certain number of Samsung-made 5G SoCs might be found in Chinese devices.

The report says that various Chinese handset makers, including OPPO and Vivo, have received samples of Samsung’s 5G chipset solutions for testing and verification purposes. This means that a number of Chinese smartphones might come equipped with Samsung’s 5G solutions next year.

Of course, there are other options in the market too, including MediaTek, Qualcomm, and Huawei. However, industry watchers believe that Qualcomm and MediaTek alone will not be able to fulfill the demand for 5G modems and to avoid supply-side uncertainties, companies might ink a deal with the Korean behemoth too. After all, if a huge supply or OLED screens can be provided to Apple, then Samsung 5G chipset orders can also be fulfilled in droves.

Huawei could have been another worthwhile option with its Balong 5000 5G modem. However, it’s worth mentioning that the company doesn’t usually sell its chipsets to other firms and even it had wanted to, most smartphone makers would think twice before buying components from it, given the current scenarios.

To recap, the U.S. is skeptical of Huawei’s equipment and any company which uses its equipment risks getting banned in the country. The modem is not commercially available in any device yet, as the Mate 20X 5G, which was supposed to come with it, has been pulled by all 5G operators in Europe. So, it’s hard to say anything about the performance of the company’s first 5G chipset.

Moving on, Qualcomm is also expected to integrate its 5G modem into the upcoming mid-tier Snapdragon 735 SoC, which will ideally make cheaper devices 5G-ready, while also taking up less space thanks to directly being embedded with the mobile SoC. Chinese suppliers would are willing to incorporate a standalone modem like Exynos 5100 may also rely on Samsung, but if they are getting a better deal from Qualcomm, why would they risk increasing component costs?

Looks like we’ll get to know more details about future Samsung 5G chipset partnerships with OEMs in the near months, so stay tuned for more updates.