While Ubisoft has been very coy about revealing any details regarding their new Splinter Cell project since the release of Conviction a couple of years ago even though two Assassins Creed games have come and gone and with one even down the pipeline it is good to finally see some fresh details emerge on every one's favorite stealth master who is also a family man. While there are still little to no details on the new game it seems that a tweet and a NeoGaf forum post are both the only shreds of the games existence at the moment and that's enough for me until Ubisoft makes a show at E3. 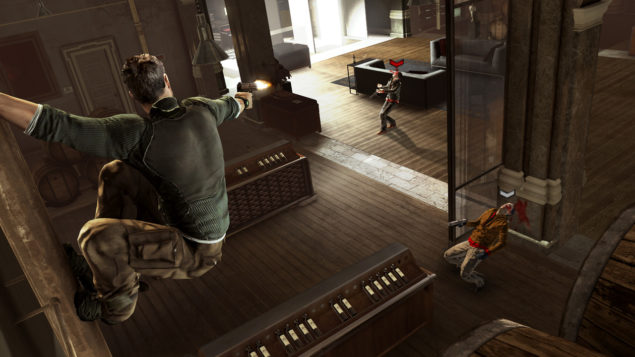 While the only current people who know about the existence of Splinter Cell: Blacklist are two people; Chad Trotter (and I have no idea who he is so if someone does know and can fill me in I would appreciate it)mentioned this weird tweet:  (link to the tweet Here)

@Wario64 Would it be news if I told you a new Splinter Cell was being announced at E3?

And a single forum post from -BLITZ- over at the famous NeoGaf forums who states:

The title says everything. I've seen the promo and Sam is looking good as always with no grey hair (you will see why ? below), full body suit, and his mighty night goggles, including a serious look on his face.

The reference to the surprise is, the game is programed to be shown at E3. But don't be so surprised because from the atmosphere given in the promo it looks like is the next sequel of Conviction (and we already know how the previous game was/is), as the new title Blacklist and plot will be based on his enemies targed as Blacklist; makes sense, no ?. Although I like the new look, so I give a little hope to see a big improvment, back to the old school OR NOT.

So here it is, the new name of Splinter Cell: Blaclist coming with a Limited Edition ready for pre-order.

So far all that is confirmed is that the game will be a sequel to Conviction except it plans on releasing to PS3, XBOX 360 and the Wii-U sadly the site which "confirmed" the existence on the game on these platforms has since removed their post Here. Right now this is more or less still unconfirmed but I would say that at least Ubisoft is finally bringing Sam Fisher back in to the game of consoles after a very long time and hopefully the game will not be a disappointment.

Are you optimistic about Sam's latest endeavors?