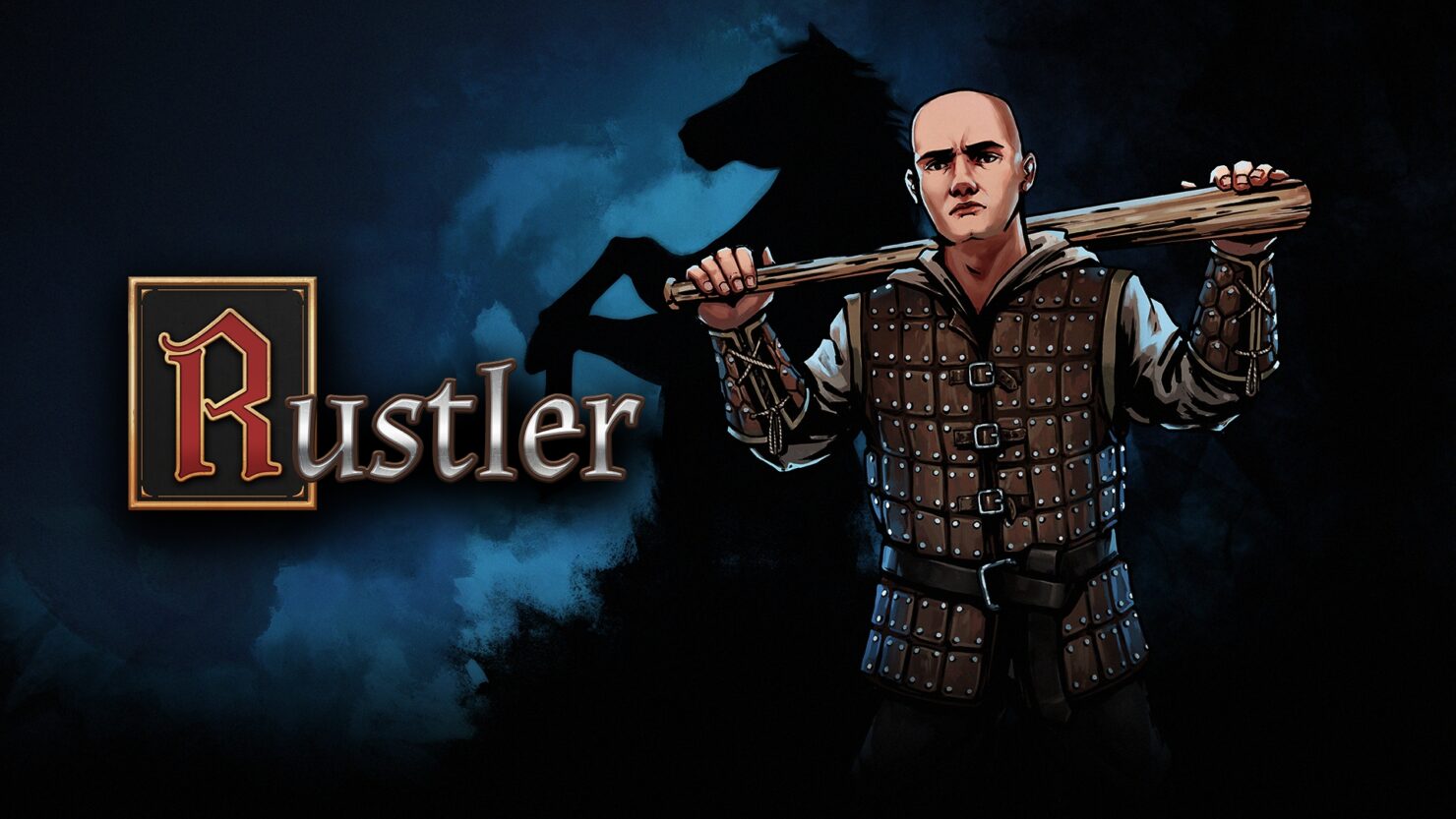 If you ever wanted a medieval and irreverent take on old-style (that is to say, topdown) Grand Theft Auto, Polish developer Jutsu Games might have something for you with Rustler. An open world style game, Rustler will let you wreak havoc in a deliberately inaccurate medieval setting that's full of humor and pop culture references.

Originally funded via Kickstarter (with pledges for 38.117 CA$) in February 2020, Rustler is due to enter Steam Early Access today, published by Games Operators and Modus Games; the full version is scheduled in about six months from now, according to the developer's plan.

We interviewed Jutsu Games Producer Oleksandr Kovalenko to pry a few more details on the title ahead of its debut.

How long has Rustler been in development and how did you come up with the idea for it?

Early prototypes appeared in 2017 where we were testing different concepts, visual styles, and gameplay mechanics. The idea came up from weekly playing GTA 2 multiplayer with co-workers. Later on, we were adding our interests to the game.

I've noticed you ran a Kickstarter for funding. What was your experience with the crowdfunding platform? Would you attempt to use it again in the future?

We had a smooth experience with Kickstarter. The game was funded and additionally, we have reached a few stretch goals, which were about adding more content to the game. But most important from Kickstarter was the feedback we got from those backers who received early game preview builds. For sure, we will keep in mind Kickstarter for our upcoming games.

How big is the open world in Rustler? Are there multiple towns and hamlets? How long would it take to cross the world?

Rustler has the biggest open world compared to all our previous games. We have two islands which include two cities, a few smaller villages, and a few different camps. It will take around two minutes to ride from the East side of the map to the West side.

Players will be chased by police for breaking local laws, such as: stealing horses, fighting with people, or even killing. With each "wanted level" police will become stronger and more intelligent, also guards on horses may appear at higher "wanted level" as well as guards with crossbows and other melee weapons or knights with tougher armor and better fighting skills, etc.

Did you consider any cooperative (or competitive) multiplayer options? Are those still on the table as post-launch additions?

At the early stages of the creation of Rustler, we were prototyping such features. We were constantly asking our fans about what they expect from the game. Most of them were focused on the single player mode. For sure, we will reconsider co-op or multiplayer when there will be enough voices or interest.

Are you planning to release the game on consoles? If so, would you support next-gen only or PlayStation 4 and Xbox One, too?

We already found a partner who will help us with publishing for the console platforms. There is also a planned major announcement regarding consoles this month, so stay tuned for that.

As a game developer, what do you think of the next-generation consoles? Will they enable the creation of much more realistic and detailed worlds, or will it be more of the same?