Nintendo's Wii-U is the hot topic of Nintendo fans everywhere in the world, the Nintendo Wii managed to outsell the XBOX 360 and the PS3 for the better part of it's life and hopefully the Wii-U will deliver again, but rumor has it that production of a single Wii-U unit could cost as much as $180 to build with $50 of that dedicated to the revolutionary new controller of it. Will Nintendo be able to pull it off yet again or will they have to take down the Wii-U's price like they had to with the 3DS? 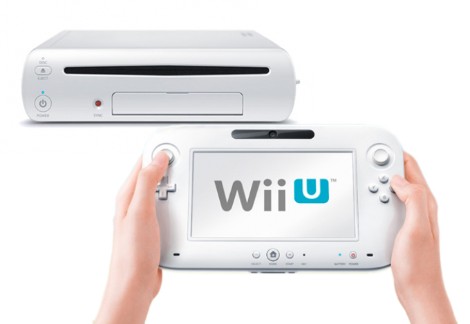 Nintendo has always been able to innovate us in many ways, they revolutionized motion control gaming with the Wii, Made 3D without glasses possible with their 3DS and now with the Wii-U (pictured above) they are planning on outdoing themselves yet again. The console will have one of the most unique controllers in video game console history which will definitely put the R&D labs of Microsoft and Sony at hard work to out do them. Even though the Wii-U isn't as powerful as the PS3 or the XBOX 360 this really wasn't a deal breaker with the Wii because Nintendo focused more on Quality games over quantity, where Sony and Microsoft worked endless hours to make detailed levels, characters and much more Nintendo was able to win the hearts of fans with toned down graphics and make amazing games like Legend of Zelda: Skyward Sword.

According to the source their sources believe:

“Cutting production costs to maximize profits is Nintendo’s main concern with the Wii U. They are cutting costs in the Wii U’s hardware to build back confidence in investors. Nintendo wants investors to view Wii U as a less risky proposition. ”

The new NFC capabilities for each new Wii U controller costs no more than $5 to implement, and the prices of NFC implementation in mobile devices is expected to fall below $1 in the near future. Our source explained: “NFC capabilities are a drop in the bucket for Nintendo. As NFC becomes more mainstream in mobile devices, the price for NFC implementation will rapidly decline. Nintendo is jumping on NFC because of a projected cost decline in the technology.”

When we asked about the controller’s other manufacturing costs:

“Nintendo chose an economical GPU and CPU that could keep up with the performance of today’s current consoles, but keep hardware costs down to maximize profits. Nintendo got a bargain price on the custom GPU and CPU that the Wii U uses. There is a bigger focus on downloadable content, applications, video content, digital distribution, and services to create a stream of revenue. Investors will be ecstatic with the news.”

I would say that $300 for the Wii-U would be an amazing price but since this IS a rumor we have to believe that the price can either be lower or higher but for Nintendo to go any higher would be a VERY bold move on their end which can end up backfiring.

But in the Nintendo I have full faith that Nintendo will stand strong and continue to deliver good quality games no matter what the price of the console is, they have kept it going for the Wii there is no doubt they will continue to do so when the Wii-U is out.

Xenoblade Chronicles 3 Story DLC Same Size as Torna, Series to Go on “as Long as Possible”

Zelda: Breath of the Wild Split-Screen Mod to Launch This Week