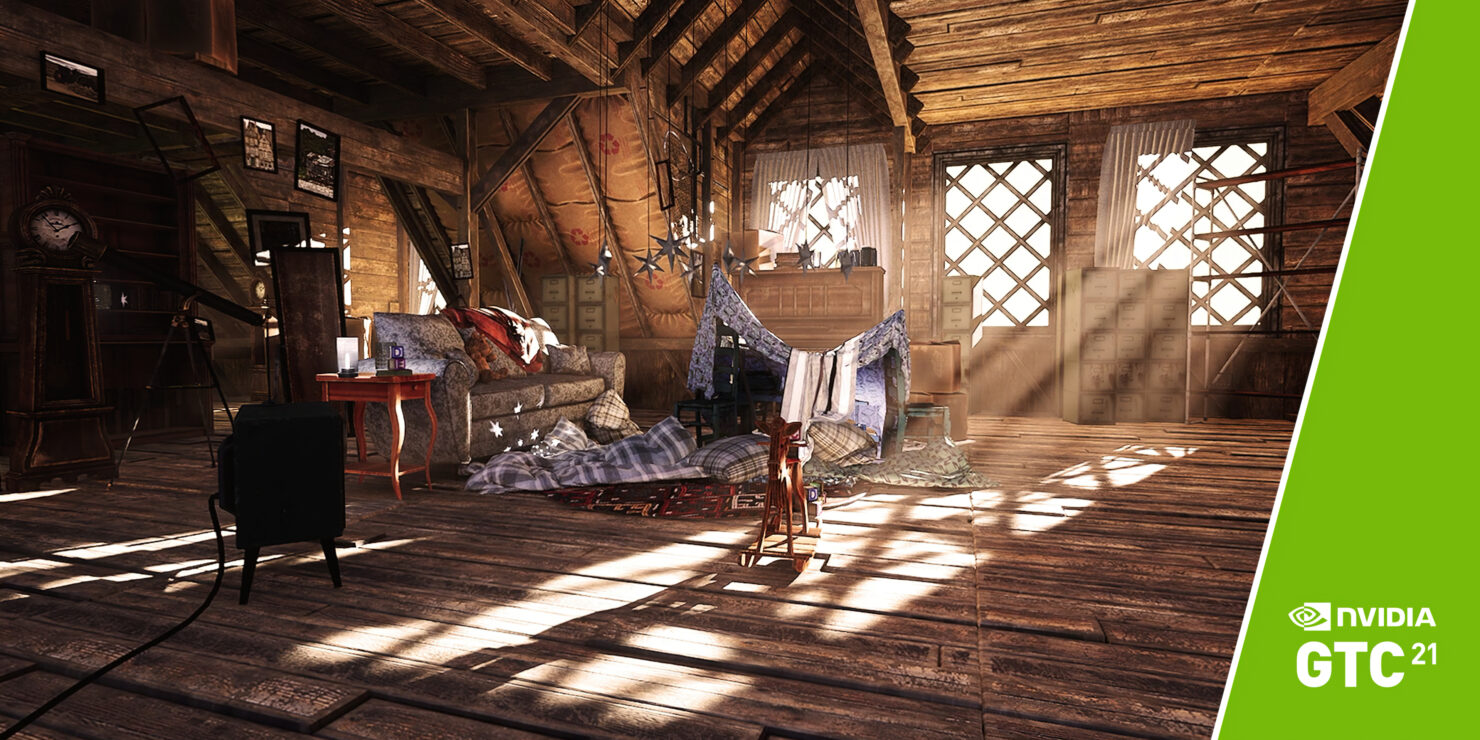 If you're a regular Wccftech reader, chances are you might have stumbled into our story about ReSTIR, a deep learning algorithm devised by NVIDIA engineers to render millions of dynamic lights in real time.

At the time, almost a year ago, ReSTIR (Reservoir-based Spatio-Temporal Importance Resampling) wasn't quite ready for game development purposes as its rendering cost was around 50ms for 3.4 million dynamic lights. That's way too much to be of any use for game developers, as programmers need to find their entire rendering budget into 16.6 ms if they target 60 frames per second.

Fast forward to this week, however, and everything has changed with NVIDIA unveiling its game developer-ready RTX Direct Illumination technology at GTC 2021. In the RTXDI SDK, ray tracing is combined with a dramatically more performant version of the ReSTIR algorithm paired with another deep learning algorithm, ReGIR (Reservoir-based Grid Importance Resampling), which works as an initial sample generator for ReSTIR and can be applied to secondary surfaces, whereas ReSTIR is reserved to primary surfaces.

RTX Direct Illumination promises to forego the so-called 'hero lights' phenomenon in games, where only a few select light sources were actually casting shadows. This will enable much more realistic scenes. But what about performance? Well, according to RTX UE4 Game Engine Evangelist Richard Cowgill, with RTXDI it shouldn't really matter if you need dozens, hundreds, thousands, or millions of lights; the cost is expected to be about the same. As a result, the performance should essentially flatten and be more consistent, particularly with NVIDIA DLSS enabled.

What's perhaps even more exciting is that RTX Direct Illumination provides tangible benefits to both artists and gamers. The former will have RTXDI telling the game's graphics renderer where to send rays with no need for manual input. The latter will finally get to interact with all of the lights in a scene since they are dynamic, which may potentially improve gameplay as players cleverly find advantages by turning off or shooting any of the lights to cover a stealth approach, for example.

As expected, NVIDIA made it so RTX Direct Illumination is easily integrated with the existing RTX Global Illumination (RTXGI) SDK. Mixing the two should allow for scalable global illumination based on many, many light sources.

The best part, though, is that all of this promising graphics technology won't be reserved just for GeForce RTX users. In fact, Richard Cowgill confirmed that RTXDI and RTXGI are both entirely architecture-agnostic and will therefore work not only on AMD's Radeon RX 6000 Series GPUs but on ray-tracing capable consoles as well, such as PlayStation 5 and Xbox Series S|X. Graphics APIs supported include DirectX Raytracing and Vulkan Ray Tracing.

Game developers interested in implementing RTX Direct Illumination will need a denoiser, of course. While NVIDIA recommends their Real-Time Denoiser, which comes with the ReLAX algorithm specifically designed for denoising raytraced specular and diffuse signals generated by RTX Direct Illumination, devs are free to use another denoiser of their choice.

RTXDI has been made available as part of the NvRTX branch of Unreal Engine 4.26.1. There's no ETA yet for integration in the mainline Unreal Engine 4 branch.