How To Root Android Galaxy Camera With CF Root [Guide]

Did you just get a Galaxy Camera in order to snap some seriously wicked photos and videos? Do you want to do more with it? Well, unlike other Androidish gadgets, the Galaxy Camera has managed to score a home on XDA developers and things look perfectly great. Adam Outler, a well-known name in Android circles has managed to root the Galaxy Camera and has also made the rooting instructions available for public consumption. The root process, like other Samsung Galaxy Android products, requires you to have some hands-on Odin experience. For those who don’t know, Samsung Galaxy Camera is a digital Android powered camera that comes with a powerful lens and in-built editing features to make your photos look really cool. Since I am not that big of a camera buff, so you can head to this link and get an insight regarding the specifications.

So what exactly will you do after rooting your Galaxy Camera? We aren’t really sure but you can give some apps, that require root, a try and see how they look and run. Apart from this, I personally don’t see any reason to acquire root but some of you will definitely go for it. And for those bent on getting that lovable SU icon, the method will be provided after the disclaimer rant I usually put in my posts.

Moving beyond this point, you understand that you bought your camera from some hard-earned cash and this method can pretty much mess it up. Although rooting your Android device isn’t much of a deal nowadays, but being careful won’t cost you anything. Apart from this, everything is cool and you can head to the instructions below to get root on Samsung Galaxy Camera. 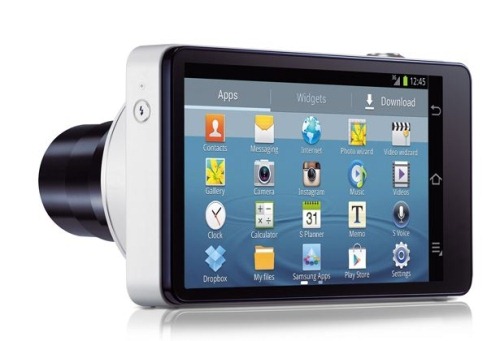 In order to get started with rooting your Samsung Galaxy Camera, you’ll need to ensure that you have a Windows PC available.

And there you go! You Samsung Galaxy Camera now has root! You are now free to do whatever you feel like. Unfortunately, there are no custom ROMs for the camera available as of now, but with a vibrant and budding Android hacker and developer community supporting this devices, you might come across one very soon. All credits for the root and the guide go to Adam Outler at XDA forums. In case you are stuck, want some hands-on developer support and are looking to thank the source in person, then head to the official Galaxy Camera root thread on XDA posted here.