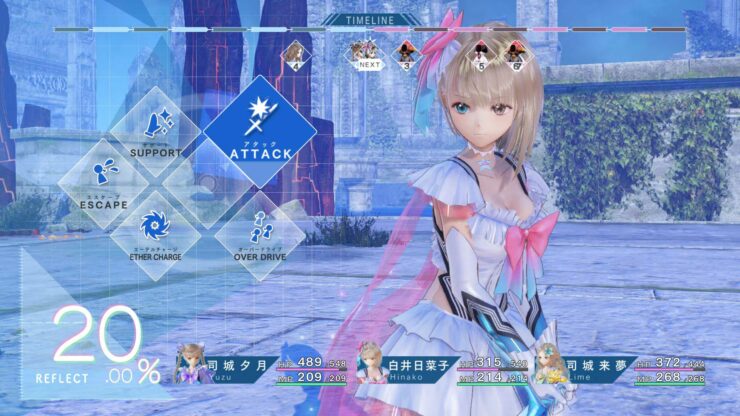 Koei Tecmo is one of the few Japanese publishers that's been releasing all of its latest titles on Steam as well as on consoles, and it's now been confirmed that yet another Japanese RPG by the publisher, Blue Reflection, will hit PCs in North America and Europe in a few months.

Gust's latest role-playing game will be released on PlayStation 4 and Steam on September 26th. The game is a brand new IP featuring a heartwarming narrative, colorful main characters, and a unique setting.

Blue Reflection takes place at Hoshinomiya Girls’ High School, where players assume the role of student Hinako Shirai. When Hinako’s ballet career comes to an end after a tragic accident, she closes her heart off from the rest of the world. However, her life changes when she meets her new best friends, the magical Shijou twins – Yuzu, who is adored by her classmates for her cheerful and warm personality, and Lime, who is more logical and selfish.

The twin sisters bestow Hinako with the power of a Reflector, a champion who can manipulate a mysterious parallel dimension known as The Common. Hinako can freely move and shape this mystical realm’s beauty with her imagination, but she soon understands the very real perils that await her and her friends. As Hinako learns to treasure her companions and creates new bonds with those around her, she gains new strength to help her fight in The Common.

Koei Tecmo also confirmed that pre-order bonuses are available for those who pre-order the game by Amazon, Best Buy, EB Games and GameStop. These bonuses include the School Swimsuit and Rorona style costumes and others.

Blue Reflection launches on PC and PlayStation 4 this September. More information on the game and its key mechanics will be revealed in the coming months.