GTA V released on the 18th of November for Next Gen and console users are lining up to get one of the most anticipated successful games of all time. The PC version is set to be release a couple of months lather on the 27th of January. and since PC games always tend to have the better end, in terms of customisability (in my opinion), there are a few reasons to wait for the PC version to release. 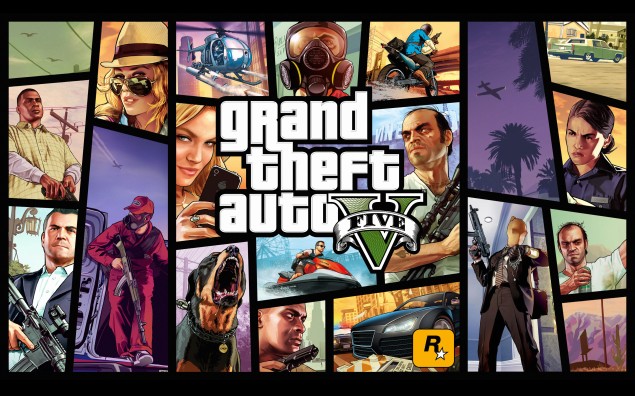 First of all, choosing between a keyboard and mouse or a controller always has it in for me. Being a regular at PC gaming, i always feel the need for a mouse in a first person game. Ofcourse there are some games where a controler suits you better (i.e. some RPGs and Sport games) but a mouse always provides the feel where a controller fails. Although the auto aim feature is good compensation for it, and its absence this would make the game extremely redundant but PC version might or might not contain this feature and will make the game interesting for gamers who want to test their skills with a mouse.

Secondly, the variation in graphics is also a major point where many gamers testing the game with cheap graphics and low end settings while others running the game on full setting and amazing framerates. Where most GTA players want to experience the world in fine detail and its most beautiful form because for a game like GTA series, gaming experience is all that they are about. With the immense detail available in the GTA 5 game, and the eye flashing graphics, video editor has an obvious part to play aswell. the video editor is a 'Just for PC' feature and just by looking at the videos taken by the video editor, you'll see the potential (if all, or even part of what they're saying is true). Lets keep the fingers crossed on that one since it can be the basis for some pretty amazing ideas and stuff.

Lastly, lets get round to, arguably, one of the most important in game add-ons referred to as mods. Mods allow you to virtually edit the gameplay and put in new scenarios, including alternate cars, graphical updates and some even creating more scenarios for you to enjoy and make it a completely new game to enjoy. The PC version allows more freedom but that does take some time. Last time Rockstar released GTA 4 on consoles at the end of april and on PC at the start of december but still, the game had major bug issues and although it was set for the PC version to launch, it delayed its launch just for some extra testing of the PC version. Lets hope it is as good as it looks.