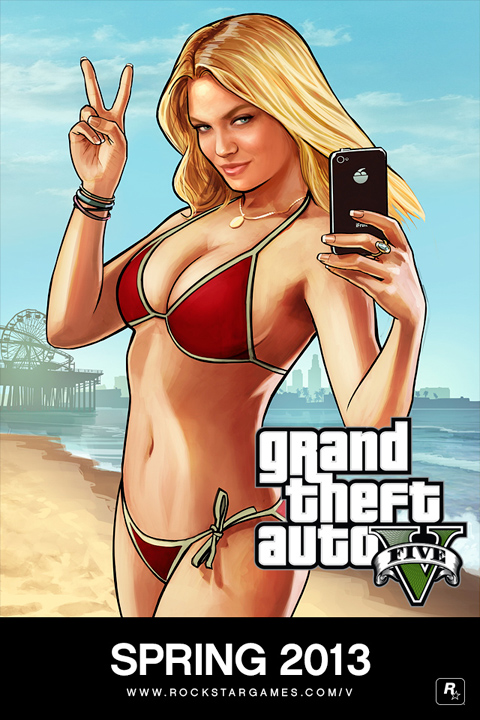 Yesterday, Rockstar announced GTA V, their latest entry to the long lasting Grand Theft Auto franchise which would launch in Spring 2013. However the launch date was only mentioned for two platforms, Xbox 360 and the Playstation 3, Our question is - Where's GTA V for PC?

No GTA V for PC - Delayed Once Again?

GTA V once again takes players back to the streets of Los Santos (South Calafornia) providing one of the largest and most thriving game-world the developers Rockstar North has ever created. Rockstar announced that the game would launch for the PS3 and Xbox 360 in Spring 2013 and pre-orders begin on November 5, 2012. But the most shocking announcement was that there was no announcement of GTA V for PC.

The official announcement listed no GTA V for PC on launch and later on a Rockstar representative said the following statement:

"Hey guys, glad to see so much enthusiasm about the release announcement. For those asking about the PC platform, we're currently focused on the Xbox games don't have any details to share about a PC version at this time. Anyone that continues to spam the comments section will have their commenting privileges suspended."

Rockstar's focus is on the console market first, they do not want to comment on the PC version any time soon. This has happened with PC gamers before during GTA IV where the game launch months after the console releases and in the form of one of the worst ports available on the PC ever. GTA V on the PC looks like a same fate for PC gamers, either a long delay or a shabby port. Although their previous release such as Max Payne 3 came out with tons of love for the PC audience and they even delivered a DX11 patch of L.A. Noire but delaying one of next year's biggest launch for PC is shocking for most PC gamers.

We just hope that GTA V for PC doesn't ends up as another Red Dead Redemption for PC gamers and looking forward from a positive response by Rockstar.