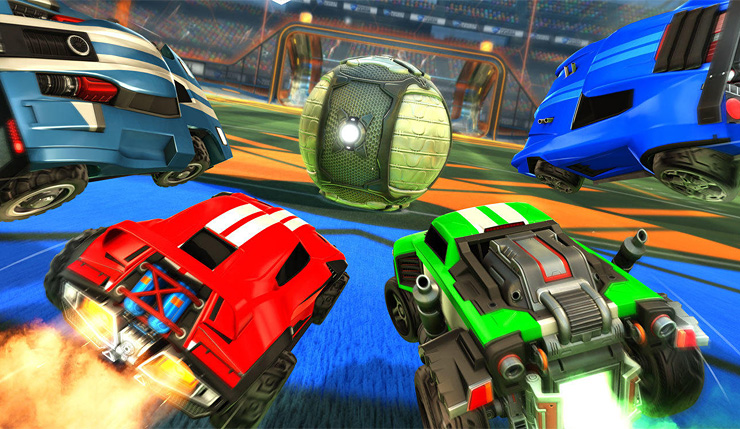 Back in the Fall of 2018, Sony relented and let the PS4 version of Fortnite join the crossplay party. It was promised more PS4 games would getting crossplay soon, and then…nothing happened. Thankfully, after months of radio silence, Sony is opening up again and letting Rocket League join the PS4 Crossplay Beta program. That means, as of today, PS4 owners can engage in some car soccer with players from all other platforms. Rocket League’s cross-platform party system is also coming soon.

Rocket League developer Psynoix had the following to say about true crossplay finally coming to their game...

We are thrilled to announce that starting right now, Rocket League has entered the PlayStation Crossplay Beta program! Players on all platforms can now randomly matchmake with or against each other in all Online match types (i.e. Casual, Competitive, and Extra Modes). But what about cross-platform parties? In our first update this year (more information coming soon), we will release our cross-platform party system, which allows you to partner up with friends on any platform with the push of a few buttons.

Today’s announcement is an important one for us here at Psyonix, because we know how much our community has wanted full cross-platform support for quite some time. It’s because of you, our fans, and our generous partners on all systems and services that have made this possible in the first place. On behalf of the entire team, THANK YOU for your passion and persistence as we continue to do our best to make Rocket League the best experience we can.

To enable Rocket League crossplay, just head into Options, select Gameplay tab, then check the Cross-Platform Play box. You can now play private matches with anybody from any platform.