River City Ransom Underground is one of the more interesting retro-inspired games releasing in the near future. As the sequel of the classic River City Ransom, the game will come with some of the features that made the original so popular as well as more modern features that will make the new game stand out from the 1989 NES game. Development is proceeding smoothly and today a new gameplay video has been shared online by Conatus Creative. 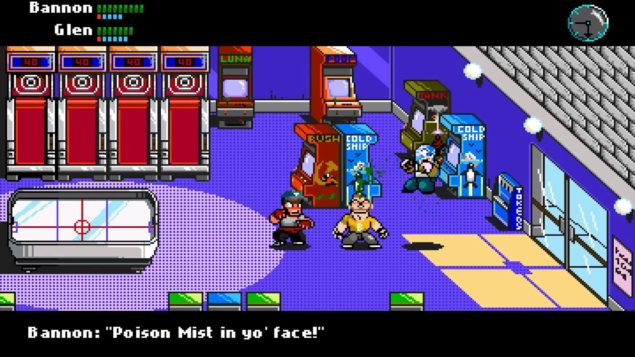 The new River City Ransom Underground gameplay video has been taken from the backer test build and showcases some complex and highly damaging combos. The game might feature the same presentation of classic beat'em up like Double Dragon, but it was definitely not possible to beat up opponent in such stylish ways in those older games. You can check out the video right below.

Lead the Flock through the streets of River City, hunting down evil bosses, shopping for the latest gear, and training hard in the dojo. It's an old-fashioned, jet-fuelled frame-up! You'll join Alex, Ryan, and a whole cast of new characters in your struggle to bring Slick to justice and clear your name. But be careful: nothing is as it seems.

River City Ransom Underground will be released sometime during the first quarter of 2016 on Steam.