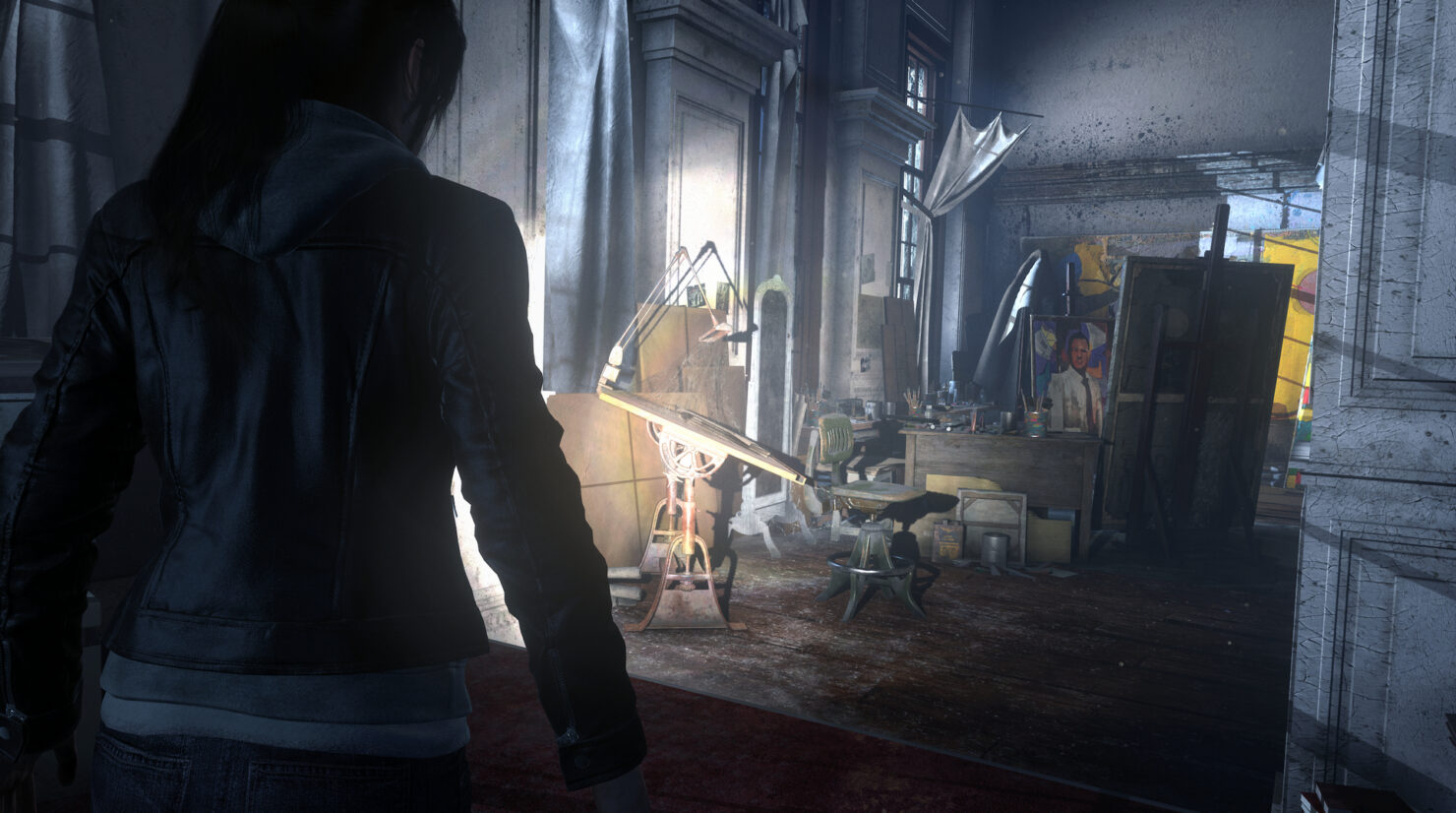 I just spent fifteen minutes walking around Croft Manor with nothing but a flashlight and the burning desire to uncover the secrets from my family’s past. It was rather awesome.

Launching on October 4th, Rise of the Tomb Raider: 20 Year Celebration will introduce a number of new modes including a new single-player chapter (which will also be available in VR); co-op and a combat mode.

‘Blood Ties’, the newest instalment in Rise of the Tomb Raider’s DLC, will take players back to Croft Manor. After playing this chapter for a short period of time, the nostalgic and mysterious atmosphere really started to shine through. Blood Ties will exist purely as an adventure mode that will encourage players to explore Croft Manor and solve puzzles, omitting any combat. The developer has also promised a plethora of Easter eggs that long-time fans will be sure to appreciate. Additionally, for those that have (or are planning to) invest in PlayStation VR, the Blood Ties expansion will be supported, integrating two modes: Free and Comfort. I had the opportunity to experience the Comfort mode, which enables players to physically walk a short distance whilst moving around in-game. To cover further distances, this mode also utilizes the triggers on the PlayStation controller to teleport Lara to whichever spot you choose. This mode has been created for those that may feel a bit sensitive to VR and as a sufferer of motion-sickness, I can confirm that this mode is very comfortable to play. 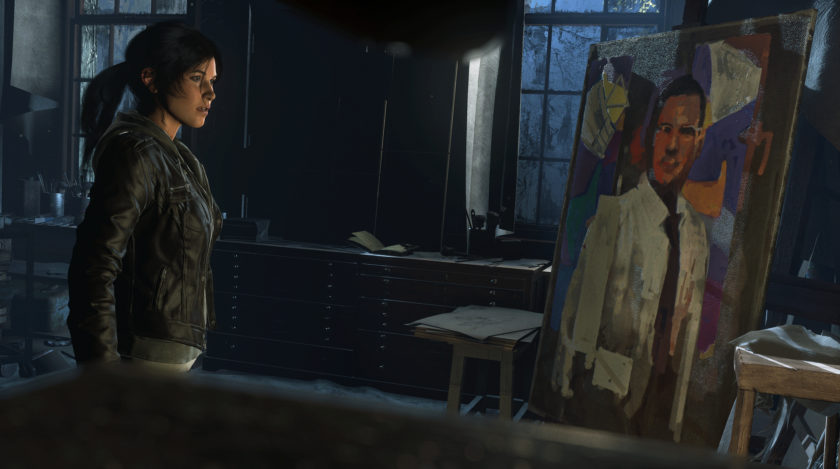 Searching for clues in the derelict manor house gave me a sense of purpose, while not feeling rushed. This chapter really encourages players to thoroughly explore Croft Manor, placing dozens of illuminated objects that Lara may find useful in her search for more information about her family. The only issue that I encountered with Blood Ties was the intermittent stuttering that affected the cut scenes and audio. However, as this was a preview build, this will most likely be fixed by the time the DLC is released. In VR, the game ran very well. The only other potential inconvenience that players may confront is the length of some of the documents that Lara has to read. Voice acting has been incorporated when various letters and diary entries are examined however, as many of these are a few paragraphs long, the temptation to skim and skip is very strong.

From the calm and adventure-heavy Blood Ties, stems a frightful combat mode entitled ‘Lara’s Nightmare’. Lara’s uncle has contested her ownership of Croft Manor, forcing her to comb the estate for proof that she is the rightful heir. This mode metaphorically encapsulates that legal battle with her uncle, twisting it into a seemingly never-ending fight against packs of zombies. This mode will test players’ combat skills as they search for three skulls, followed by a boss fight. It appears that Lara’s Nightmare will most likely suit players that are looking for a more challenging experience in the Croft Manor setting. Despite much preferring the story-driven chapter, I believe that this mode will appeal to hard-core players that enjoy the added pressure of swarms of enemies whilst searching for an objective. 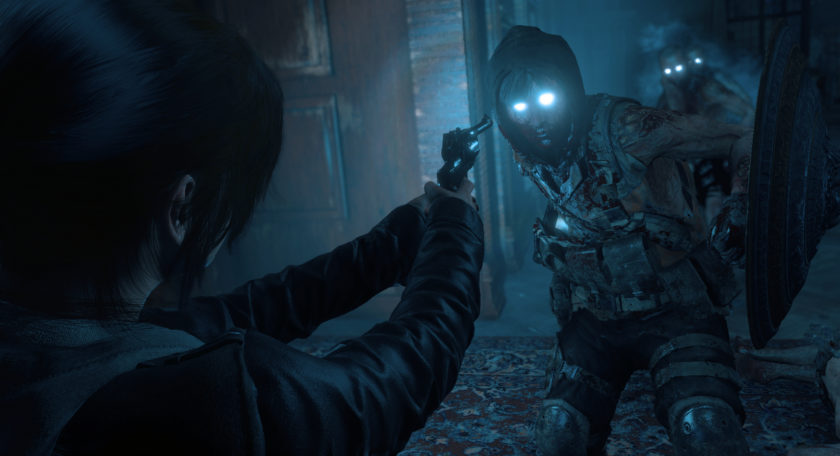 Furthermore, for the first time in Tomb Raider history, the game will be rolling out a co-op expansion in Endurance mode. Fans will finally be able to raid tombs together whilst ensuring each other’s survival in the surrounding wilderness. Players will have to hunt for food, collect wood to build fires and pick off enemies that roam close by. It’s also important to note that you’ll have to stick to your partner very closely. When testing out the co-op mode, I learnt that it’s incredibly easy to lose your partner and this caused problems for us later on - take my advice and stay together.

In addition, hard-core fans will also be pleased to hear that the main game will also feature an ‘Extreme Survivor’ setting, ramping up the difficulty by removing checkpoints. The only way to save the game in this mode is by foraging for resources and lighting campfires. 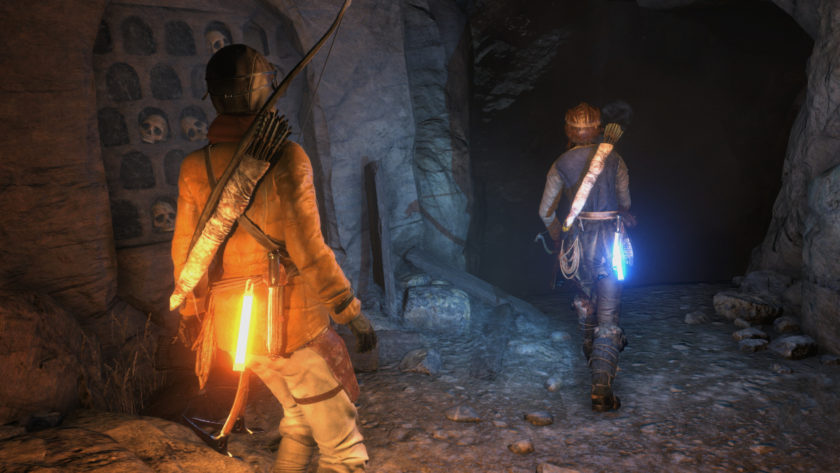 With the exception of exclusive PlayStation VR support, all of the new content in Rise of the Tomb Raider: 20 Year Celebration will also be available for PC and Xbox One players. Current Season Pass owners on PC and Xbox One will automatically receive the content for free, and moving forward the existing Season Pass will be updated to include the new content. A Season Pass will not be available for PlayStation 4, as all of the content is included in the initial release.

Rise of the Tomb Raider: 20 Year Celebration will launch on PlayStation 4 on October 11th.