Rightware has announced its new Graphics Benchmark which will allow Smartphone, Tablet and other embedded devices users to benchmark their devices to determine their graphics performance by running tests which generate OpenGL ES 1.1 and 2.0 workloads that stresses the Graphics system to a certain limit and evaluates the total amount of performance within them. The small benchmark may proof  quite useful for operators, device manufacturers and semiconductor companies to measure how well the devices perform while using different interfaces. The Release date hasn't been announced yet but here's something from Rightware: 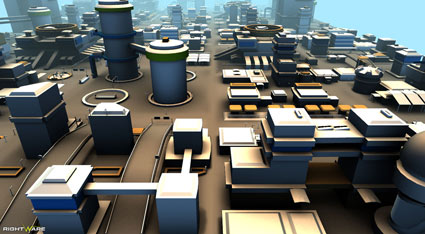 “The graphics performance of a smartphone, pad, or other embedded system has probably never mattered as much as it does today. The user interface has become the focal point of differentiation as consumers tend to judge the goodness of a product based on how the user interface works in these devices,” said Tero Sarkkinen, CEO of Rightware. “Basemark GUI is the tool for device manufacturers who want to ensure that they choose the right chips and build their device only with the top-notch user interface software. We’re proud to bring Basemark GUI in to the front row of embedded industry to help tackling these challenges and enable the device manufacturers to introduce even better performing 3D user interfaces in their devices,” continued Mr. Sarkkinen.