Zowie has been a trusted brand for the gamers with their exceptionally well made headsets and mouse-pads. Known for their direct involvement of professional gamers, such as Abdisamad 'SpawN' Mohamed and Emil 'HeatoN' Christensen, Zowie has actually gone into partnership with a computer gaming legends for the development of its gaming hardware.

HeatoN, one of the most popular players for Counter Strike 1.6 joined forces with Zowie to design a specific gaming mouse designed for FPS gamers. This is not the first time a gamer has joined hands with a OEM to design a hardware or device specifically for gamers.

Now come to think of it, what could be so special about this mouse as there has been numerous gamers who got themselves affiliated with OEMs for creating hardware and gear specially for gamers. Fatality has been the most prominent name in gaming industry with most number of OEM products made in his screen name.

Coming back to our Zowie EC1 gaming mouse review, here are the technical specs of this beauty with brains.

Honestly speaking, my first impression was it being just another ordinary mouse with shiny skin but as soon as I started using it, I fell in love with it. It is light weight I would like it to have a bit more weight, full and firm size to fit medium to large hands normally this is what’s missing from a lot of main stream gaming mice and solid feel of the buttons. Nothing in this mouse made me feel like any cheap part being used in it.

Zowie EC1 gaming mouse is equipped with optical lens, unlike other major brands mice in the market and the explanation has already been given by Zowie on their website as to why they chose to have optical tracking instead of laser. Trust me on this one, you will not feel a difference in any.

The interesting part was that unlike other gaming mice, Zowie EC1 does not have multiple feet rubber but it has only two large Teflon feet or rather Big Foot which covers about ~50% of the mouse base giving the mouse a stable grip on mat or cloth surface. In addition to it, the DPI changing button is situated at the bottom of the mouse, which is excellent to avoid any accidental change in DPI settings during the game.

The rubber coating on the buttons and palm area is good enough to keep your hand from slipping away  but I don’t know how long would it last as normally after continuous plays the rubber coating tend to fade away.

The side buttons are big enough to get hold of and not to miss in case they are configured to perform a certain task during the game.

I tested the mouse in real world environment by playing multiple games with it. I played CS 1.6, CS Source, Call of Duty 4, Modern Warfare 2, Splinter Cell Conviction and some web games (for fun only). It is very easy to gauge a mouse’s performance in FPS but by playing web based games, you will be surprised how accurate your mouse should be (not all but some). I also tested the accuracy and acceleration of the mouse in Photo Shop to where precision is the key.

Starting of with 500 DPI setting, the mouse was as ordinary as any other $10 mouse but once I jumped the DPI to 1,000 a suddenly felt the difference. I am not a high DPI player but giving 2000 DPI settings a shot in CS (both variants) was a thrilling experience. It not only responded well to all the sudden movements and combo moves but it also provided well tracked target practice.

With COD series, the mouse was as good as the Logitech MX518 I use (and I absolutely adore). I also used Splinter Cell Conviction for testing purpose and the reason was simple, it is third person shooter which requires not only stealth movements but has a lot of quick action sequences from which the only way you can get out is if you have good aim and swift response to the enemies. Zowie EC1 did not disappoint.

Coming out the accuracy, acceleration and DPI settings there is however one thing which bothered me and that is absence of weights adjustment. This mouse has none. Now this is all a personal preference but I think being a gamer, for me this is a critical issue. I would like Zowie to come up with variable weight options in future series of EC1 which can not only enhance the performance of the mouse but will also win over many more gaming enthusiasts.

I also tested the claim of lowest lift-off distance of 1.5mm and they are right, the pointer just stick where it is as soon as the mouse is lifted off, thus avoiding any unwanted pointed movements for the gamers when they are in the heat of the battle. It is amazing to see as none of the mice I have used so far in any game can do this and it is a big advantage.

The over all movement of the mouse was a breeze due to heavy padding underneath and unlike Logitech or Razer mice, there were no fiber strands in the feet. I used Zowie G-RF mouse pad, which is also a unique product custom developed by Zowie for gamers.

Using in Windows and other Software

As I mentioned earlier, I also used Adobe Photo Shop just to see how good the accuracy and precision of this mouse is when used in applications other than games and I was not disappointed. I set the DPI to 2000 using the under mouse DPI button and the mouse was as good as any other tracking device I have used (comparing to Logitech MX510, MX518, MX1000, G5, Microsoft Sidewinder and Razer Lachesis). The smoothness of the mouse pointer was flawless as I moved the mouse and did some Photo Shop magic.

Zowie has come a long way since its entry into the gaming gear manufacturing and it is proving its worth by signing up the CS gaming Guru Emil 'HeatoN' Christensen, who also helped in designing this mouse.

An excellent buy for all the gaming enthusiasts who would like to try something new and reliable for a change. I am sure with more mice on their way, Zowie is a brand which will give a very competitive environment to already established brands like Logitech and Razer. 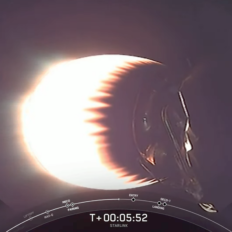