The Legend of Zelda: Breath of the Wild Champion's Ballad DLC

At this point, The Legend of Zelda: Breath of the Wild has won multiple Game of the Year awards, sold millions of copies, and it’s easy to see why. The open world somehow refreshed the series and it broke ground in a number of new ways, completely changing how we see the series and the way we interact with elements in game worlds. Brushing an arrow past an open flame to set it alight just seems like something that should happen in every game now. As such, hopes were high that the second “story” DLC pack to Breath of the Wild, Champion's Ballad would feel like experiencing all of that for the first time all over again.

Well, it’s not quite all that, but what is here is still the same sort of brilliant puzzle solving and gameplay that you experienced in the main game. Things begin with a four-part combat challenge on the Great Plateau, where Link wields a destructive one-hit-kill weapon, but also will die in a single hit - plus, that weapon is only good for killing two enemies before it needs to recharge. This alternative approach to combat is nice, and stealth-sneaking your way around the enemies is fun, even with the added pressure of being killed in one hit.

After each combat challenge you unlock a brand new shrine, with each of the shrines in the Champion's Ballad DLC feeling like the larger, more complex shrines from the main game. Once your first four combat challenges and completed the shrines, you’re sent on a quest to complete four sets of three shrines located near the four Divine Beasts, each with unique methods of entrance which will see you revisiting a few world bosses and solving a few minor puzzles in the overworld - nothing major, but nice reasons to get out and explore the land of Hyrule a little bit more.

But that’s really the issue. There’s nothing major, aside from one final dungeon - and while that dungeon is impressive in scope, the puzzles are nothing too taxing for anyone who played the rest of the game, and it’s forgotten about after maybe an hour, at the most. This is the bulk of the content in the Champion’s Ballad.

When it comes to “story” content, each of the set of three shrines located near the Divine Beasts will reward you with a small cutscene, usually of them interacting with Princess Zelda - but again, these feel supplemental and not like an important piece of the Breath of the Wild history. I still don’t really know who the Champions are, and while the added information is nice, it’s not enough. It doesn’t feel like a satisfying reward.

What is a satisfying reward, however, is Link’s motorcycle. Rewarded to him for completing the final challenge, it’s summonable with the Shiekah Slate and is fueled with materials and food. It’s, well, great. Faster than horses and much better for the photo gallery, it’s fun to ride around and mess about with - but of course, the Champion's Ballad DLC is only accessible at the end of the game, and therefore when you get the bike all you have left is, well, messing around for fun. No real reason to ride the bike. It would be nice if there were some bike challenges - make-shift race courses - but there’s nothing of the sort. It feels like a missed opportunity.

Missed opportunity basically sums up the entire Champion's Ballad DLC expansion. The Legend of Zelda: Breath of the Wild was such a monumental game that I suppose it was too much to expect the same sort of quality to be brought through to the DLC. While what is here is loads of fun and interesting, I’m not sure I feel the price of the season pass is worthwhile. The first DLC pack was underwhelming, and while the second is far more substantial, I’m not sure it redeems the first and makes the season pass better value.

The shrines here are great and the extra quests are nice, but the moments of genius that made Breath of the Wild great aren’t here, and that’s a shame. Still, though, anyone looking for another reason to return to Hyrule will enjoy the new challenges and puzzles while they last.

Review code provided by the publisher. You can purchase the Season Pass on GameStop. 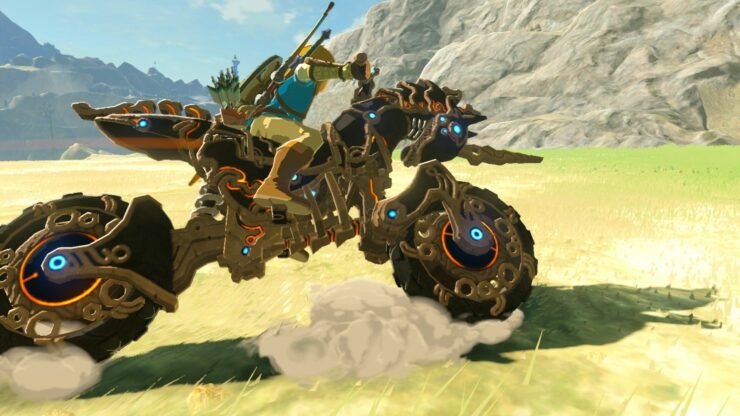 7.5
Wccftech Rating
The Legend of Zelda: Breath of the Wild Champion's Ballad DLC

The Champion’s Ballad DLC is a nice addition to Breath of the Wild, but not an essential purchase. Great for people looking to return to Hyrule, but casual Zelda fans might want to wait for a sale.

Zelda: Breath of the Wild Split-Screen Mod to Launch This Week