Even after playing DOOM on Nintendo Switch last year, I had my doubts about this port. In fact, I likely had doubts about this port precisely because of DOOM. We all know that DOOM on Nintendo Switch is a shockingly good port for the system, but slowdowns and frame drops still happened, coupled with motion blur that could at times render the image to be, well, a struggle to comprehend. Wolfenstein II: The New Colossus is, in my opinion, a better looking game than DOOM, so I didn't expect much from the Switch port. More frame drops than DOOM exhibited is what I expected. Blurrier textures and poor performance that would make it difficult to run and gun the way I wanted. But I am so happy to say that I was wrong.

In case you've somehow managed to avoid the hype around Wolfenstein II, the game takes place in America post-Nazi invasion, and sadly the populace have become accustomed to white supremacy and Nazi control. BJ Blascowicz leads the revolution against them as he becomes public enemy number one in his own country. 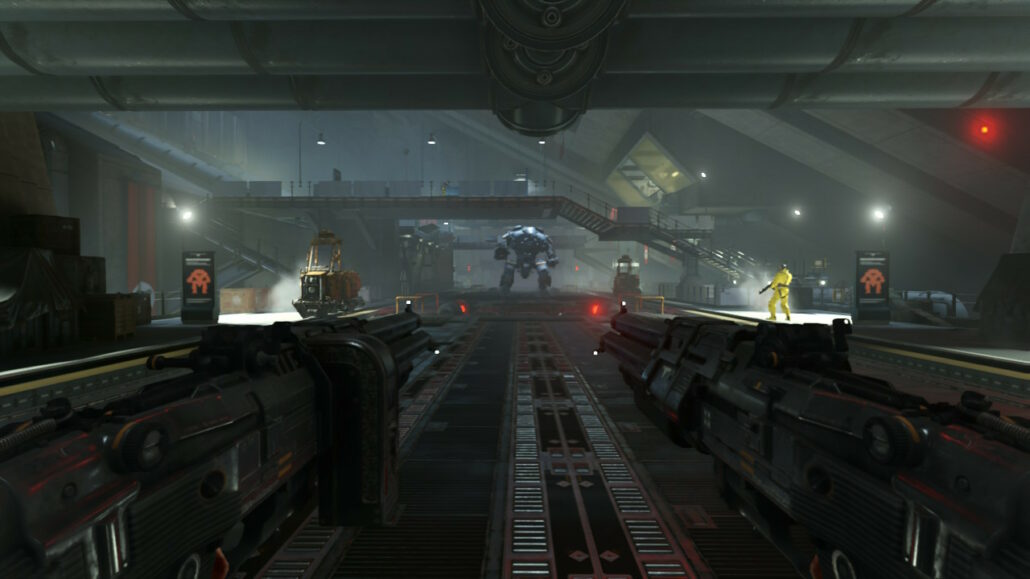 What follows is a bombastic, explosive and exciting ride. BJ steps back into the past for reflective, contemplative moments, punctuated by high adrenaline action, with buildings being torn from their foundations as you struggle to stay on your feet as gravity flips you on the walls. Lumber tumbling in from broken beams, walls and supports slams around the room using real-time physics which the Switch actually handles incredibly well.

While on DOOM I could find frame drops fairly regularly - and those, coupled with motion blur, really hampered the multiplayer experience for me - but on Switch, the game just felt smooth pretty much all the time. There were absolutely moments where the framerate noticeably dropped, but they were rare and brief, and most of my experience was incredibly smooth. Superb.

Which is good, because the action gets intense, and you need stability so you know what's going on. Of course like in any good shooter you get a variety of weapons, from pistols to heavy lasers that tear through enemies. From small enemy grunts to hulking behemoths and speedy robots, there's plenty of enemy types to tear through, and of course the environments you're in and the ammo available to you impacts how you'll play. 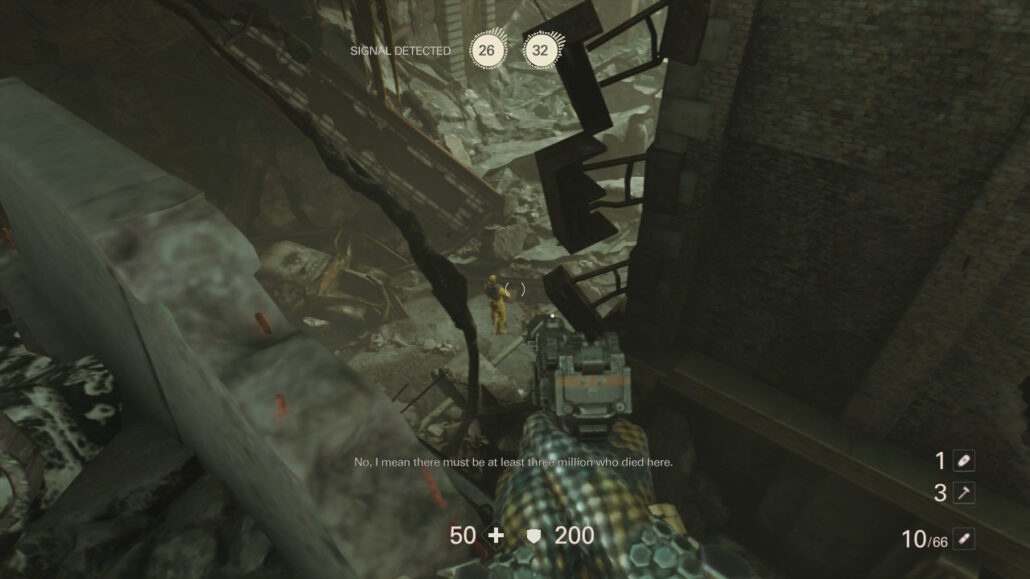 Personally, I found myself adoring running up to the biggest guy in the room with two shotguns, blasting away with both as fast as possible. Decapitating opponents with well aimed shotgun blasts is one of those simple pleasures that just never gets old. And what's most shocking, is that some of the game's most impressive visual effects are, mostly, intact. Nothing in Wolfenstein II on Nintendo Switch looks as good as any other version, frankly, not even the pre-rendered cutscenes, but the game still looks great thanks to retaining low res versions of many of the effects. I expected the laser weapon which can melt through enemy cover to have the cover melting effect either removed or have it destroy framerates. Instead, it's here, and although it might not be as impactful, it still looks really good.

Playing Wolfenstein II in a handheld format really does change how you enjoy the game, which is great, but the long load times into missions, long cutscenes, and a slight delay that happens whenever you pause the game, but these are minor complaints in the grand scheme of things - the fact that the game runs as well as it does on the Nintendo Switch makes all of these small caveats completely forgivable.

While running and gunning in Wolfenstein II is, frankly, wonderful, the tone and pacing of the game sometimes feel a bit… off. Some story scenes feel a bit heavy-handed, although they are effective in conveying the story beats the game wants. Although it's frustrating having the game flip between the two. One mission might be adrenaline-fuelled action, and the next might be an incredibly slow chapter, dedicated to story and character development. It's necessary to have both of course, but I felt a bit whiplashed going between the two. Though perhaps that's the intention - Blascowicz is a troubled man, with a troubled past and a tougher present. It's hardened him and changed him, and he struggles to express his emotions. Perhaps this violent back and forth in the narrative represents his inner turmoil, one of an angry army man fighting against Nazis, and the other a young boy still afraid of his abusive father. 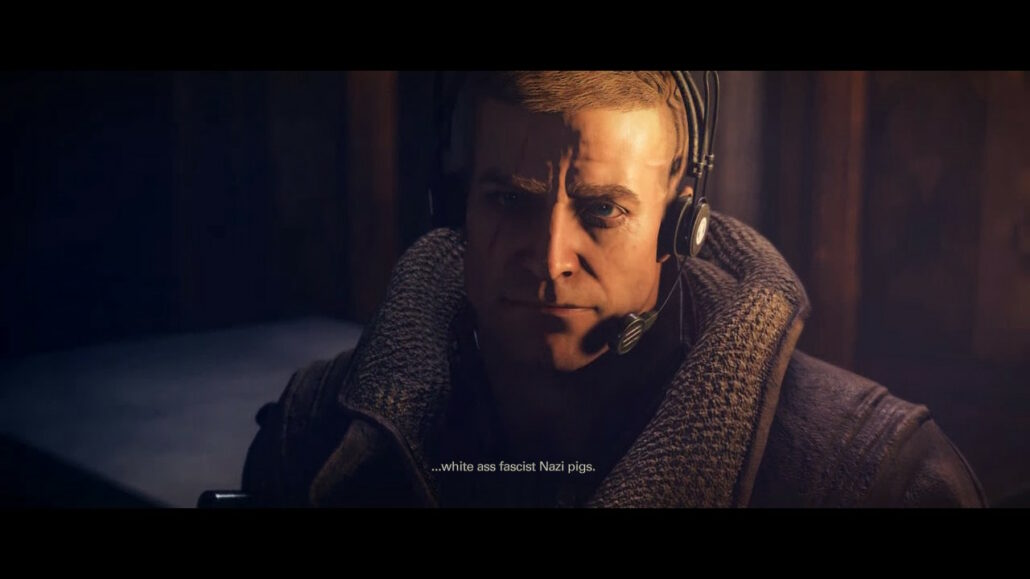 In case it wasn't clear, Wolfenstein II is a title that can either be a reflective, contemplative piece of the state of our society and how we treat other creeds and races, or it can just be a bombastic shooter where you kill Nazis. It definitely does one better than the other in my opinion, but it's well worth playing for both, as already pointed out by Chris when he reviewed the game on PC. And on Nintendo Switch? It might just be the best shooter campaign on the console.

Wolfenstein II: The New Colossus is possibly the best shooter campaign available on the Nintendo Switch, with some impressive graphics. The image can be occasionally blurry, and the game definitely runs better elsewhere, but this is a great example of technical wizardry on the behalf of Panic Button, not to mention a brilliant shooter for all Nintendo Switch owners to enjoy.