We all know what to expect from DOOM. Demon faces being smashed left and right, pools of blood in our wake, bullets flying everywhere. This is DOOM 2016, the same game you’ve likely already played and loved, but in a handheld form factor. Fitting it into that form factor, on a console much less powerful than what we’re used to, has been the task of Panic Button Games. Now, the question is, can you fit one of the biggest, fastest modern shooters available onto the Nintendo Switch? 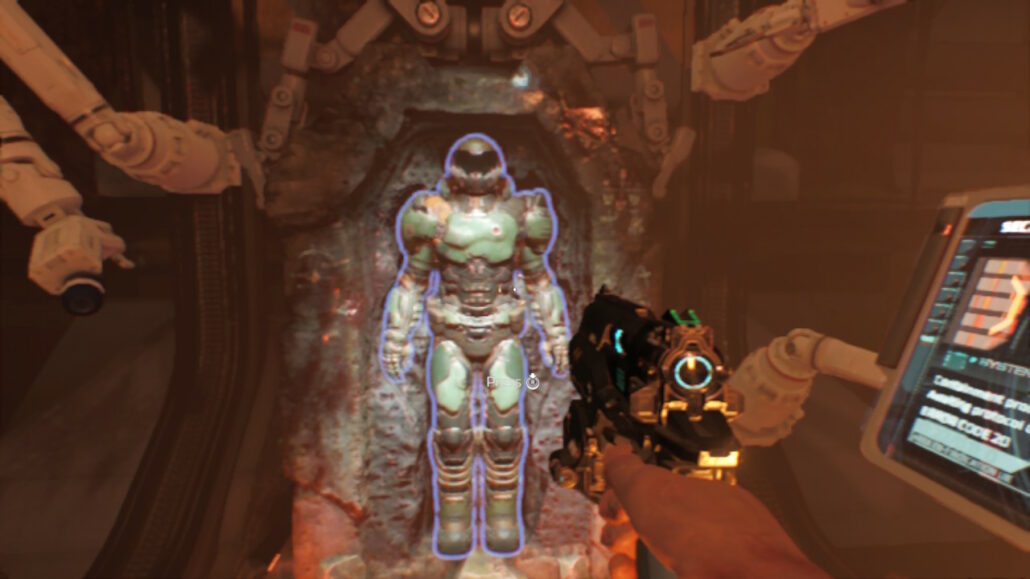 For the most part, I feel the same as I did in our DOOM 2016 review. It’s fast, visceral, and you never have to either reload or aim down sights, ensuring every moment of gameplay is dedicated to ripping and tearing down demons, instead of distracting yourself with inventory management or bullet preservation. This is about letting loose, going in loud, and really holding nothing back.

And still, a year and a half after first playing DOOM, it still feels somehow refreshing, not having to worry about cover shooting, not even worrying about myself, I can just rush into a horde of demons, set off some explosions, and as long as I perform plenty of fast, gruesome glory kills, I’ll get all my health and ammo back and more. Shooting and taking down demons feels so satisfying, a feeling that typically doesn’t let up until late in the game, if you ever get bored of it at all. 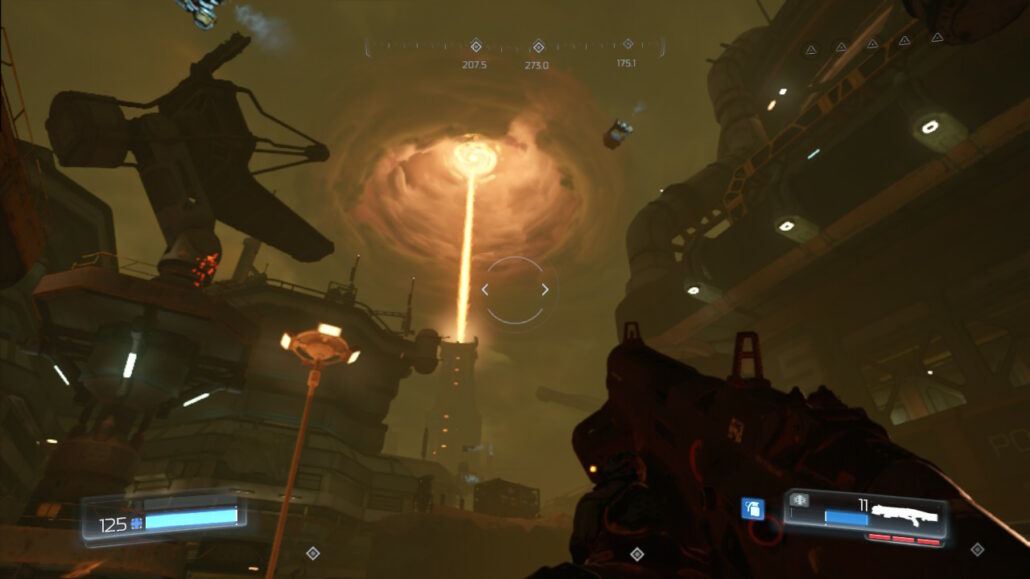 And with DOOM for Nintendo Switch, you can slaughter demons absolutely anywhere. Rip and tear on the train, on the bus, on the plane, heck, even on the toilet, one of the most brutal places to play video games. But with the Switch comes compromises. As I said, it’s a less powerful console, and this is one of the first games of the modern generation we’re seeing a straight port for on Nintendo Switch. And for the most part, this port succeeds.

Let’s not beat around the bush; DOOM for Nintendo Switch has its playability impacted by the lower framerate. It just does. Even when holding a perfectly stable and smooth 30FPS, swinging the camera around reveals a more-than-healthy amount of motion blur, and frankly, it’s far more difficult to orient yourself, let alone keep track of the fast-moving demons leaping about the stage. Personally, I played the original DOOM on PC, with average framerates hitting 100FPS or above, easily, thanks to DOOM’s excellent optimisation, and this is just a clear step down in both graphical fidelity and overall playability when in comparison to PC or even console versions. 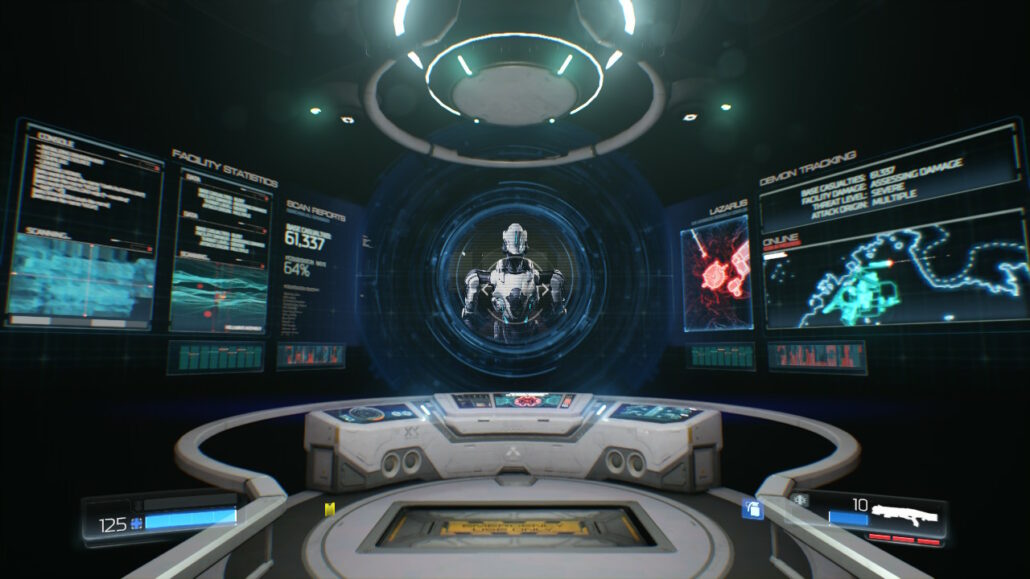 However, they’ve done a remarkable job getting DOOM running and running surprisingly well. The fact is, you won’t be able to cut loose in DOOM on Nintendo Switch the same way you can with higher framerates - unless you’re some kind of gaming God. Put simply, there’s just not as much visual information to process. But despite all of that, it’s so enjoyable to play. Running through stages, letting off explosive shotgun blasts and smashing demon skulls against handrails is all here, and to say that it was unplayable on Nintendo Switch would be a complete lie. The fact is, this is more than playable; this is still an incredibly fun version of the game.

Though, it doesn’t quite continue throughout. During the campaign, outdoor areas may leave you with some frame drops; nothing major, but observable slowdown, definitely. During Arcade Mode, where you’ll be running through campaign missions as fast as possible with extra explosives and points flying across the screen, well, here the framerate drops very hard. Suddenly missions which in the campaign ran fairly well can completely destroy the framerate, to the point where for brief periods it feels like you can count the frames. 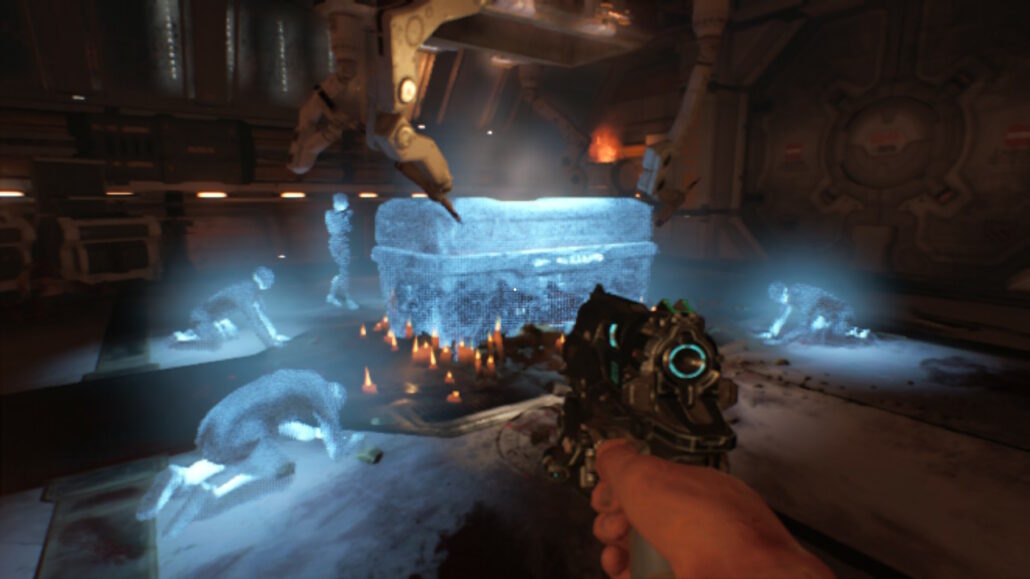 Visuals are slightly downgraded across the board too, of course. Textures are lower quality, as you’d expect, and the entire presentation is just lesser. Blurrier image quality almost everywhere you look, and getting up close to objects in the environment will always reveal pixelated textures. From a distance, however, when not looking for these differences the Nintendo Switch version of DOOM holds up remarkably well in comparison to the other console counterparts.

All of these minor issues carry across to both Handheld and Docked modes; but also, that means both handheld and docked modes are equally playable. Whether sitting around curled up with handheld mode, or sat back with a Pro Controller in docked mode, I was still enjoying getting back to DOOM. It’s an addictive way to unleash some stress. 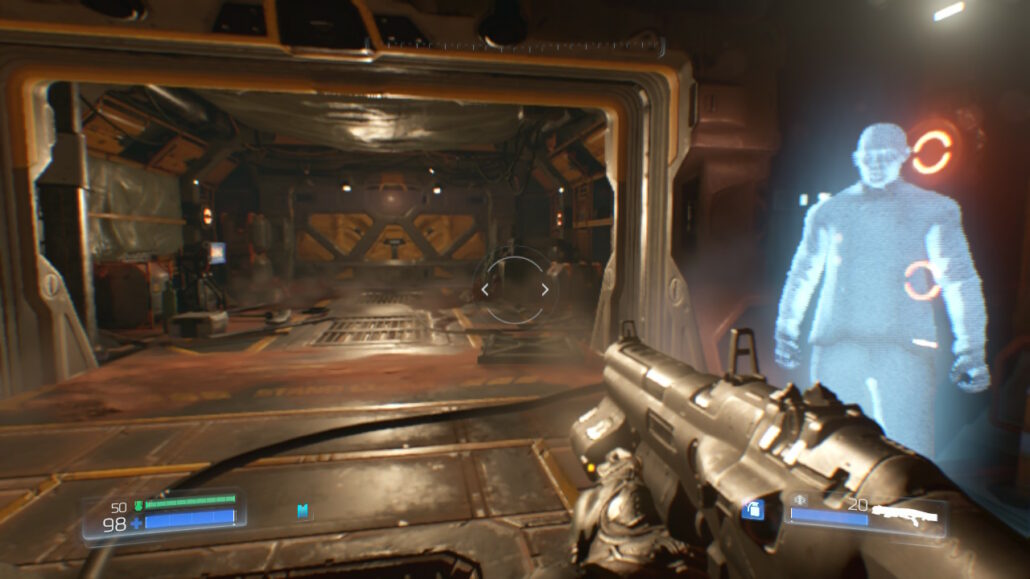 Multiplayer is available on DOOM for Nintendo Switch too, and while servers weren’t available yet for us to test online, we were able to play with bots locally (which you can see in the video below). Multiplayer is surprisingly playable, with all of the DLC and content additions we’ve seen on the PC and console versions of the game coming included. Again, framerate and smoothness are both taking a hit here, but it runs well and I couldn’t help but enjoy myself, even while fighting against bots.

But unfortunately, I’m not done moaning about DOOM for Nintendo Switch. There are a few bugs, nothing game breaking, but they're there. You’ve already heard me wax on about framerate, but there are also some minor audio issues - a loud, bass-heavy tone echoed through my subwoofer on more than one occasion, and it certainly wasn’t an in-game effect. But, to be clear, these are minor issues that will stand out as odd and notable but will not ruin the experience in any way. 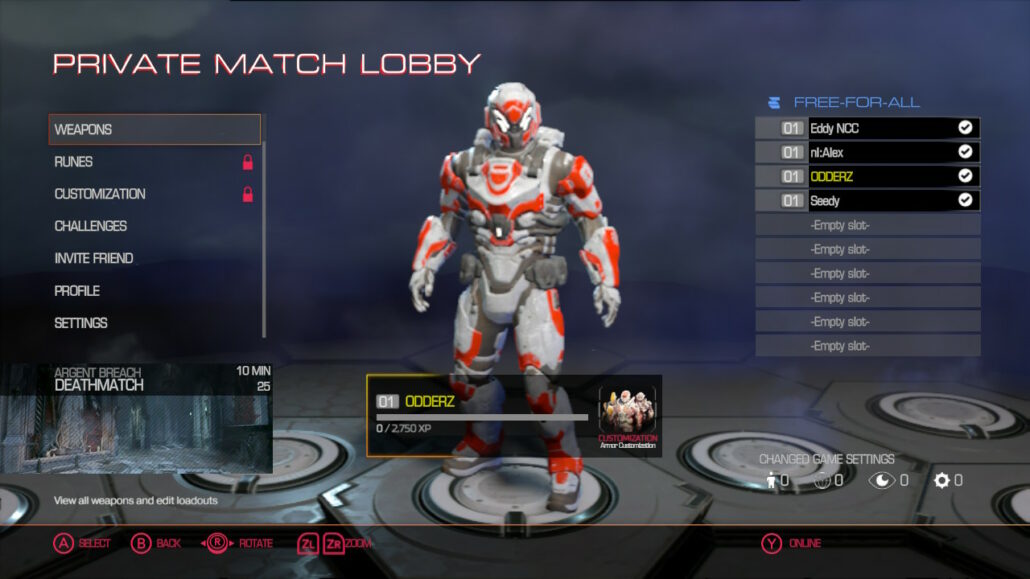 I feel guilty writing this review because ultimately, people want to know about how DOOM for Nintendo Switch runs, how it shapes up in comparison, and the fact is it falters in many ways, especially if you really want to compare directly. However, none of this appreciates the fact that this is a full console game running on a console which is the same size of the Blu-ray drives you’d usually put your DOOM disc into. It’s a massive technical achievement, and they’ve made DOOM manage to be still loads of fun, even in a handheld form factor. It really is groundbreaking stuff, truly impressive - and on top of that, it’s still the same game we loved last year, complete with all of the DLC additions and Arcade mode. But unless you specifically are looking for a handheld version of DOOM to play out and about, it’s a bit of a difficult sell.

DOOM on Nintendo Switch runs a fantastically fun, playable version of our favorite console shooter, but it can’t be denied that optimizations and the lower framerate make for a less pretty, slightly rougher version of the game. Despite that, if you want a handheld version of DOOM, I still can’t help but recommend it. It plays well for the most part and is still loads of fun and a refreshing experience, even a year and a half later.