When thinking about video games set in the wild Old West, the Red Dead Redemption series instantly comes to mind, and for very good reason. The two open-world games made by Rockstar Games are not only great in their own right, but they are also among the few ones that allow players to live the outlaw life with little to no limitations. However, the Undead Nightmare expansion for the first entry in the series showed how the Old West could be something more with the addition of supernatural elements that could turn the setting into an even more interesting one.

This is exactly what WolfEye Studios has done with its action role-playing game Weird West. Alongside cowboys, outlaws, gunslingers, and poachers, the game features plenty of supernatural elements like zombies, werewolves, crazed cultists, and gangs formed by human-eating monsters that seem to fit perfectly with the setting. Add in some immersive simulation elements and a living world that dynamically reacts and changes depending on the player's action, and you get an extremely memorable game, even with its issues.

Right from the start of the game, it is clear that Weird West isn't your regular action role-playing set in the Old West. In the introduction, unknown figures discuss something mysterious that seems to involve the player, who will have to undertake five different Journeys to fully understand what is going on. The five Journeys are centered on five different characters - the Bounty Hunter, the Pigman, the Protector, the Werewolf, and the Onerist - who all have their quest to complete. These quests are quite interesting, ranging from the Bounty Hunter's mission to save her husband to the Pigman's quest for revenge, and feature some rather wacky characters that, while lacking any in-depth characterization (save for a few), make the time in the Weird West rather fun.

What truly elevates the story in Weird West is how the five Journeys are connected and how they come together in the final one. For much of the Bounty Hunter's story, for example, it is not yet clear why her quest matters in the grand scheme of things, but after learning of the Brand and meeting some important characters along the way, it becomes more clear that there is indeed something very strange going on. During the following Journeys, things become clearer and clearer, and the story reaches its culmination in the Onerist Journey, which provides all the answers and tasks players with making a decision that will change the Weird West forever. The mystery surrounding the Brand and why it matters so much make the around 40 hours or so needed to complete the game very engaging from beginning to end.

While the Weird West story is more than reason enough to play the game, especially for players into unique renditions of certain time periods, the gameplay elevates the entire experience as it grants players massive amounts of freedom and gives them the chance to impact the game's world considerably.

At its heart, Weird West is an action role-playing game featuring a top-down view where players explore a variety of locations to clear quest objectives and move the story forward. What truly sets it apart from other similar games are the immersive simulation features, which make the world dynamically react to what the player is doing. If you decided to decimate any settlement's population, for example, the place would become abandoned, and far worse creatures would eventually settle it. If the player wants to be known as the champion of the common people, completing simple quests from regular NPCs will allow them to become incredibly popular, so much that their name can end up in the newspaper. NPCs that have been helped will also randomly appear in combat if you are in a bind, helping you get out of a sticky situation as you helped them do the same.

If bounty hunting is more your thing, you can go after many wanted criminals. By killing them or taking them to the sheriff, the player's reputation will grow, which will result in people recognizing you on the streets and shopkeepers even giving you discounts for your service to the community. Bounty hunting, however, comes with consequences, as gang members will initiate a vendetta, and they may randomly appear in locations full of hostiles to make your life even harder. Apprehended bounties will also do the same, highlighting even more how every little action has a consequence in the world of Weird West.

Needless to say, these gameplay systems make the experience highly engaging, so much that you may end up forgetting about your main story quests and just decide to simply live your life in the Weird West. While this does feel a little dispersive at times, the fact that even already explored locations can change depending on a variety of factors and that secondary locations are randomly generated on each playthrough makes it very easy to get lost in the Weird West and love every second of it.

Freedom is the name of the game in Weird West when it comes to combat as well. The game not only provides you with different tools to take out all sorts of enemies, ranging from your regular Old West gunslingers to zombies, wraiths, and werewolves but actually incentives you to experiment with different elemental interactions. Water, for example, conducts electricity, so it is possible to enhance these attacks by dousing the enemies with water. Oil burns with fire, so using a fire elemental attack on oil will make it more devastating. Pretty much every random object in Weird West can be picked up and thrown at the enemy, and some wild interactions will allow you to win fights without shooting a single bullet. Stealth is also an extremely viable option, also due to the enemy AI, which isn't the brightest at times. Other times, however, enemies inside buildings will hear you even if you are outside and seemingly not making much noise, making the experience feel a little inconsistent.

Aside from these interactions, the Weird West combat system is relatively straightforward. Each character can use different weapon types like guns, rifles, shotguns, melee weapons, and throwable weapons like dynamite that come with different properties. Each character can also learn a set of common weapon abilities and abilities specific to each character, allowing players to develop some exciting builds. The perks system is also quite extensive, allowing players to tailor characters to their playstyle. The best thing about the character customization system is that it feels incredibly natural. There are no experience points in Weird West, as abilities and perks are unlocked by using special items found all over the world. These items are relatively simple to find, so players will hardly feel limited. Perks also carry over between Journeys, so you can invest in them without worrying about lost progression.

Weird West also features a very cinematic combat ability that slows downtime when dodging while aiming a ranged weapon. This ability, unfortunately, makes combat almost trivial in most cases, as it is considerably more powerful and easier to use than most abilities. It is a shame, as this ability often became a shortcut to victory during my time with the game, and the fact that AP restorative potions are so widely available only made me abuse it even more. As the developer aims to continue supporting the game after launch, I can definitely see this ability getting tweaked so that it cannot be abused too much to make combat too easy, at least at Normal difficulty.

Weird West also delivers when it comes to its visuals, featuring a very pleasing cel-shaded style that works well for this unique rendition of the Old West. Character models and locations aren't particularly complex or detailed, but the great lighting usage makes everything quite pleasing. The game's performance is generally solid, as it runs at 4K resolution, mostly High settings at 90, 100 FPS most of the time on the machine used for the test (i7-10700 CPU, RTX 3070, 16 GB RAM). Some noticeable drops happened with multiple explosions or when raining in towns, but a little tweaking of the settings improved performance in these situations as well.

Unfortunately, Weird West isn't free of technical issues. During my playthrough, the game crashed multiple times, sometimes even locking the entire system and forcing a reboot. The physics engine works decently most of the time, but there will be times when a thrown item will not behave as intended, potentially leading to unwanted open combat. Controller support is also a little spotty and could be improved, especially regarding the controls for throwable weapons and shared inputs. Too many times, I entered or exited a location when all I wanted to do was reload my gun.

Even with its issues, Weird West is a highly engaging action role-playing game that fans of the genre will surely love, thanks to its gripping story, unique take on the Old West setting, and immersive simulation features. Some balancing and technical issues damage the experience a bit; still, if you wanted nothing more than to hunt zombies and werewolves with your revolver, kill vultures with your kicks, and generally experience a world you can actively shape, these issues will not matter all that much. 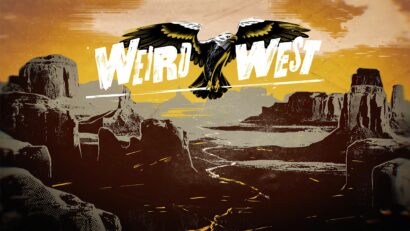 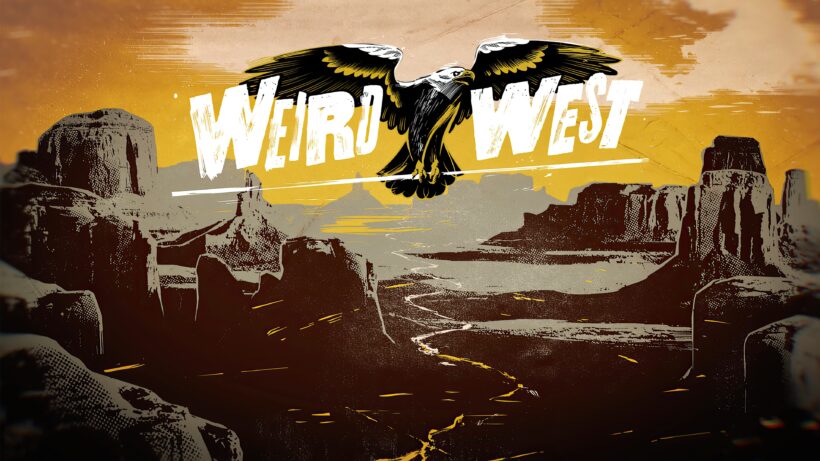