WarioWare: Get it Together!

This might seem like a weird place to start the review off, but did you know that I am in absolute love with Rhythm Heaven? The pacing of the mini-games and the art style blend beautifully to make a very fast-paced and cute-looking game series that is easy to pick up and fun to play. So, because of that, you'd expect that I would be head over heels about the WarioWare series. Unfortunately, that is not the case. First things first, though.

This game is the 9th entry in the series, and it brings back the microgames WarioWare fans know and love. However, this entry also brings a new way of play... In fact, it introduces several new ways to play the game with a unique gimmick that involves Wario and his pals from his company, WarioWare, Inc.

Where does this fit into my earlier talk about Rhythm Heaven? Well, the art style of the game was brought by Ko Takeuchi. If that name sounds familiar to you, you're just as big of a Rhythm Heaven fan as I am. He has been involved in the Rhythm Heaven games since Tengoku on the GBA. I'll get more into details when I talk about the game's visuals, but just seeing that art style coming back for WarioWare made me look forward to this.

How's the game itself, though? Let's start with the story. 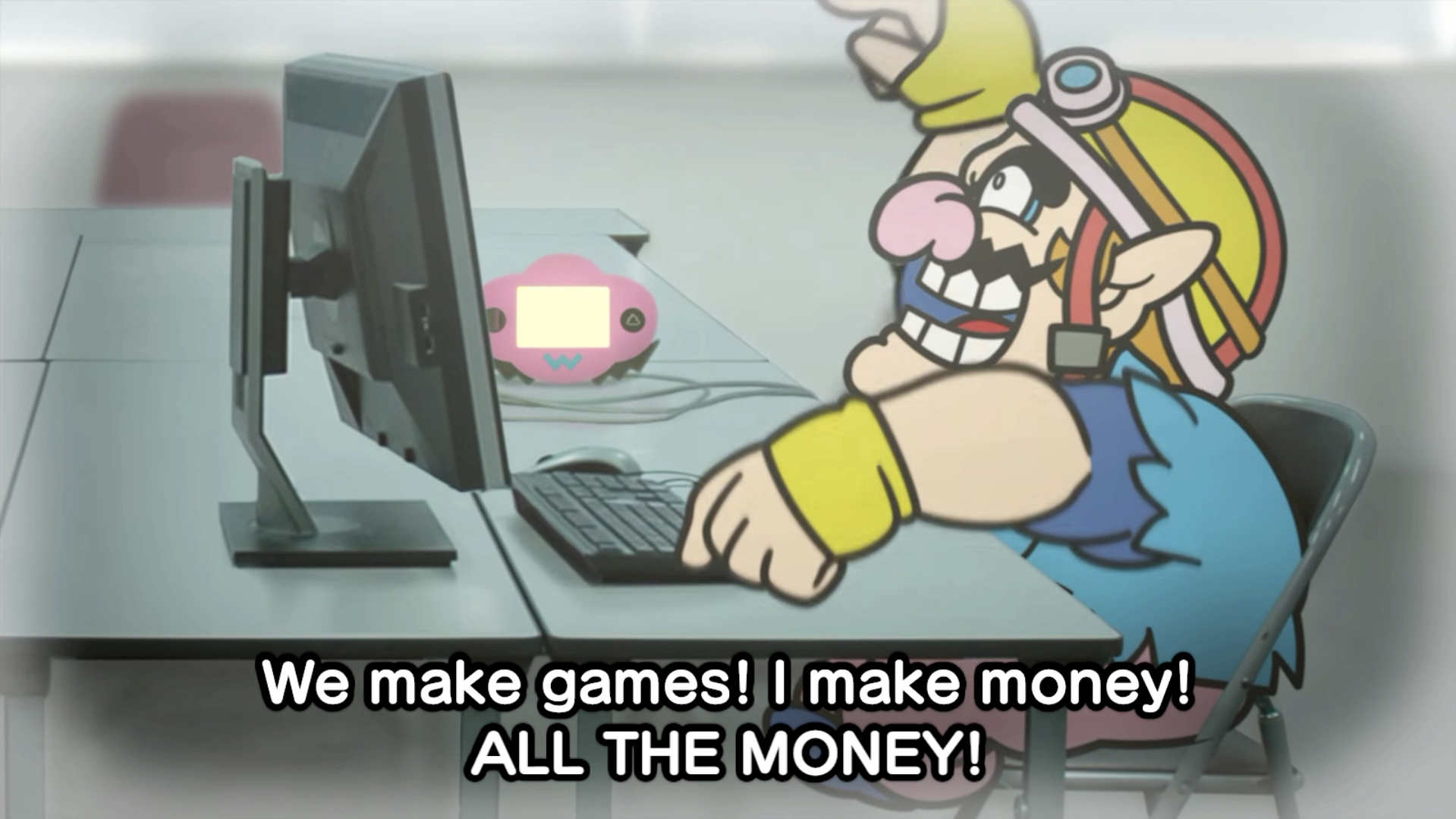 We all know Wario; he's always looking for ways to make a quick buck. That's why he created WarioWare, Inc. to begin with. On that note, WarioWare: Get It Together! starts with the release of a new video game called Super Pyoro. This video game is so hyped up that the people of Diamond City are queuing up to get it on the date of release.

Meanwhile, in WarioWare, Inc.'s headquarters, Wario finishes the "Development" of his latest get-rich-quick scheme: a video game made by him and the employees of his game development company. However, when the time comes for the game's testing, Wario finds out that it doesn't work properly. In fact, everyone ends up finding out that there's something wrong because a bug causes the entire crew to be sucked into the game.

In the game world, Wario and his friends discover that they have unique abilities. From there, it's up to them to group up and then get out of their own video game using said abilities to go through several of the game's levels and squash any bugs or glitches that may be found along the way.

Hilariously enough, it's revealed later that Wario himself caused the bugs behind this entire ordeal. That's right, Wario sucks so bad at game development that he riddled his own video game with glitches. Not only that, but those glitches also had to be corrected by the staff of WarioWare, Inc. from the inside. However, a much larger presence makes itself known, and it's up to the crew to find out what happens (and maybe find some treasure for Wario to fawn over).

As you can see, the game's story is light, and there's really not much to be spoiled. You can pretty much be done with it in maybe 2 hours, assuming you go through each stage without any retries. However, the real meat of the game is the microgames. 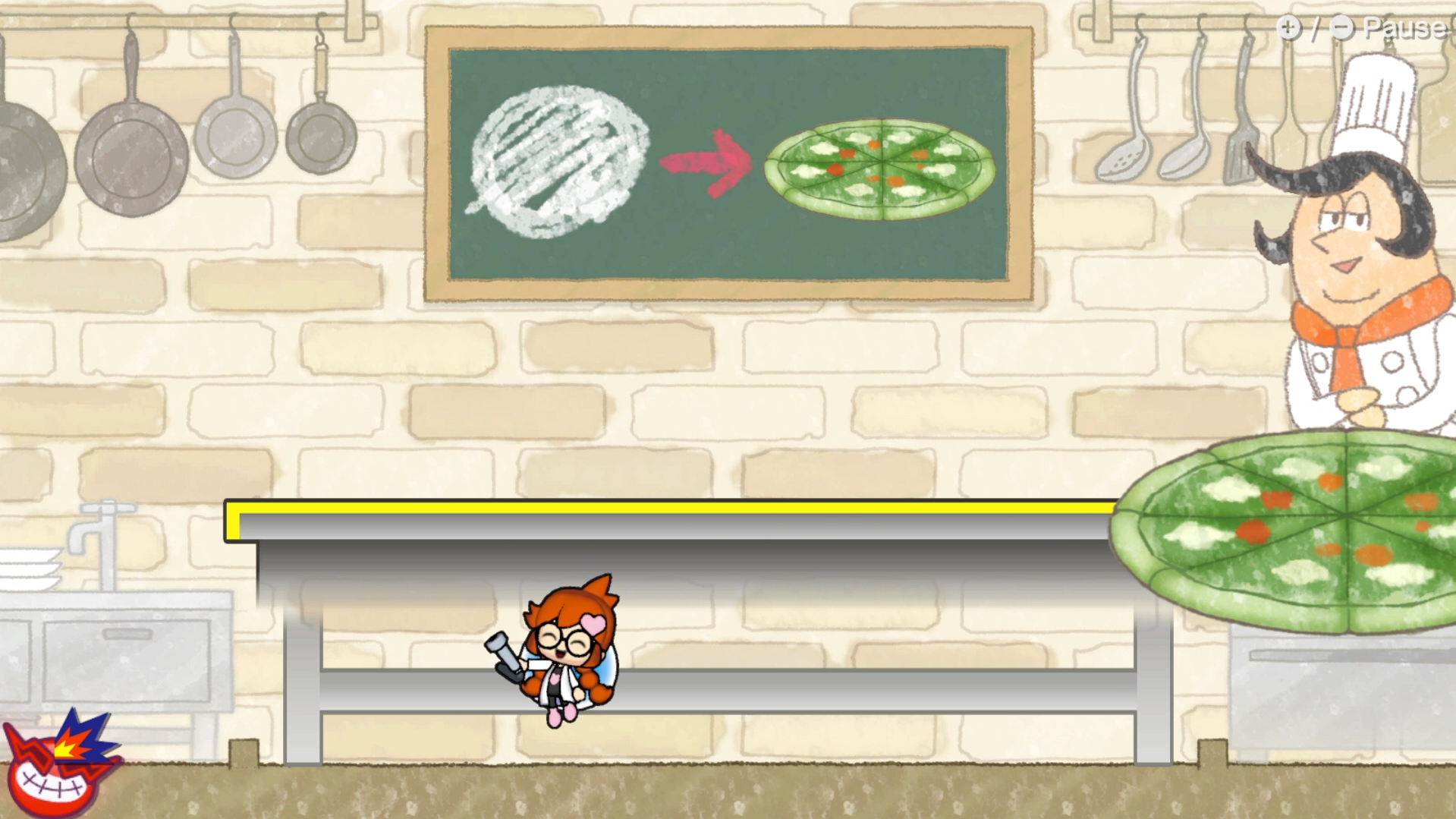 The difference with previous entries in the series is that now Wario and company will be involved in the game. Each character brings their own playstyle and methods to clear each of the 200+ microgames that are available. Some characters are tougher to use than others, and sometimes, a certain character might be better suited for another microgame.

My favorites to use were Cricket (a character that can move to the sides and jump), Mona (she always moves with her scooter but can throw a boomerang which can be manually controlled), Ashley (she roams freely while being able to shoot projectiles), and Dr. Crygore's daughter, Penny (she uses a water propulsion system that can be aimed with the stick). However, it was fun to explore the different ways each character would clear different puzzles.

In WarioWare games, it's all a matter of quickly assessing what you need to do and then completing the puzzle before time runs out. However, this is where the character system fails a bit because, as I mentioned before, some characters are better suited for the challenges than others, which really shows in certain areas.

The thing is that in WarioWare: Get It Together! some of these microgames tend to become way harder to do because of the gimmicks attached to certain characters. Someone like Cricket might be able to peel a mask off a person without an issue, while 18-Volt massively struggles to do it because he doesn't move at all.

Thus, this leaves me with the choice of whether or not I want to have an optimized experience or a challenging one. While WarioWare: Get It Together! does reward using the harder characters, the rewards only amount to more coins to use in the gacha machine that yield prezzies, which can be given to other characters to level them up and get cosmetic changes.

Essentially, I ended up using the characters I'm comfortable with with the slight possibility that I might need to use harder characters to get more coins so I can feed more levels to the characters I already use. I like some of the complex characters (otherwise, I wouldn't be playing Penny), but I find this can be too chaotic for someone who just wants to have fun with simple minigames.

What was a task of pressing one button to count how many racers pass the goal now becomes figuring out how to click the button with the character you are dealt with (because in Story segments, you have to pick up to 5 characters, and each mini-game starts you with a random character from your picks) and doing it before the in-microgame timer expires or before the task is failed.

Is this a good thing? Well, it depends. More skilled players will find joy in challenging themselves in this new way, while some other players might find this a bit too complex for what's supposed to be a party game. Ultimately, whether or not this is appealing depends on what you like about mini-game compilations. 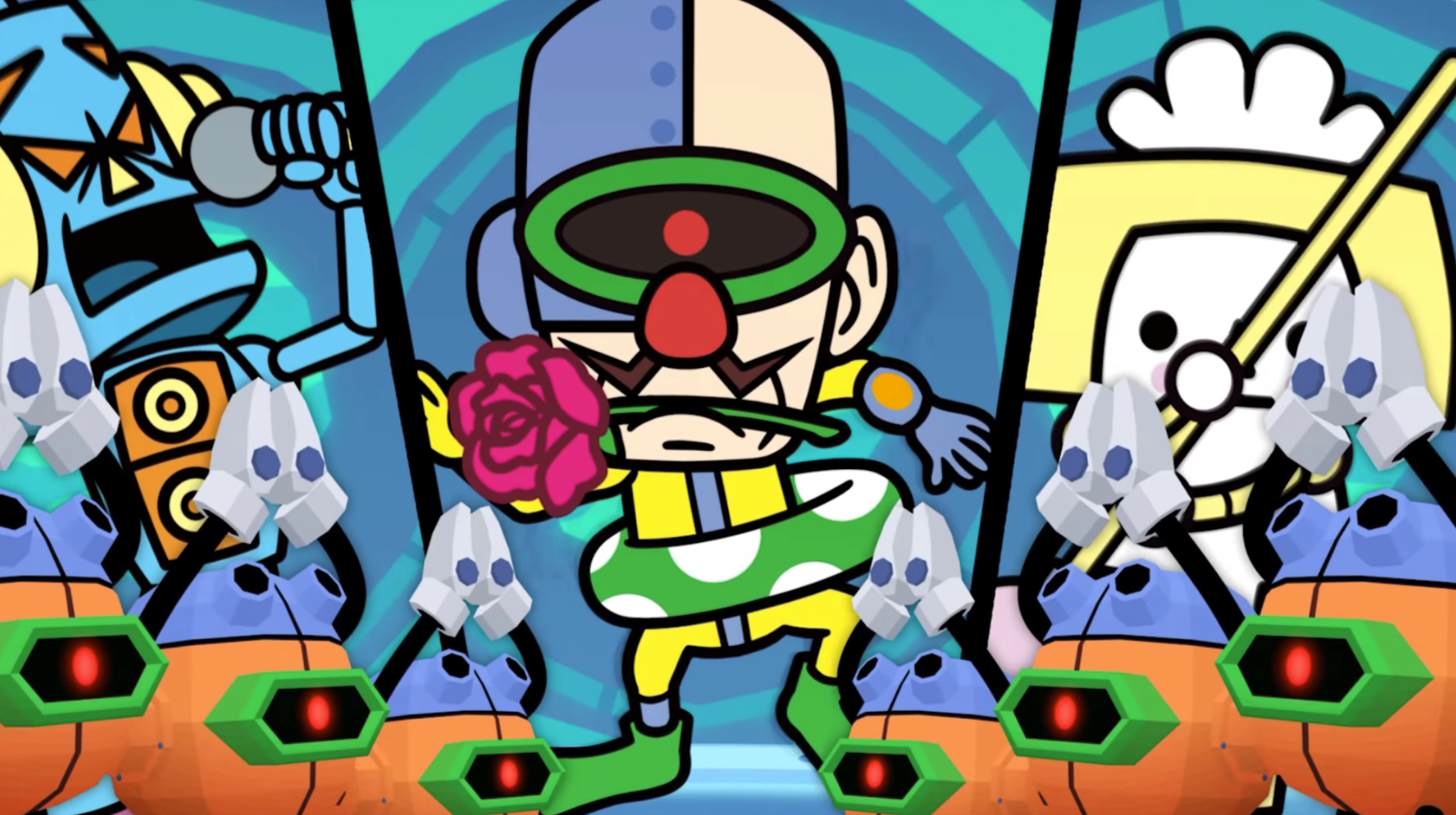 WarioWare: Get It Together! is similar to previous entries in the WarioWare series in terms of presentation. The minigames feature multiple kinds of visuals that are simple to pick up on. Some use a papercraft style while others use scribble-like animation, while others use 3D visuals. Some mini-games also feature cameos from other video games and adapt their visual style to the one in Get it Together.

I was wowed by the Rhythm Heaven cameos that appeared every now and then in some of the mini-games. I guess the way that Penny's stage works (as the mini-games are timed to the game's music) is what made me gravitate toward her as a character choice since the song sounded like something you'd hear in Rhythm Heaven.

Anyways, enough with the comparisons. WarioWare: Get it Together! is a good casual game that you'll often bring up to play with your friends. The easy to pick up and hard to master nature of the series is there for players who want to get to the highest scores. If you're tired of the mini-games or want another spin on the characters, the game also brings Variety Packs where you can use the characters to go through courses or fight against other characters in arena-like environments.

I think that WarioWare: Get It Together is a game that you're supposed to play in short bursts. You play it for a bit, get amused by the mini-games, or you play them with your friends, and then move on to something else. I'll definitely be using this as my replacement for several "Kill the time" games I play on my phone, that's for sure.

WarioWare: Get it Together! retains its easy to pick up and hard to master nature while adding a bit of a challenging element through its newly implemented characters. However, this can work against it as the layer of complexity may alienate fans who want to optimize their performance because of the way some characters are designed.