Fire Emblem has come a long way in the last 15 years. The series' humble beginnings on the Famicom and beyond are mostly lost among fans of the franchise outside of Japan, but I've been following it, like many fans, since the first few localized games on the Gamecube and Game Boy Advance. Since then the series has essentially looked be to be near-canceled and had a miraculous recovery which skyrocketed it to be one of Nintendo's biggest and most important IPs. And while the most hardcore fans have plenty of complaints when it comes to the direction of the series in the modern-day, it's hard to argue that it has been anything but high quality. And that continues with Fire Emblem: Three Houses.

Finally, Fire Emblem steps back onto home consoles for the first time since the Wii (Tokyo Mirage Sessions #FE definitely doesn't count) and it does so with a bang. Fire Emblem: Three Houses is, without a doubt, one of the best Fire Emblem games to date, bringing with it some of the most beloved features that the franchise has adopted over the years, eschewing some old ones, and cementing a brand new style for the franchise.

Three Houses begins with yourself and your father Jeralt coming across some rogue bandits and quickly getting wrapped up in a small scale skirmish between the rogues and the local Church of Seiros. After helping to quell the battle, your father is recognised by members of the church, and before you know it, you're being whisked away back to the monastery of Garreg Mach, the religious heart of the continent, and peaceful territory between the three ruling kingdoms.

Your skills in battle are apparently exemplary, and you're quickly asked to become a professor at the monastery, which instructs nobles and warriors from across the continent in leadership and battle skills. You pick from one of the titular Three Houses, the Black Eagles, the Blue Lions, and the Golden Deer. Whichever house you choose at the beginning of the game will impact the rest of the story, and as such, you'll be playing through the game three times in order to see the events unfold from all sides. A bit like Fire Emblem: Fates, but at least you won't be buying separate editions of the game to play through them all.

As a professor, you'll be nurturing the pupils of your house, and guiding their growth. Both in a personal sense and in their battle abilities. The game takes cues from the likes of Persona and slice-of-life style management games. You'll have set amounts of free time to do with as you like an participate in a range of activities, such as cooking, fishing, drinking tea and more, and what you do with that time will affect how characters learn and grow. You will also be instructing your pupils, assigning them tasks with other pupils to increase their support of one another, affirm relationships, and their skills in battle. For example, forcing pupils to take care of horses will push them towards being a mounted unit later in the game.

It can be overwhelming at first, and frankly, this is just the first half of the game. The whole game doesn't take place if Garreg Mach, and you will eventually find yourself siding with a faction and battling out in the world. A time skip takes place which drastically matures all of the characters, and their alliances to their friends and kingdoms will lead them to go to war against one another. It's here that you see the personalities of these characters change and mature, bringing closure to a potentially long introductory period.

But it's okay that the Garreg Mach section of the game is so long because it's also pretty great. Though it does, at times, feel like the story progression slows too much. If you want to grow your characters to the best of their abilities, you need to be hands-on with every activity and make the most of your free time in the monastery, though you can just auto-instruct your pupils and be lax about things, if you just want to move on to the next battle. Some of the activities will become boring well before the end of the game, like fishing, and they're not all worthwhile, like the greenhouse, but it's nice that they did at least give you a variety of things to do during your free time. Though, it's certainly not as expansive as something like Persona 5.

But of course, Fire Emblem: Three Houses is a strategy RPG, something you'd be forgiven for forgetting after all I've said about the aspects of the game that are not held on the battlefield. All of these activities, characters, and pupils you grow to know are there for you to take out into battle and wage war. And yes, if you're a true Fire Emblem hardcore fan, then you'll be playing with Classic mode turned on, which will see any characters that fall in battle permanently dead and gone, forever. Though those are high stakes, and I would begrudge absolutely no one for deciding they would rather play on Casual mode.

On the battlefield, the traditional Fire Emblem weapon triangle is mostly gone and has been exchanged for weapon arts and skills, which give you a bigger variety of attacks to use against any one enemy. You'll have access to these fairly early on in the game, and instead of taking away from an arbitrary magic meter of some kind, the arts will degrade weapons faster, pushing them to break more quickly. This will also mean that arming your units and spending the money you earn will require much more thought and attention than before.

You also gain access to battalions, a literal army of people you can assign to your units in battle, and you can use them to attack enemies and deflect risk from your weaker units. All of these minor changes make the battles more dynamic, especially in the early game when compared to many other Fire Emblem titles. Even the likes of Awakening and Fates didn't have this much variability this early on.

The true strategic Fire Emblem gameplay is still here, albeit changed slightly, and feels refreshing after years of playing a very similar combat system over and over again. It's also nice that the move to a more powerful console means that characters actually resemble themselves on the field, and not some pixelized approximation. Though, at some points, the game is clearly pushing the limits of the Switch. In handheld mode, it was fairly common to see jagged edges across characters, and slowdown occurred when running around the monastery, and very rarely in battles. Though honestly, all of these are minor faults, and for the most part the game runs wonderfully. It's not like a bad framerate can really ruin a turn-based RPG, anyway.

Fire Emblem: Three Houses is the Fire Emblem game that modern fans want, while some older fans might find things to criticise. Regardless of which side you fall on, this is undoubtedly a high quality, exciting strategy RPG that will shave hours off your lifespan as you make friends with pupils, do battle, and go fishing in Garreg Mach. There are religious conspiracies to unravel and sides to pick in this dramatic story. 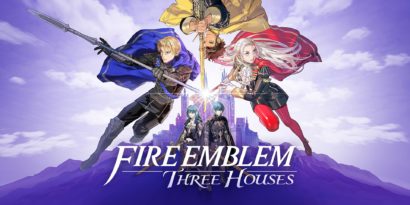 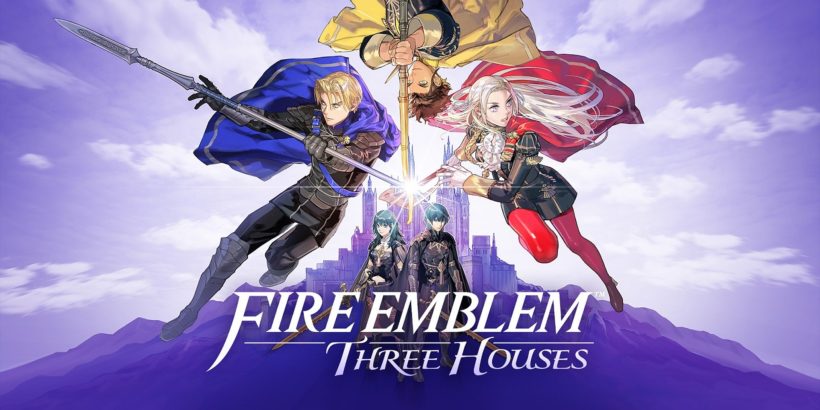 Fire Emblem: Three Houses might be the best Fire Emblem game yet, and the best strategy JRPG I've played in years. Whether you're totally new to the series or a lapsed fan, this is an essential Nintendo Switch game for any JRPG fan.