Warhammer 40,000: Gladius - Relics of War is set on Gladius Prime, a planet known to Imperial scholars as a planet of archeological interest. During its colonization, ancient relics have been found, revealing an ancient history that is far more frightening than the present. After the unearthing of the relics, something ancient and dangerous awakened, and the citizens of Gladius have found themselves fighting in a terrible war against these ancient creatures.

Warhammer 40,000: Gladius - Relics of War features four different factions - Space Marines, Astra Militarum, Orks, and Necrons. The four factions have different reasons for being on Gladius Prime, reasons that are well highlighted in the opening cinematic at the beginning of the campaign for each faction. The four factions' story is further developed during the game, with quests providing additional information on the conflict between them and the mysterious creatures of Gladius Prime. The stories aren't particularly deep, but they seem to respect the Warhammer 40,000 lore well, aside from a couple of minor things. The story definitely isn't the main reason to play Warhammer 40,000: Gladius - Relics of War, but it provides a good backdrop for all the action.

Being a 4X strategy game, Warhammer 40,000: Gladius - Relics of War comes with most of the features and mechanics of the genre. The game is a turn-based one, where the player and AI take turns to move units, build cities, facilities, and fortifications on a grid-based, randomly generated map. Before a campaign even begins, players have the chance to customize a variety of map features, such as size, wildlife, special resource, artifact density, enable a turn timer and choose how many factions in the Game Lobby. The options may be a bit basic, but they do their job well.

The four different factions are developed quite well, and they play quite differently from one another, as each one has its own unique mechanics, units, and Elite Units. Space Marine, to make an example, can only build a single city, while the other factions can expand their own dominions in different ways. Factions also come with different Research Trees, which allow players to unlock new buildings, units and a variety of enhancements for a cost. Units are incredibly varied as well, ranging from simple infantry units to vehicles and the already mentioned Elite Units, who are quite powerful and provide a variety of enhancements for regular ones. Additionally, all units can earn experience points on the battlefield and improve their performance.

For the rest, Warhammer 40,000: Gladius - Relics of War plays like other 4X titles on the market. To produce units, players have to build the right facilities, which require resources. Resources are gathered automatically at the beginning of each turn, and the gathered amount can be increased by building some basic facilities. To do so, players have to reclaim tiles close to cities, and each tile comes with a different bonus for the different resource types. Some tiles also come with Unique Resources, which can be taken advantage of differently depending on the faction.

As already mentioned, maps are randomly generated, so each time a campaign is started, players will be playing on a different map. Exploring is obviously required to complete the campaign, but there are other incentives in doing so. Exploring ruins, for example, rewards the first player that does so with items that can be reclaimed by Elite Units. Artifacts are also found in maps, and the player controlling them gets additional bonuses.

Even with its unique quirks, Warhammer 40,000: Gladius - Relics of War plays like many other 4X titles, but there is something that sets it apart from most of the other games in the genre. As the situation of Gladius Prime isn't particularly peaceful, Warhammer 40,000: Gladius - Relics of War is fully focused on war and doesn't feature any diplomacy option: the only interaction possible with other factions is battle. While this seems like a logical choice, considering the setting, the lack of diplomacy feels a bit limiting, making multiple playthroughs repetitive, even with the factions' differences.

Warhammer 40,000: Gladius - Relics of War also comes with a multiplayer mode where players can create a lobby for other players or join an already existing one. Due to the lack of players before release, it's difficult to say if it will have any issues, but the few games I have been able to play felt like the single-player experience.

Warhammer 40,000: Gladius - Relics of War's presentation is well crafted as well, with the UI and menus being particularly well done, easy to navigate and informative. Tutorials are also present and they help quite a bit, especially if the player never tried a 4X strategy game. Graphics aren't the best we have seen this year, but they get the job done, with units and cities being detailed enough. Maps aren't particularly varied, but that is to be expected, considering the setting.

At the end of the day, Warhammer 40,000: Gladius - Relics of War is an enjoyable 4X strategy title that can be enjoyed by fans of the Games Workshop franchise as well as by 4X strategy fans, provided they don't expect a ground-breaking title. The game plays it quite safe most of the time, with its most unique feature, the lack of diplomacy, being more detrimental than expected.

Review code provided by the publisher. You can purchase the game at a discount via Fanatical. 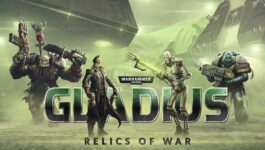 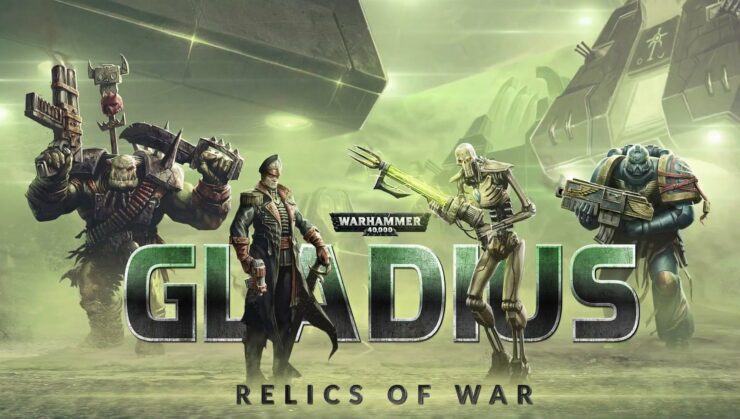 Warhammer 40,000: Gladius - Relics of War is a quite enjoyable 4X strategy game set in the Warhammer 40,000 universe, featuring four unique factions, each with its unique campaign, randomly generated maps and an engaging multiplayer mode. With an experience that's focused on war, however, the game can get a bit repetitive after a while, as diplomatic options might have made both single and multiplayer more varied.