Warhammer: Vermintide 2 has had a steady stream of new content since its launch last year. From the sickly greens of the Bogenhafen to the nostalgic streets of Ubersreik, players have had the chance to murder gross ratmen and insane chaos worshippers in plenty of different locations. But now the Beastmen of the forests have wandered into the fray thanks to Winds of Magic expansion, which brings all-new enemies, one new map and a new game mode to hack, slash and shoot your way through.

The map, Dark Omens, introduces the new enemy faction with some dramatic, albeit brief environmental storytelling. If you don’t know anything about Beastmen, and seemingly there isn’t that much to know about them, you won’t learn much in Dark Omens. But the map itself is great fun, with a collection of chokepoints, dense forest, and some of the widest plains seen in the game to fight across. The constantly shifting terrain and range will force you to adapt between your close and ranged attacks, feeling almost designed to split the party and make fights just that bit more intense.

There isn’t much new visually for the game, we’ve seen forests and caves, and ruined towns in previous missions, but there are some nice effects. The quest revolves around a crashed meteorite that is drawing the Beastmen close to civilisation, and towards the end of the mission, you’ll see the shadows of thousands of Beastmen gathering. There’s also a few alternate routes and secrets to go back for, as if killing a thousand satyrs wasn’t enough. But more than anything it does a fantastic job of showing off the Beastmen on their home turf.

The Beastmen themselves are the highlight of Winds of Magic. A brand new threat for the players that have sunk in hundreds of hours and an exciting new addition for anyone just getting started. They have an immediately distinct appearance with their exaggerated horns, cloven hooves and make them stand out against the more humanoid chaos warriors and their smaller, rodent allies. For the common mobs, they are nothing new except for the appearance. They’re mostly harmless unless in a large group and fall in one swing or volleys despite their intimidating visage. But the new specials are exciting and creative additions to a game that is already filled with pretty unique ways to kill you.

Large armoured minotaurs come charging through the fray, scattering the players and exposing the party to some hard-to-overcome ambushes. While they don’t have the same disabling effect as assassins or packrats, these chargers can quickly take a much-needed tank from the pack and cause all kinds of enjoyable chaos. Standard bearers on the other hand, completely change the way you engage with the mobs besieging you. Once a standard is placed, the surrounding enemies are granted a powerful buff that is only removed if someone can destroy the banner with melee attacks. Having a sneaky banner placed during a skirmish can turn any encounter deadly and parties can be picked off trying to counter the assault.

On top of these special enemies, the Beastmen also bring with them a new miniboss, the Minotaur. This creature is exactly what you expect and is easily the most difficult miniboss in the game. With a massive health pool, as well as the ability charge, fling players around and just generally do a ton of damage, Minotaurs offer some of the most exciting and tense fights in Vermintide. And with the DLC all these Beastmen mercenaries can be found throughout any map in the game.

But there is one more thing that Winds of Magic brings to Vermintide 2. And while the rest of the DLC, like all the content that came before it, is available for the whole party as long as the host has paid up, the titular game mode is not. To play Winds of Magic, you have to have the DLC in your library, and as the game mode doesn’t even support bots, it does feel like the developers are pushing for a few more sales.

Unfortunately, Winds of Magic is by far the least fun aspect of, well, Winds of Magic. Like a lot of games that involve a lot of grinding, everything is focused on the end game content, but Winds of Magic is a misstep. Essentially the game mode is like a time attack mode. You’ll replay pieces of old maps with new rules and objectives and time limits. But for some reason, this new mode also has its own unique weapons, and levels, basically putting all the characters back to square one when you start playing it. While I appreciate that it must be incredibly hard to build new things for the players that have already put hundreds of hours into a game, Winds of Magic doesn’t seem like the right answer for Vermintide 2.

For the people who are entirely devoted to the grind, and always need something new to work towards, Winds of Magic might be exactly what they need to come back to the rat riddled forest of Vermintide, but for everyone else its just frustrating to not utilise all the equipment you’ve managed to hoard since you started.

All that being said, Dark Omens is one of the best levels in Vermintide 2, and the Beastmen are a really fun new enemy to mix up the now very familiar rattling gunners and Blightstormers. I had a lot of fun running through the dark forests and getting stomped underfoot by Minotaurs, but whether that alone is worth the price of Winds of Magic, it's hard to say.

Reviewed on PC (code provided by the publisher). You can purchase a copy via Green Man Gaming at a discount. 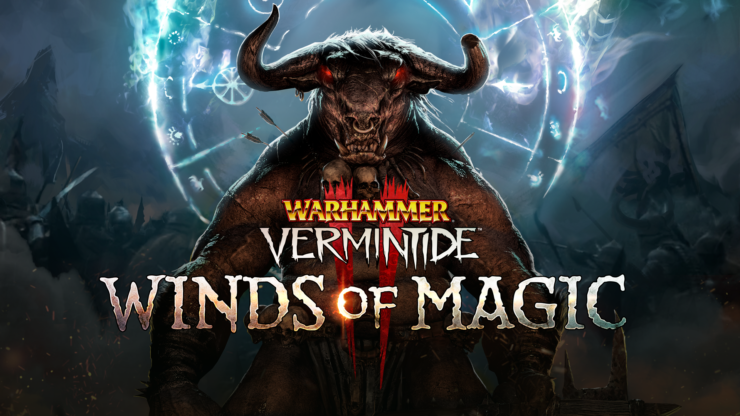 Dark Omens is a fantastic level and one that stands out against some already stellar emergent storytelling and setpieces, and the Beastmen make it even more exciting to dive into. Unfortunately, the Winds of Magic game mode is a big step in the wrong direction for people that don't want to start from scratch again.