No matter how many years pass, mankind never seems to be able to leave war behind as the solution to many of its problems. Whether it's for resources, living space or anything else, man always seems to be ready to embrace weapons and start off the killings. This is pretty much what happens in Tiny Metal, a Japanese developed turn-based strategy game highly reminiscent of the Advance War series by Intelligent Systems, who's known mostly known for the Fire Emblem series.

Tiny Metal's main conflict starts only 50 years after the previous one, known as The Great War, which ravaged the land and left the population considerably impoverished. Following the conflict, the people of Artemisia have continued to protect their land against foreign invaders, but the sudden disappearance of the King, who's been presumably kidnapped by the nation of Zipang, fans the fires of war once again. Lt. Nathan Gries is tasked with investigating the matter and bring back peace to the land of Artemisia.

Despite the not so original premise, Tiny Metal's story is actually well-developed, with plenty of text between missions that expands on the world, lore, characters and so on. There isn't anything terribly original in the development of the story, to be honest, but it provides a good reason to continue playing the campaign.

Like its story, Tiny Metal's actual gameplay isn't terribly original as well, but it's well crafted. Those who have played the Advance Wars series before will find themselves right at home. In combat, player, and enemy take turns in moving a variety of troop types, ranging from the most common foot soldiers to the Metals, powerful tanks with slow mobility. The battlefield is not all visible from the start, so players will have to tread carefully to avoid getting ambushed by an unseen enemy. While moving troops, it's also possible to capture buildings, which increase the number of credits that can be used to purchase other troops, lock-on an enemy unit so that it's possible to unleash a combination attack with another unit and so on. Basically, the whole Tiny Metal battle system is governed by a rock-paper-scissors system, where one unit type is more effective against another which, coupled with the fact that it's possible to take advantage of the terrain, opens up some interesting strategic possibilities. The main campaign, which can be completed in a somewhat short amount of time, doesn't really let players take advantage of the variety of sub-systems and mechanics, but thankfully there's another mode that will put their knowledge and skills to the test, Skirmish Mode, which offers over 50 intense combat scenarios. As already mentioned, Tiny Metal doesn't offer anything truly revolutionary for the genre, but it does provide some solid amount of fun.

Tiny Metal's presentation is also in line with its main inspiration, the Advance War series, with troops and tanks being detailed enough and stylized terrain which gives a good idea on the battlefield's true form. The soundtrack also serves the game well but lacks any truly outstanding piece.

In its current state, Tiny Metal is a more than worthy purchase for fans of Advance Wars and turn-based strategy games in general, as the experience is solid and can provide hours of fun, especially in Skirmish mode. Sadly, the game lacks any true innovation, so those looking for something that goes beyond the staple of the genre would do better in looking elsewhere. 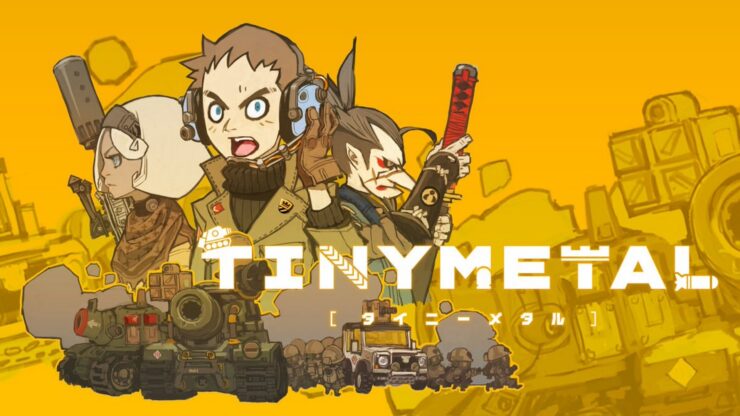 Tiny Metal is a love letter to turn-based strategy games of the past, offering a similar experience which doesn't overstay its welcome. Sadly, the game by Area 35 doesn't even try to move away from its main influence, the Advance Wars series, resulting in a game that doesn't feel particularly daring or innovative. Still, there's plenty of fun to be had, especially in Skirmish Mode, where all of the game's subsystems and mechanics get the chance to shine.