Virtual reality feels like the ideal platform for the sort of horror that would make you soil your pants. Without shutting your eyes or ripping the headset off, you’re stuck in an environment filled with spooks and scares at every turn. Supermassive Games understood this principle and took to the PlayStation VR platform, putting their unique engine to work on a first-person horror story known as The Inpatient.

As a male (or female) of indiscriminate age, you’re brought to the Blackwood Sanitorium for aftercare and a little bit of ‘reconditioning’ before you’re allowed to become a regular part of society once more. As is the case with all tales of suspense, things don’t work out as they should and the player is locked away as cabin fever and the lack of outside contact causes the player to see things that simply aren’t there or horrific visions of what happened to the other orderlies within Blackwood. Suffering from amnesia doesn't help either, which works as a somewhat predictable plot device to set the events in Blackwood into motion with some rather unpredictable outcomes.

Taking a note of Until Dawn’s butterfly effect mechanic, the story to The Inpatient can drastically change given simple dialogue choices. You can merely look at which of the two options you’d like to speak out or opt to roleplay throughout the game by speaking out your responses with a handy guide for inflection to match. Even speaking out casually in my apartment during quiet hours worked well to propel the story, though I’m sure The Inpatient kept track of my nervous shrieks during the few jump scares.

At its best, The Inpatient surprised me with the slow buildup of psychological tension that could only truly work in VR. Sure, there are the obligatory jump scares to keep your heart rate elevated, but the moments where I was forced to sit through squeamish moments of horror and shout at certain characters not to make those stupid choices you see during bad horror movies (seriously? Are you really going to open that door when you know what’s on the other side?). The horrific suspense of being trapped within Blackwood is what defines the best moments of The Inpatient.

With only a handful of cast members to help make your stay in Blackwood Sanitorium a little bit more enjoyable, the story choices come to affect the outcome quite early on. This is a very noticeable change since Until Dawn, where what felt like the first half of the game was guided along before any meaningful choices occurred. During my second playthrough with The Inpatient, I opted to go for a far less reserved approach and make the sorts of mistakes that would get any fodder character in a horror film killed early on. I found myself getting the characters that I saved the first time around killed off in surprising ways and I could see where those choices came into play that would ripple throughout the story. In the same manner as Until Dawn, the major choices are all accentuated with fluttering butterflies that further drive home the analogy.

The Inpatient is meant to be a standalone title set within the same universe as Until Dawn (roughly fifty years prior to the events surrounding Hannah and Josh Washington), yet so much of the second half takes a stark turn from the beginning setup. The first hour of The Inpatient does a great job setting up what could be a great story about being locked in a mental institution and slowly going senile. Unfortunately, that setup gets quickly disregarded and turns into a mythical story surrounding The Wendigo that also punctuated Until Dawn’s final acts. What starts as an emotionally jarring descent into isolation and internal madness instead turns to horror tropes of running from monsters. If the Wendigo and moments outside of Blackwood Sanitorium were scrapped, I feel that The Inpatient would’ve been a much more cohesive and interesting virtual experience. However, if you’re a fan of Until Dawn, you’ll instantly know why The Wendigo is such a central focus of the story.

While The Inpatient can be played with a DualShock controller, much like Job Simulator or Accounting+, the Move motion controllers are ideal for immersion. With the motion controls, turning is done by tilting the left-hand controller to either side and pressing the Move button while the other hand controls walking forward. It’s a bit awkward trying to understand that the player controls like a tank at first, but it becomes natural over time. The only other input from the player comes by way of using both hands to manipulate objects in the environment, picking up and examining close to close, or more likely than not, opening simply doors. The Inpatient’s had tracking doesn’t work particularly well and it can be moments of awkwardly fumbling to reach out and grab a door handle before it actually connects.

If there was ever an award for ‘Most Lacking in Anti-Aliasing’ in this year’s game of the year awards, The Inpatient would certainly be my first pick. Supermassive Games’ facial tech for Until Dawn and Hidden Agenda have become some of the best in the business, with facial capture tracking every little wrinkle and grimace in the character’s expression. Unfortunately, aiming for photorealism isn’t a quality that works well in the virtual reality space. When face-to-face with a character, as Doctor Bragg does quite often early on, the facial tech is surprisingly realistic. However, pull the camera back even a few inches and everything turns into a jagged mess. Rough edges persist along every object and character you come across and do more to pull you out of the experience than the campy dialogue.

As Supermassive Games’ second foray onto PlayStation VR, I had high expectations for The Inpatient. There may be an actual story compared to Until Dawn: Rush of Blood, but this horror tale gets lost somewhere in the middle. If the PlayStation VR had a bit more resolution and pixels to push, The Inpatient might be the most technically impressive title on the platform to date. Unfortunately, much like the setup that’s promised early on, The Inpatient just doesn’t quite run its full course of treatment.

Review code provided by the publisher. You may purchase the game via Amazon. 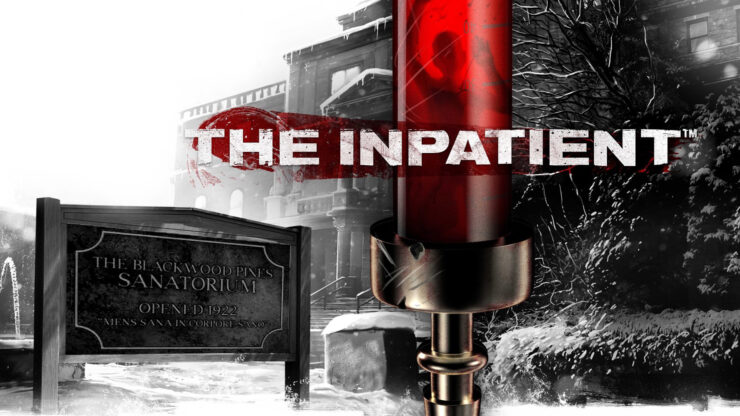 Supermassive Games has aimed for something truly ambitious in the horror sector with The Inpatient. While there are some fine ideas in play, this brief psychological experience could've used a little bit more time in therapy.

PS VR2 Impressions Offer a Closer Look at the Hardware and RE Village, Horizon VR Games

Dark Pictures: The Devil in Me Locks in a Release Date in an Ominous New Trailer

PlayStation VR2 Confirmed to be Launching in Early 2023