When NVMe makers decide to cool down their drives they either say good luck or strap a large aluminum heat-sink to it, but T-Force shuffles things up with the use of ceramic! No, they're not making pottery here but a good ceramic material acts as a good conductor of heat so it makes sense, and if you're doing a white build this will fit right in! But is the ceramic-sinked T-Force Cardea C440 all it's cracked up to be? Let's dig in.

The blister pack for the T-Force Cardea C440 isn't quite as premium as the product inside, but it's simple, effective, and cuts back on waste. The front has the pertinent nomenclature to make it clear what model and capacity you're looking at. We received the 1TB for this review but it is available in a 2TB flavor. Flipping things over to the back we're treated to the actual information of what you're buying. Offering up the usual marketing material we also find listed Crystal Disk Mark performance metrics for the 1TB and 2TB model in reads/writes bost sequential and IOPS. Kudos for giving customers information on what they're getting right there on the package.

The drive itself if of the typical affair, and just like the Cardea II we're served up the unfortunate blue PCB. That would be worse if it was a bare drive, but it's covered on the outward-facing side with a beautiful white ceramic heatsink marked in gold letters. The backside that you won't see has your usual nomenclature.

The T-Force Cardea C440's $189.99 price tag for the 1TB ($364.99 for 2TB) does put it more in line with the premium-priced drives, and a little more expensive than the Silicon Power US70 we recently reviewed. But it isn't so far that it seems unreasonable. You're getting a mostly good looking (save for blue PCB) drive that has adequate cooling measure taken to ensure endurance performance. But with the upcoming Samsung 980 Pro, some people may have a pause. But that is a $229 drive and costing over 25% more. You're going to blow away Gen 3.0 drives with this one in almost all cases and if you find yourself needing to remove the heatsink for placing under one supplied by your board you can do that, but I'd likely save some change and go with another drive at that point.

The heatsink is quite effective with keeping the drive around 54C when there is active airflow around it and only topping out at 71C without direct airflow under our testing conditions.

The T-Force Cardea C440 is a solid performing drive that will be able to handle your workloads with ease and the 5-year warranty means you can rest assured it'll be taken care of if there are any issues for quite some time. 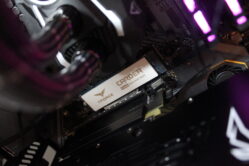 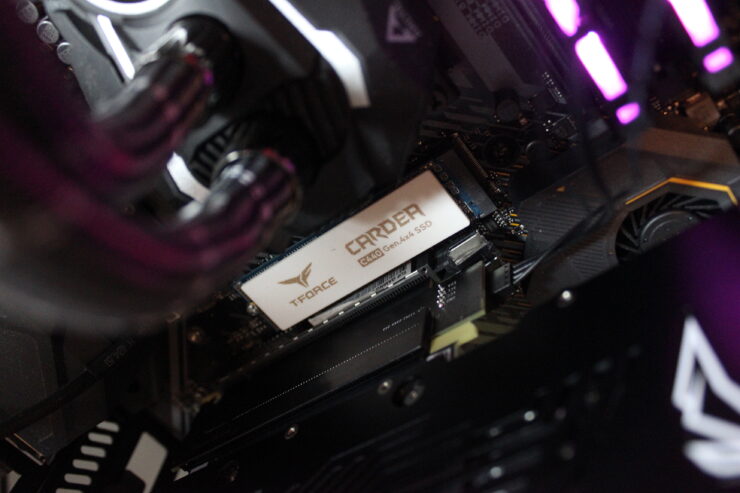 The T-Force Cardea C440 is a solid performing drive that will be able to handle your workloads with ease and the 5-year warranty means you can rest assured it'll be taken care of if there are any issues for quite some time.