Super Crate Box isn’t your regular run of the mill arcade game, the game is punishing, difficult to survive and it only gets much harder. This is what gaming used to be like before it came to where it is today, this isn’t your simple Temple Run or Angry Birds which any average Joe can just pick up and be a pro at. This game will literally put you in a corner and punish you for it. You have to find a way to NOT being cornered and survive! This is a return to the golden days of gaming, back when 8 bit and 16 bit graphics were considered the pinnacle of great graphics! 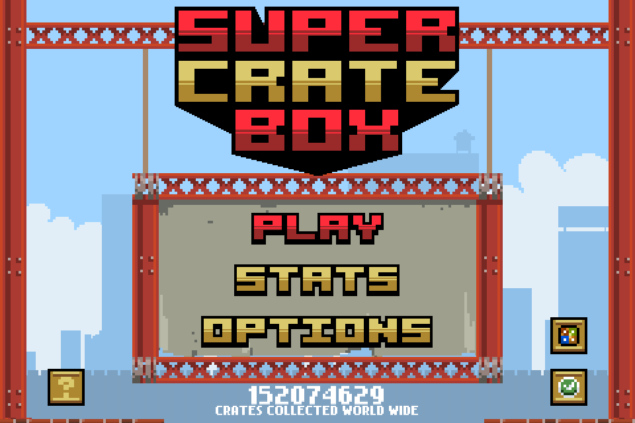 Super Crate Box is by no means an easy game

The game is relatively simple. There is no story, no multiple cast of characters and the best part of all this is the first game I have run into which doesn’t ruin a game by making players pay for  micro transactions for “better items” or any of that non sense. If you think that you can just whip out your wallet and beat this game then you can’t.  Throughout the game you just have one objective, collect enough crates that constantly teleport throughout the level as soon as you pick it up and also survive until you die and did I forget to mention that a single hit or even making contact with an enemy means instant death?. 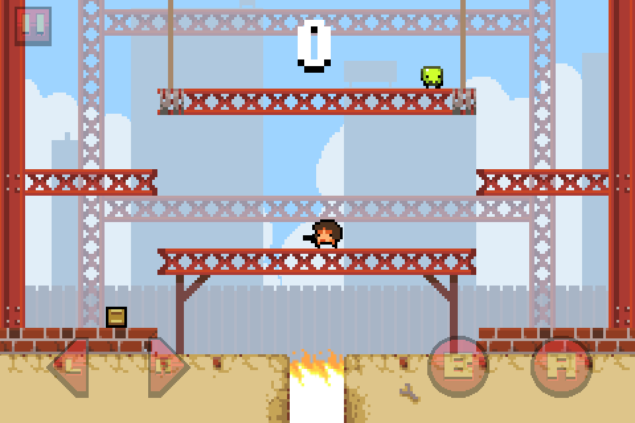 The game is just too unforgiving for those seeking shortcuts; you don’t unlock levels by getting high scores or by other means, you have to master a primary level to unlock the next. “Construction Yard” which is the first level of the game requires you to attain 40 crates for you to unlock the next level, sounds simple but believe me it isn’t. My highest score is only 25 and that too after at least a dozen games of trial and error have I been able to reach this far.

If you are a new generation gamer used to the easy learning curves and forgiveness of today’s games and aren’t old enough to remember old school classic gaming on the NES where games were time constrained and 1 hit from any enemy meant instant death then I suggest you look elsewhere, if you are a fan of the latter this game will truly give you the long awaited challenge you have been seeking. 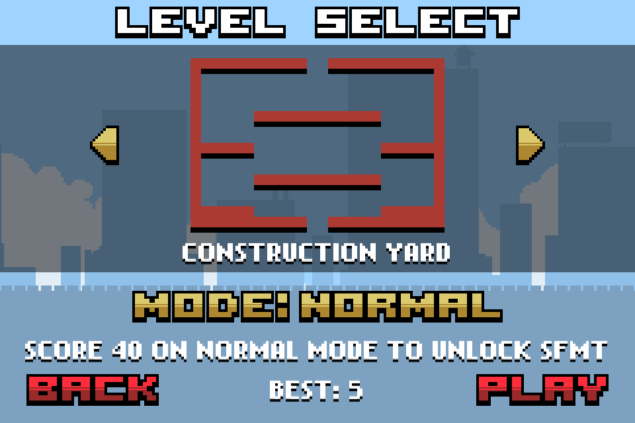 Even though there are only 3 levels at the moment I assure you that getting through the construction yard alone will eat up most of your time and prepare you for the later stages.

There really isn’t much else, the game is simple and straightforward and doesn’t require you to go through tutorial levels. If anything the game teaches you how to play it by actually diving into it and learning from your mistakes.

You can buy Super Crate Box for the iOS by going Here.