I need to stop previewing games so close to release. The question then becomes, "how close is too close?" Thank you for asking, the violent voice in my head. It is one thing that I'd love to know. I'm struggling to remember a game that I've previewed within two months of release and where my opinions have changed a great deal. Subnautica: Below Zero, which I previewed just two months ago, is another game where my opinion hasn't changed a great deal.

I need to stop drinking and/or sleeping. One of the two is certainly impacting my ability to remember things, things like me saying, "The first is that this game hates me. Not in creatures are trying to kill me, I've raged-quitted, hates me. It has crashed on me eight times in three days. One time I lost three hours of gameplay. That's when I started to set a timer to remind me to save." I didn't remember this, and I've sadly encountered a few more crashes while playing.

Wait, something else to add. I've just played a bit more of the game, and I'm adding this after most of the review is already completed - I've crashed a few times while actually saving the game, meaning even if I wanted to save the game, it wouldn't. Maybe I'm cursed? This is a new one.

In terms of other issues, I've still encountered a few where I'm getting stuck in the scenery or the fish that I'm currently killing decides to flee its imminent death by phasing through nearby rocks. Another issue is where the ocean has decided that my oceanic base is a true affront to its sense of self. Since it can't apply enough pressure to crack through and start flooding my base, it's decided to infiltrate some other way. Weeds are growing through the floor; fish are somehow getting in and flying about in the air-filled room. It's sabotage; that's what it is.

Honestly, aside from the crashes, the bugs are few and far between, and while a fish you're killing fleeing through solid rock is annoying, it's nothing too major, same with the fish and weeds in your base. Sure, it's unseemly and ruins your interior decoration, but the fish can't escape, so free dinner! They're charming enough bugs that I genuinely don't care about them, but I needed to fill in some space on this review, so I've written a paragraph about them.

Let's talk gameplay. The problem with this is that a lot of it will be repetition, and I don't mean the game. Granted, there's a fair amount of that there too, but we'll get to that. If you've played Subnautica, read Francesco's review of Subnautica, or if you've read my preview of Subnautica: Below Zero, you know what the game is going to be like. This is an underwater survival game. Scrap that; it's now just a survival game. Why? While a good 70% of the game is set underwater, there's a surprising amount of land to wander on. 4546B is not the water planet I thought it was.

It's a strange one because I don't mind the land parts of Subnautica: Below Zero. They aren't as fun, atmospheric, engaging, or as intriguing as the underwater elements, but they are different, and they are still fun. This is especially true when you're on the Snow Fox, speeding away from giant creatures that are determined to turn you into an appetiser. Underwater, you've also got new creatures to test your mettle against, as well as returning friends - or enemies.

Exploration of the abyss is one of Subnautica's and Subnautica: Below Zero's best features. At the same time, with a larger focus on a story, I find the inability to map areas annoying. Where am I going? What am I doing? Why can't Robin (the protagonist) keep a bloody diary? When I think about what the game should do, I think of games like Miasmata, where you generate your own map as you explore and keep track of what you want to do.

It's even more perplexing here when your character has a futuristic alien in her noggin, which can detect nearby alien structures using the sheer power of willing the game forward. Last I checked, the alien consciousness was uploaded into her brain; she didn't have a 5G mast installed. I'm nitpicking because it's the little things that hinder Below Zero for me. In the original, I could accept the lack of direction; it was more about exploration and slow development than following the story of Robin finding out how her sister died and the things that spin-off from there.

Still, no matter what I throw at it, it's engaging. The story isn't bad either, even if there is a disconnect between the player and Robin. I understand I'm meant to get invested in finding out why Robin's sister, Sam, died, but I just can't. There is personality put across in the umpteen billions of audio logs found around this part of 4546B, but I progress through the story more for the sake of ALAN (the Alien) rather than Robin.

Well, I also progress through because Subnautica: Below Zero is an engagingly atmospheric and beautiful game. While the treacherous depths found in the first aren't as abundant here, and it certainly feels more restrictive, the new flora and fauna will challenge you and, sometimes, even make you feel warm and fuzzy inside. The creatures are wonderful, sometimes terrifyingly so. The environments are gorgeous, particularly outside of the water. Bases are still as fun to build in the first.

So is Subnautica: Below Zero worth buying? Yes, it is. The story-focused approach is still good, even if there can be an emotional disconnect between you and Robin. While the environment is somewhat more restrictive, and a fair portion moves away from the oceanic style that set Subnautica apart, it is beautiful. The base-building is still as engaging and fun as in the original, making you want to make that one last expansion. Whichever way you look at it, and regardless of any issues, this is a good game. 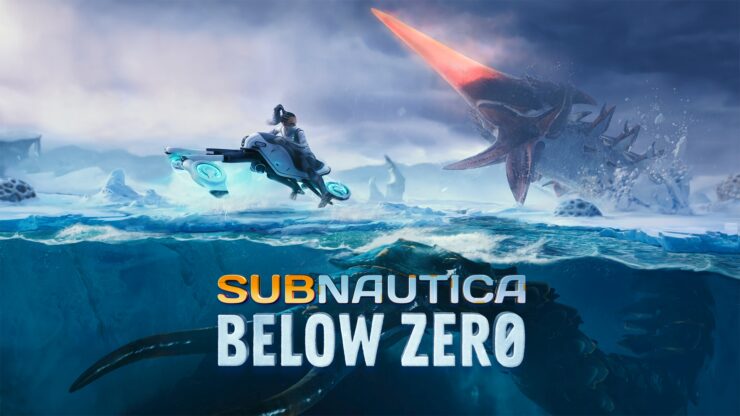 If you liked Subnautica, Subnautica: Below Zero still has the base of what made the original great - the charm, the wonder, the building and even some of the exploration - but this has been tempered somewhat. The story-focused approach here is interesting, even compelling at parts, but the game doesn't do enough to keep you on track or from getting lost in the many enclosed caves, caverns and tunnels running throughout. Also, like the original, this does have its fair share of bugs and issues. Still, no matter the issues, it is still a genuinely good game. While it may not be as good as the original, it's still up there as one of the better survival games around.