Starcraft II: Legacy of the Void

Five years ago, Blizzard released Starcraft 2: Wings of Liberty to huge critical and public acclaim. With that release they began what they revealed was a trilogy of games that would cap off the story that began with the release of StarCraft back in 1998. The finale of that trilogy is here and, for better or worse, Legacy of the Void delivers on that promise and this story in the StarCraft universe has finally ended.

It's somewhat difficult to review a release like Legacy of the Void because there's no real place to start. As much as it is a standalone title, and also priced as a new release, it's still just a secondary expansion to the original release. The core game is still the same and that is particularly true for somebody like myself, someone who's here to see the conclusion of the story and not for the changes in multiplayer, which I will come to later. 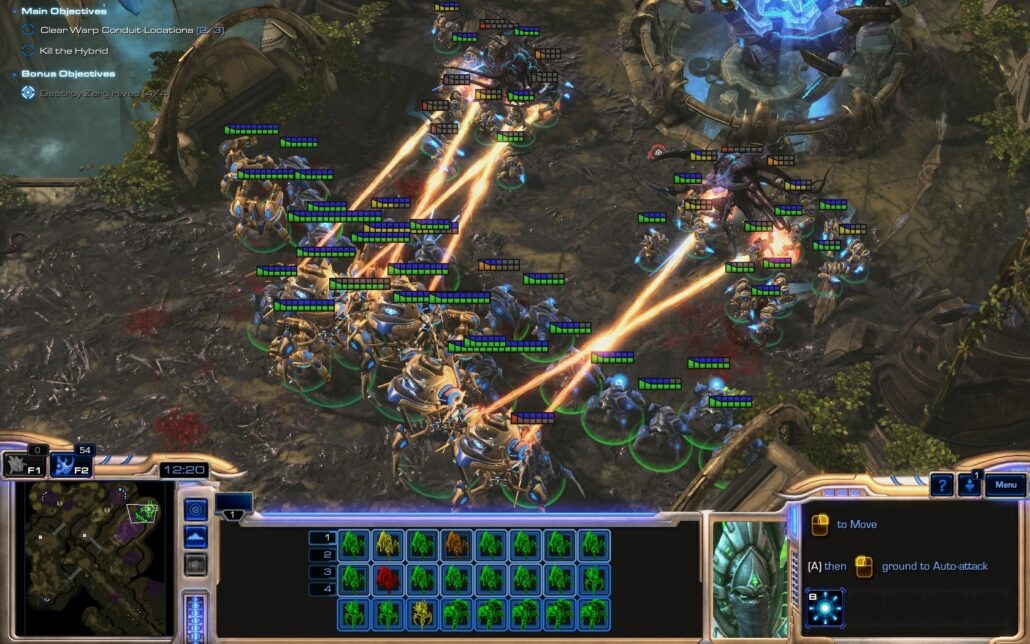 As a release for the story and those not interested in the multiplayer, you've already played it. As with its predecessor, Heart of the Swarm, this expansion includes a whole new campaign, this time focused on the Protoss and their leader, Artanis. The release introduces a few new units to use both online and offline; Legacy of the Void also includes the prerequisite cheesy story but with some incredibly dry and boring dialogue that only seems to be getting worse as the series has come to its conclusion.

Blizzard have never been the most competent at telling a story, but StarCraft has fallen from a galaxy spanning conflict between three races to this, a mishmash of alliances fighting against a faceless big bad that may as well have been taken straight out of an episode of Scooby Doo. All the subtleties have been thrown straight out of the window and sadly, the conclusion just furthers my thoughts that as a story the StarCraft II Trilogy is poor.

This thought is only enhanced when you see how slapdash some of the events are linked together. An event will occur and then the next cutscene will open with the line "much later". The dialogue here ends up feeling just as fluid, with lines such as "you have aided me on my quest. I am honor-bound to aid you on yours". This is the sort of basic writing you expect from a poorly translated, badly made low budget non-English language game. Not a release the size of StarCraft. 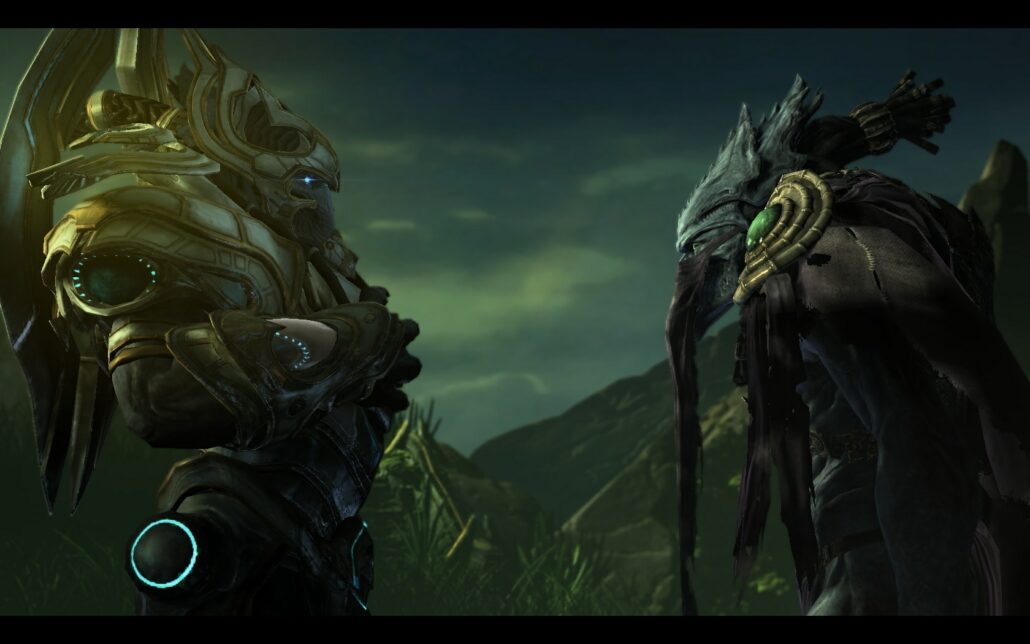 Despite the story landing with a resounding thud, the campaign is otherwise excellent. With a number of well designed missions, ranging from your traditional base-building RTS missions to more experimental missions that are spread throughout and inventive enough to keep it fresh. There are even missions featuring MOBA style gameplay, giving you a hero and a collection of troops with no means of building more, or giving you a movable base with limited resources. The variety and twists all amounts to a campaign offering that rarely gets stale even after ten or twenty missions.

The difficulty also enhances the campaign. Legacy of the Void is challenging enough on normal difficulty, with the hard setting offering that extra notch if you feel like taking it. I attempted one level on brutal setting; needless to say I won't be attempting any others in the near future, because even with the hero units and the abilities offered by the Spear of Adun (your ship for the duration of the campaign) the difficulty is too much for a mere mortal such as I. 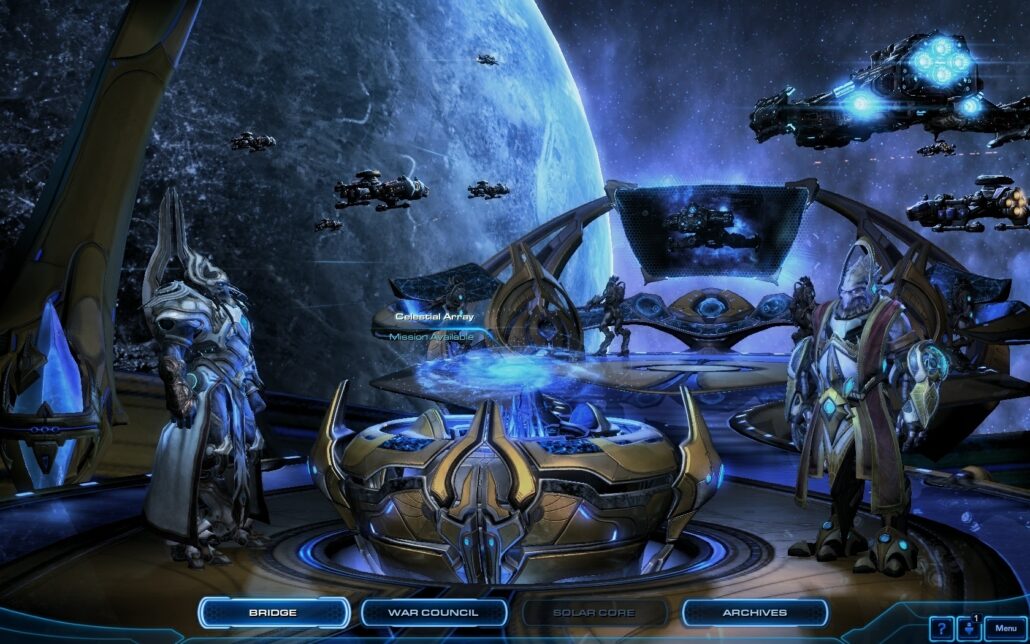 Where Legacy of the Void makes real changes is, surprisingly to me, the multiplayer. I won't ever deny the fact that the online mode of most games is anathema to me. Bar a handful of games, eSports just doesn't interest me in the slightest and the communities around the top games make breaking into them seem harder than breaking into the Louvre to take a cheeky photo with the Mona Lisa. I'm distinctly average at StarCraft and as such, some of the changes made to the online mode are appealing yet flawed.

The first thing I noticed, coming back to the game after over two years, is that the game is considerably quicker at the start. Players begin with more resource gatherers at the start of each game, though the pool is smaller. This increases the necessity of a rapid start with expansion while actively pushing those, like me, who enjoy a more defensive approach.

Two new modes that do appeal to me, as someone more interested in casually venturing into a game or two, are the co-op missions and the new Archon mode. There is sadly just a handful of co-op missions with no interlinking story, the missions are also derivative of single player missions that you've completed before in either of the three campaigns, such as the train heist from Wings of Liberty.

Archon mode is the new addition that could, and should, be the best part of Legacy of the Void. Offering two people the chance to work together and control the same army against up to three other armies controlled by two people could be a brilliant feature, leaving one in charge of resources and development while the other is in charge of the military. As it stands, the best possible use it could have is a sort of training ground where one more experienced person can teach somebody a few tactics and take over when things get a little too hairy. 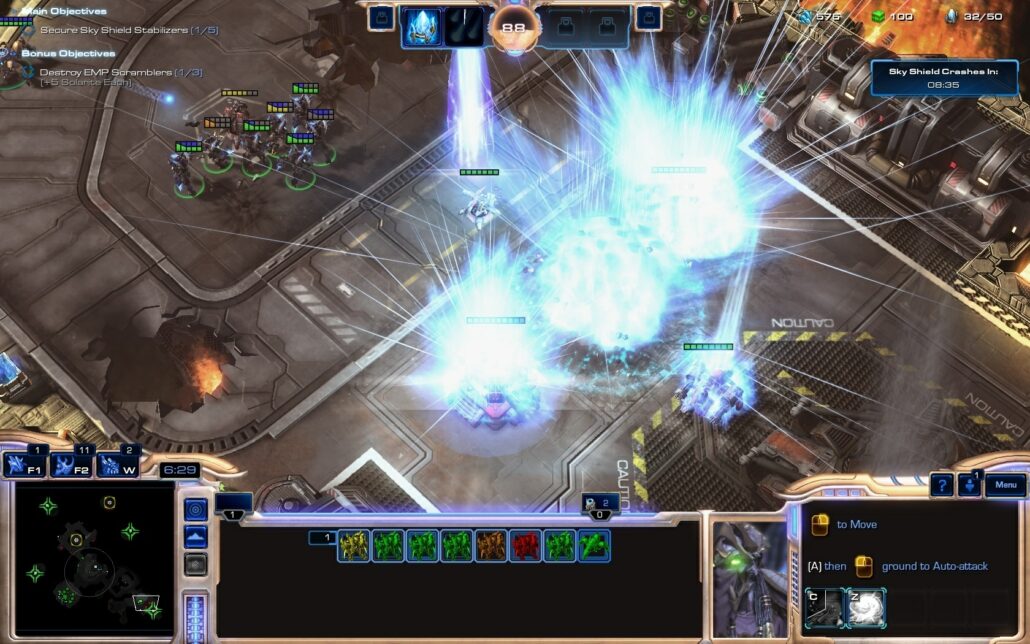 It ends a little how it began. A release like Legacy of the Void is difficult to review. Should it be judged as the final expansion and the conclusion to a story running seventeen years? If so, then it's going to be an unfavorable review as the story is a letdown and the writing is bad at best, abysmal at worst. Should it be judged on new content? The co-op mode is lacking and the Archon mode feels like it could be little more than means of training, I don't see it becoming big competitively. Should the game simply be judged on how fun is it? Then Legacy of the Void passes as the campaign is varied enough that it stays fun to play.

Legacy of the Void is a good release for those already fans of the series. Priced too high for my liking, but the game still offers a decent length campaign marred by a bad and poorly wrote story. The changes and new features made to the online portion of the game should reinvigorate the community and potentially bring people back to it.