Being a Sonic fan isn’t easy. You can only be let down so many times before you begin to doubt your own memories. Was this series ever any good? Were even the 16-bit Genesis classics overrated? Thankfully, Sonic Mania arrived last year, easing many fans’ troubled minds – yes, old-school Sonic was still fun, if done right. Enthusiastic fans downloaded Sonic Mania in droves, turning a niche experiment into a legit hit.

Now that the enduring popularity of classic Sonic has been proven, Sega is rolling out the expanded Sonic Mania Plus, which will receive a full retail release. This new package adds a variety of features, including two new characters, Encore Mode, and a spiffy 32-page art book for those who buy a physical copy. Is Sonic Mania Plus worth another spin? Let’s find out…

I’m not going to re-review Sonic Mania, Wccftech’s Dave Aubrey already covered that, but I will say, I wasn’t quite as enthusiastic about the game as some were. And this is coming from somebody who was a hardcore hedgehog homer during the great Sonic vs. Mario wars of the 90s! I think fans were so relieved Sonic Mania wasn’t bad they may have spread the praise on just a little thick.

Sonic Mania is often faithful to a fault. The blindside enemy attacks and traps, occasionally confusing level design, and annoying difficulty spikes that were hallmarks of 90s Sonic titles return in force. Also, did we really need a water zone? Right, smack-dab in the middle of the game? Come on now.

That said, Sonic Mania also captures what was once great about the series. It’s endlessly inventive, with new traps, tricks, and gimmicks around every turn. The game’s stages are complex and multilayered, with secrets and Easter eggs packed into every nook and cranny. Most importantly, it’s fast – getting up to speed on going on a tear is as exhilarating as it’s ever been. Make no mistake, Sonic Mania is a good game, but it could’ve done with an extra layer of polish. Thankfully, Sonic Mania Plus provides exactly that.

As mentioned, Sonic Mania Plus adds two new characters, Mighty the Armadillo and Ray the Flying Squirrel, both lifted from the ultra-obscure 90s arcade game SegaSonic the Hedgehog. Hey, if you’re going to expand beyond the trinity of Sonic, Tails, and Knuckles, you may as well dig deep. Mighty, who can take out enemies and open up new pathways with his ground pound, is a solid addition, while Ray, who can glide, feels a bit superfluous given both Tails and Knuckles can also fly.

You can take Mighty and Ray for a spin through Sonic Mania’s standard stages, but Encore Mode is what most returning players will want to tackle first. Encore Mode remixes Sonic Mania’s zones, tweaking their layout as well as their appearance (Green Hill Zone now has a golden-lit summer evening feeling, for example). Most zones have had their enemies, traps, and other elements shifted around in a relatively subtle way -- unless you’re a speedrunner who’s memorized each zone by heart, you’ll probably feel the difference, but won’t be able to put your finger on exactly what’s changed. That said, a few stages have been more dramatically revamped, with elements being reshuffled in an obvious way.

The game’s bosses have also received a bit of a makeover, which is a good thing, as they suffered from some fairly serious balance issues. For the most part, the bosses have had their patterns changed to make them a bit more challenging. Those who haven’t played Sonic Mania in a while will also notice the somewhat disappointing Metal Sonic showdown has been significantly improved (this change was actually included in a free update back in April).

For those concerned, Encore Mode doesn’t come with an “Hardcores Only” warning. The updated stages and bosses are often a notch harder, and the new Special Stages are nuts, but, in some cases, the changes actually make the game less frustrating. For instance, a particularly annoying underwater platforming segment from Chemical Plant Zone (you probably know the one) has been tweaked for the better. If you could handle vanilla Sonic Mania, you should be able to take on Plus, although you may become a bit more familiar with the Game Over screen.

Part of the reason for that is Encore Mode’s rather odd new take on lives. Rather than the traditional “grab 100 rings and get a 1-up” approach, lives are now represented by the game’s five characters, which you have to free from item boxes or grab in a new Sonic-Spinball-inspired Bonus Stage. If you die, you take immediate control (without returning to the last checkpoint) of your second-in-command character, and your third character moves up to become your new sidekick, ect. You can switch between your first and second characters, but you don’t have the option to cycle through the rest. Sound confusing? Well, it is!

The system just feels poorly thought out. If you have a full collection of five characters, you can play recklessly and cheese your way past difficult bosses and challenges. On the flip side, you can no longer stockpile lives, and it can be tough to recover when you’re reduced to a single character. Also, the new system deemphasizes careful ring collection, which feels decidedly un-Sonic-like to me. The new approach to lives doesn’t break Encore Mode, but it feels unnecessary. I suppose the goal is to force players to use all the characters, but it’s a rather heavy-handed way of going about it.

On top of Encore Mode, Sonic Mania Plus adds Time Trial ghost challenges and lets you play with up to four-players in Competition Mode. No doubt, you’re getting a lot of stuff for $30. Those who’ve already purchased Sonic Mania get an even better deal, as you can upgrade to Plus for only 5 bucks – enough new content to keep you busy for 10 to 15 hours, all for the price of a chili dog! Sonic would approve.

This review was based on a PS4 copy of Sonic Mania Plus provided by publisher Sega. You can purchase the game for Nintendo Switch, PlayStation 4 and Xbox One via Amazon. 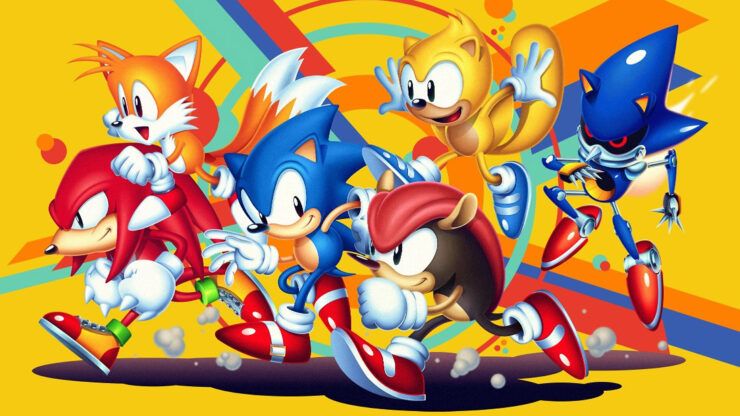 Sonic Mania Plus is an essential upgrade if you already own and enjoy the original version of the game. Newcomers should also give this updated offering a look, as it captures what made classic Sonic uniquely appealing, while fixing some of the base game’s shortcomings. Sonic Mania Plus still has a few lingering issues, but, overall, this heartfelt hedgehog homage has been honed to the next level.