In conversation, and sometimes in my writing, I've been a very vocal opponent of modern gaming and the unfinished nature of some games. This could be the plague of 'live service' titles that are spreading across the gaming landscape like Japanese knotweed, invading everywhere and proving impossible to kill, or you have games that are released into the wild like an unprepared baby Gazelle in the Serengeti, just waiting to get eaten. Today's production features Skater XL as the Gazelle and me disinterestedly watching it getting mauled, lamenting the poor parenting.

That tortured analogy aside, I want to like Skater XL. I wouldn't have pushed to play and cover the game if I didn't want to play it. Early videos got me interested in a game that genuinely looked good and seemed to bring something back to a type of game thought long dead. Early videos lied. 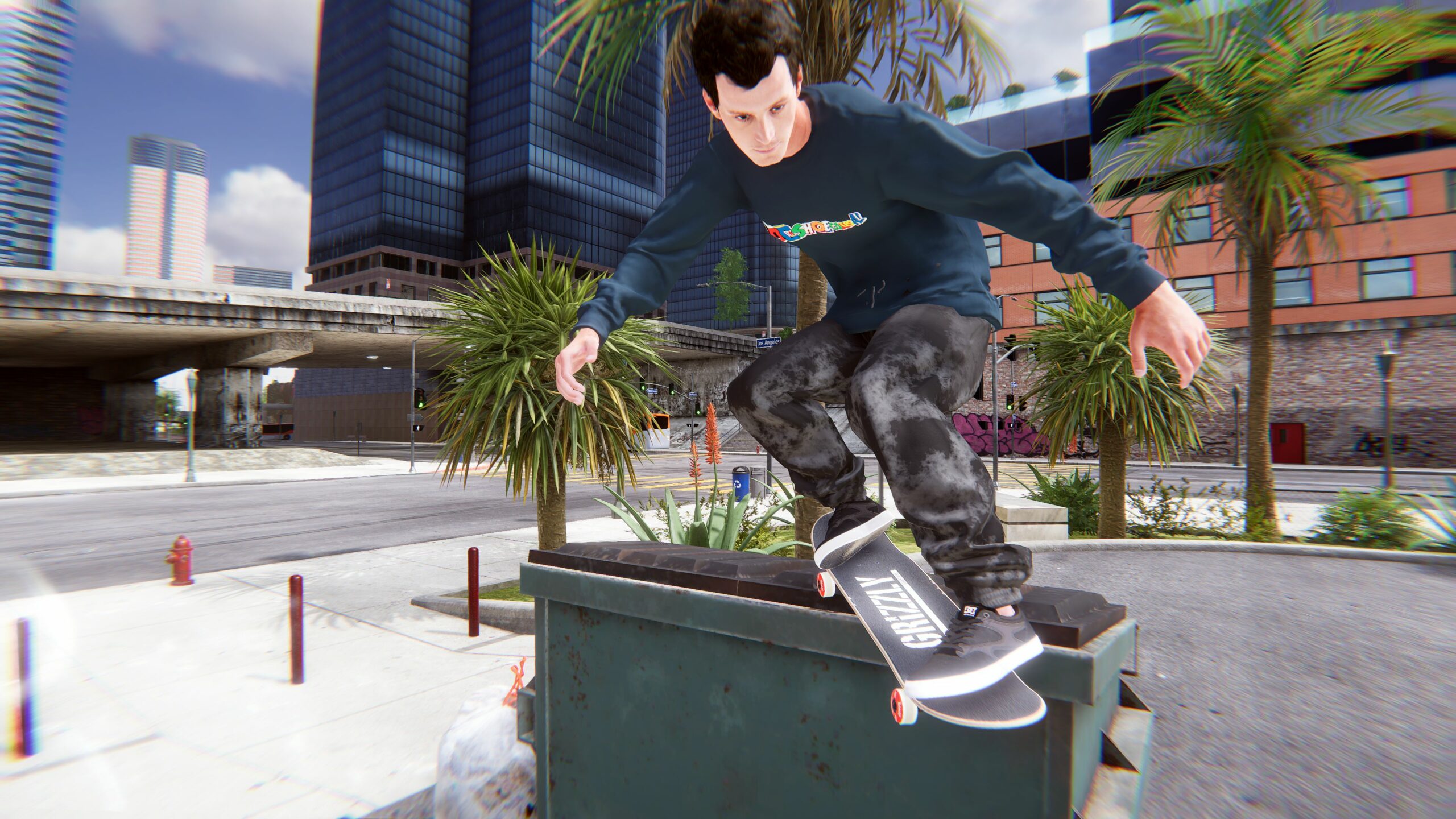 Well, it was long thought dead. The Tony Hawk's Pro Skater series is, admittedly, an arcade-style approach to skateboarding but the remasters are looking to bring the series back after a decade of Activision releasing peripheral-focused rubbish or, in the case of the fifth entry, faecal matter in game form. Then we come to the news of a new Skate game being announced last month. Skater XL has been released, but will these announcements overshadow the game? That is possible, one of the two announcements or this release will hopefully result in a great skateboarding simulation game.

Sadly, it won't be this release. Don't get me wrong, Skater XL by all sense of the word can be classed as a great skateboarding simulation. What it can't ever be classed as is a great game because the developers have forgotten to include the game part of this video game. "What do you mean?!" I hear you exclaim as the wheels pop off your board in shock. What I mean is there's just no bloody point to the game at all. This is something you'll hear more but it just feels unfinished.

No, more than just feeling it - it is unfinished. This isn't a release title by any stretch of the word. In terms of there being no bloody point, the game has a simple tutorial space and five developer-created maps and three 'curated' user-generated maps of varying size. There's a great modding scene here, but other user-created content counts less towards the review than what I'm drinking while writing it (Tennents) as the console versions don't have the luxury of them being playable.

As for the maps, they're all just so lifeless. The problem this has is that since there are no moving cars, no pedestrians, no other skaters, no objectives, no path... you know, I think you get the picture. There's nothing. Skater XL has you plop into a map and skate. Sure, there are some rails, stationary cars, buildings and such as that but it's devoid of life and, due to the lack of any objective, devoid of purpose. 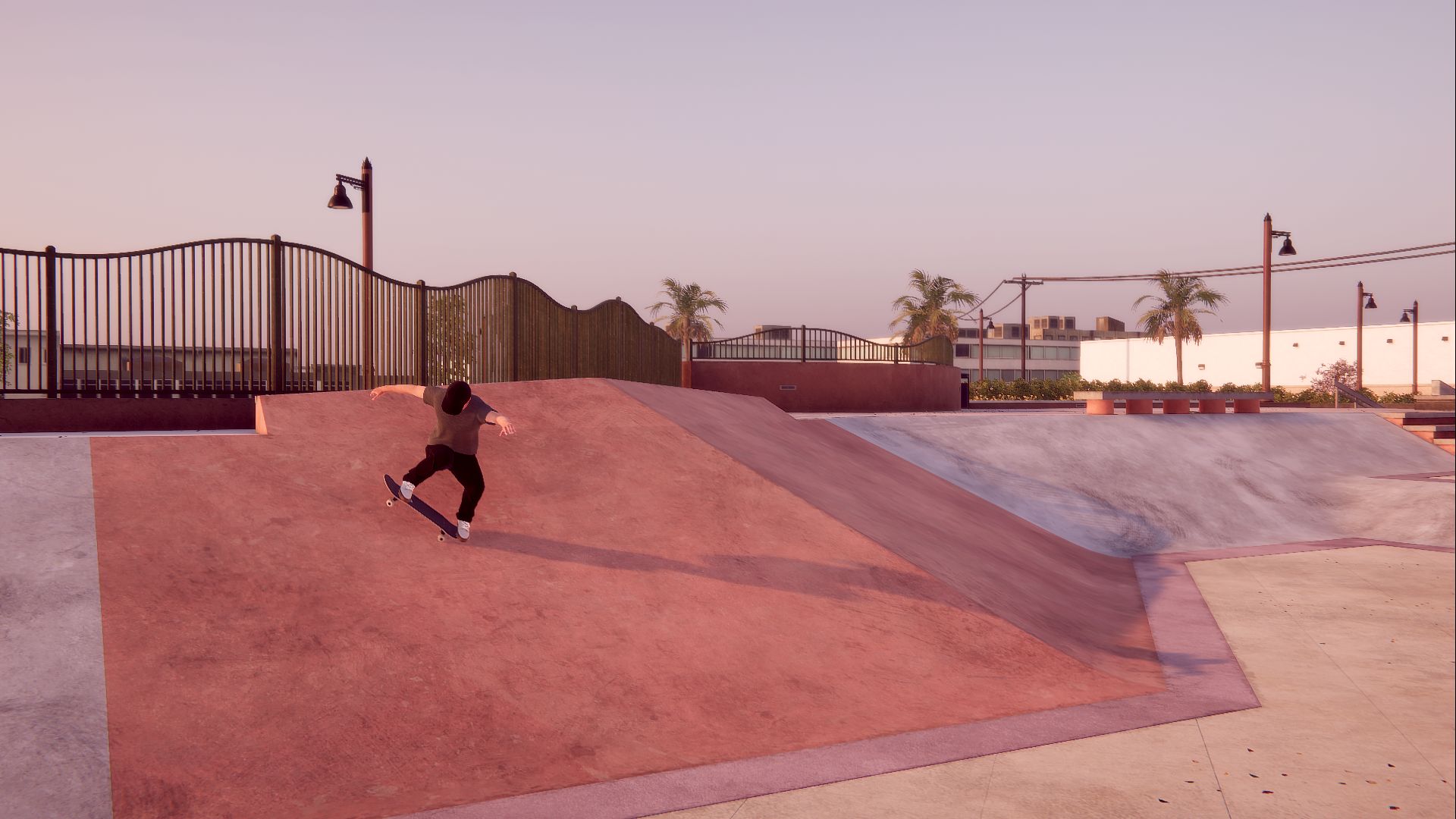 That is unless you like the idea of a sandbox where you just create your own fun. Well, I say there's nothing the game tells you to do, you can open a menu and see a list of challenges to complete, but these always boil down to "do this trick at this place and here's how you do it". I don't doubt that people who like skateboarding will enjoy performing these tricks, it can be incredibly satisfying to string together a few tricks and even more so when you land something complicated.

I found myself with a big grin on my face after performing a nollie backside shuvit, moving into an FS lipside, coming out of that with a nollie backside 360 shuvit and then finishing with a 540 hard double flip. I've no idea what any of that meant, the game just told me, in the top corner, that's what I did. It looked cool when I did it. Then I faceplanted into a small ledge, my character flying through a nearby tree and half sticking out of the concrete. Fortunately, the game lets you record these moments for you to remember when it all goes to hell the next time you want to do something and you're losing the will to live.

This is what I meant by this potentially being classed as a great skateboarding simulation. Aside from some issues where you'll find yourself popping through the geometry, it seems to get everything else right. The feel of being on the board, the landing of the tricks and even the sound of everything. Turn off the rather short soundtrack, pop on an audiobook or a radio station (I've listened to at least six hours of James O'Brien while playing this) and let the wheels on the different surfaces just take you away. That or listen to the soundtrack, it's good too.

I can't help but praise the audio design for that, it sounds like you're riding a skateboard and you can tell the difference from one surface to the next. Visually, however, the result is mixed. Some aspects contain a lot of detail and look good. Others, like some parked vehicles, some signs, just the general elements that you find on a street just don't seem to have had the same level of work as core buildings. It's still strange skating through a completely lifeless downtown LA, going to the convention centre and seeing the Staples Centre. This mixture, this disparity between the good and the bad just makes the game feel lifeless and unfinished. 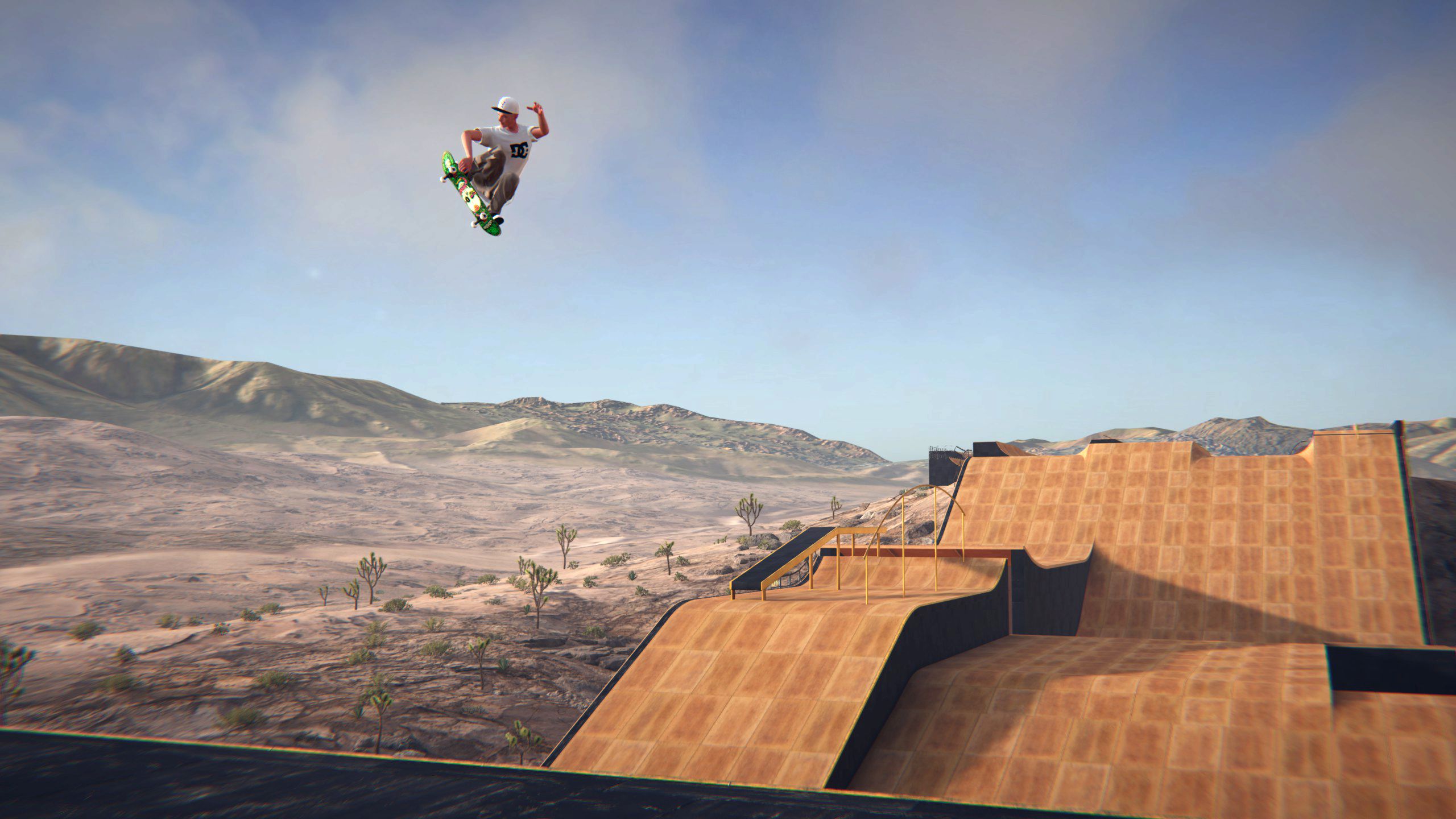 I don't doubt that people who love their skateboarding will enjoy how Skater XL plays. You control your feet using the left and right analogue sticks and performing tricks is all about timing, it can be incredibly satisfying to string together a few tricks and even more satisfying when you land something complicated, as I've already stated. The lingering question eventually comes through, that horrible game-damaging question: "what's the point?".

Until the game gives you more than a bunch of glorified tutorials as challenges to complete in each map, there are just the lifeless maps to skate around in, just finding your own things to do. Frankly, I'm bored with finding my own things to do, I want a game to give me something to do. It also doesn't help that some of the maps are pretty poor for skating and even with the maps you have a disparity between a game pushing for street skating but featuring a giant ramp in a desert. A ramp that is entertaining for a while but, as with the rest of the game due to its limited nature, is too repetitive.

Skater XL feels like a live service title in the worst way, it feels unfinished. It's not all bad, the controls work brilliantly, offering what seems like both a realistic and satisfying experience, particularly when landing a series of tricks. Sadly, this doesn't a good game make. This isn't a sandbox game where you can make your own game out of the gameplay elements, there are no elements beyond "skate". Skater XL needs direction and it needs content. It needs something. Until then, I can't recommend it beyond skateboarding purists who are capable and happy to make their own fun.

Skater XL is, simply put, an unfinished product. It's a Skateboarding Simulation Game without the game. A barebones five developer-created maps and three user-created maps have no path, purpose or direction with just a handful of 'challenges' that are identical to tutorials. The skateboarding itself is great, the tricks satisfying to perform and a joy to pull off, particularly due to the control scheme. Will you enjoy it? Possibly, if you're happy making your own fun and you like skateboarding. If you expect a video game, you're going to be sorely disappointed.