Launching a new IP is not simple. Most big publishers are unwilling to take risks nowadays, especially if they have a nice line-up of established series that will sell decently, no matter the quality of the actual games. In recent times, however, Bandai Namco proved to be quite daring in this regard, attempting to launch new franchises while not forgetting about its most popular series. Following the release of Code Vein, an interesting take on the Dark Souls formula, the Japanese publisher is back at it with Scarlet Nexus, an action role-playing that, while not trying in any way to hide its pedigree, manages to be a breath of fresh air, thanks to its fascinating setting and gameplay mechanics.

Scarlet Nexus is set in New Himuka, a futuristic city constantly under the threat of the Others, mysterious mutated beings coming from the Extinction Belt up in the skies. This threat, which originated from a cataclysmic event that happened many years before the events of the game, is seen as something completely normal, as the government of New Himuka also provides a forecast indicating the chance of Others appearing in certain areas.

To combat these monsters, the government of New Himuka also put together a special military force known as the Other Strike Force, which takes in and trains individuals with special powers to defend the city and its residents from the Others. It's with two high-profile new OSF recruits, Yuito Sumeragi and Kasane Randall, that this balance will be changed forever, leading to several members of the force learning the truth about New Himuka, the Others, and the many things they simply took for granted.

The story in Scarlet Nexus is definitely among the game's best features. The game's futuristic, cyberpunk setting feels great, and the plot itself is developed quite nicely, moving at a decent pace (outside of the slow first few hours) and featuring the right amount of mystery to keep players hungering for more. Some of the twists can be seen coming from a mile away, though, so if you're a big fan of Japanese animation, the story will feel a little predictable, although it will still be quite enjoyable, also thanks to how it is presented.

At the start of the game, it is possible to pick between the two campaigns, centered on Yuito and Kasane. While the campaigns feel quite similar in the first few Phases, things pick up and start feeling different after around 3 hours in. The two campaigns do collide every now and then, so some events are shared between them, but the fact that you will be following different characters makes sure you will experience a different take on the story's central events. Even at the beginning, where events do not differ all that much, the player is provided with some additional information that helps them paint a clearer picture of what is going on.

The Scarlet Nexus characters are among the reasons why the game's story is so enjoyable. Yuito and Kasane are the ones that obviously get the most development, but the other party members and many of the central NPCs are developed enough to result interesting and likable. Most of them do fall into classic anime clichès like the older man who has to fit in with teenagers, the shy yet reliable young girl, the tomboy who could be the best at what she does if she actually put in some effort and so on, but they do manage to stay likable for the around 25 hours needed to complete a single campaign also thanks to the Bond Episodes. These are optional story events that let Yuito and Kasane learn more about them while improving their relationship with them, which also comes with tangible combat benefits. Generally, if you have played any modern entry in the Tales series, you already know what to expect from the Scarlet Nexus characters.

The Tales series influence is evident even in the Scarlet Nexus gameplay mechanics, although it is not the only big Japanese action role-playing game series that has influenced it considerably. Despite the influences, the development team managed to make Scarlet Nexus feel like its own game, rather than a mish-mash of features taken from other popular series.

At its heart, Scarlet Nexus is an action role-playing game where Yuito and Kasane are the only playable characters. The two have access to the same special power, Psychokinesis, and different melee attacks: Yuito is the close ranger fighter that can hit hard with his sword, while Kasane is the long-range fighter who can hit enemies from afar with her knives. On the other hand, their Psychokinesis powers work in the same way: once their Psychokinesis bar is full, they can grab all sorts of objects from afar and hurl them at the enemy. Some of these objects feature special attacks that require the successful completion of some straightforward quick-time events that not only do not break the combat's quick pace at all but add some welcome variety.

To be completely honest, combat doesn't start particularly exciting, as both Yuito and Kasane cannot use that many attacks and special abilities at the beginning of the game, being limited to a few light combo attacks, a heavier attack, a launcher attack, and the basic Psychokinesis abilities. Soon after the beginning of the game, combat gets expanded with the Brain Map, the game's skill tree that lets players unlock a variety of new combat abilities and stats increases, and the SAS, or Struggle Arms System. This system allows Yuito and Kasane to temporarily tap into other party members' unique powers to unlock different new abilities. These powers are extremely varied, ranging from Gemma's Sclerokinesis, which makes characters invulnerable for as long as the SAS is active, to Hanabi's Pyrokinesis, which lets characters unleash fire-elemental attacks, to Tsugumi's Clairvoyance, which makes it easier to perform perfect dodges and more. All the SAS abilities can be improved by deepening the bonds with each character, resulting in the unlocking of even more abilities like the Combo Vision attacks, special attacks that consume SAS gauges, new combo finishers, and more.  A specific ability that can be learned via the Brain Map also lets players activate SAS with more than a single character, which expands combat even more. Using Psychokinesis and other special powers also lets players drain a special gauge under the enemies' life bars, letting them unleash a special one-hit-kill cinematic attack called Brain Crush.

As if all this wasn't enough, Scarlet Nexus also features two different powered-up states that are unlocked as the story progresses. The most basic of these states is Brain Drive, a heightened state that considerably speeds up attacks and increases stats. The second one, Brain Field, is an interesting take on this type of mechanic, as it completely alters the main characters' movesets, but comes at a potentially high cost, and it is up to the player to balance risk and reward in these scenarios.

These varied combat options would not mean much without tight enemy design, but thankfully this is not the case in the game. Scarlet Nexus' enemy design is extremely competent, featuring a vast array of enemy types that come with unique attacks and that require different approaches to defeat. The most basic enemies do not need any particular technique to defeat, but a few others do, as some hide their weak spots under shells that must be removed by attacking them with Psychokinesis attacks, others assume a defensive position when players approach them, forcing them to use Luka's teleporting attacks, or others that are invisible to the naked eye, and require Tsugumi's abilities to spot. These new types are introduced fairly frequently throughout the adventure, making combat feel fresh and exciting even hours into the game. Bosses are just as well designed and often require special Psychokinesis attacks to get knocked down and expose their weak points.

On the surface, all of these combat mechanics can feel a little overwhelming, but in reality, they are rather well-implemented and do not take too long to get used to, resulting in an incredibly fluid combat system that is moderately challenging even at normal difficulty.

Outside of combat, Scarlet Nexus, sadly, doesn't feel as fresh. Unlike most modern ARPGs, the game is a very linear affair, as players move from one area to another as the story dictates. Sure,  the locations do feature a moderately complex design, and exploring them fully requires using specific SAS powers, but there isn't a whole lot to discover outside of a few additional resource points. Linearity is broken up a little by side quests which see players hunt for items or defeat certain enemies using certain powers or combat abilities. They are very straightforward, though, so don't expect huge variety.

An area where Scarlet Nexus fully delivers its promise of an anime action role-playing game are the visuals.  All main characters are excellently rendered with cel-shading, which makes them feel like proper anime characters. The cyberpunk style used for the locations is also quite pleasing, although some low-resolution textures do damage the visuals a bit.

Speaking of the PC port, it is a solid effort, featuring full support for keyboard and mouse controls (including proper icons and full key rebinding options) and support for unlocked framerates. The graphics options, on the other hand, are not as vast as one might have hoped for, as the only settings that can be tweaked are anti-aliasing quality, texture quality, shadow quality, and post-processing quality. Even with this limited amount of settings, Scarlet Nexus is a game that will likely run well on any modern system, as it is definitely well-optimized. On the system used for the test, which is powered by an i7-10700 CPU, RTX 3070 GPU, and 16 GB RAM, Scarlet Nexus had no trouble running at 4K resolution, 60 FPS, and max settings. The system requirements are not particularly high, so most modern systems won't have any trouble running the game well.

I have quite enjoyed my time with Scarlet Nexus, thanks to its charming characters, interesting setting, and fluid combat system. The game may not be very original, as it borrows mechanics and themes seen in countless other Japanese games, but the quality of the experience is so high that the lack of innovation and the somewhat excessive linearity will not bother the vast majority of players. 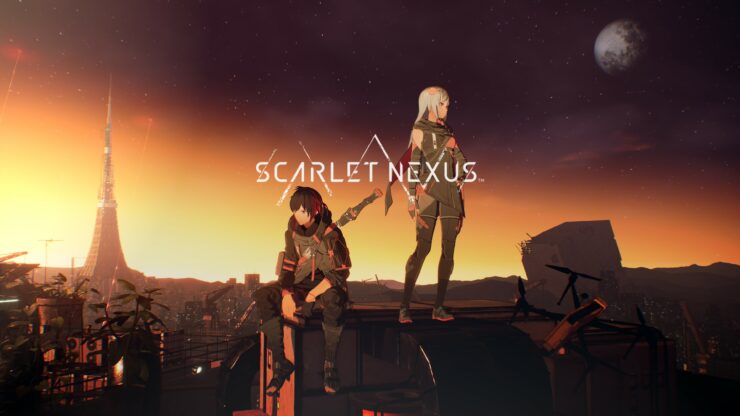