Code Vein might look like yet another game based on the popular and infamous hard action/adventure formula, throwing its own unique art style and setting on the oft used mechanics. You might imagine that this review is going to use the tired old shorthand of “Like Dark Souls but”, but it won’t. And that’s because Code Vein isn’t like Dark Souls, if anything, I feel it's more like Dragon's Dogma.

Code Vein is an action-adventure game with a strong, colourful anime-like aesthetic, where players make their way through the ruins of civilisation, fighting monsters and bosses and improving and collecting new gear. Checkpoints are marked with colourful mistle that let players level up, but reset all the monsters killed so far. And once again, this game doesn’t feel much like Dark Souls.

That’s because while the combat is weighty, it is filled in with spells and abilities more typically found in other action RPGs. These aren’t like the spells and miracles of Dark Souls, for example, resembling more the powers you wield in games like Dragon Age or Dragons Dogma. From fireballs to teleportation, from damage buffs to combo attacks, you’ll get a few different options that can change up the normally slow, balanced battles of Code Vein. The class system that allows you to use these abilities is complex. You can swap class whenever you like, banking experience into each one to unlock your powers and can eventually use certain powers across different classes. But the menu system and in-game explanation aren’t great, to say the least.

Some abilities are greyed out and no real reason is given for it, while others are less grey and can be bought with experience. As time goes on you can start to anticipate what will work and what won’t but I can’t say you’ll ever understand it. The classes all have ridiculous names but fall into the categories everyone that’s played a class based game before will understand. There’s magic focused, ranged, melee heavy, tanks, etc.

Perhaps the systems in Code Vein would be easier to understand if the game’s narrative made any kind of sense. The long, confusing cut scenes and bizarre dialogue certainly set a mood of confusion and puzzlement that could easily cloud the rest of your mind. You’re a vampire, known as a revenant, and you wake up with amnesia next to a woman dressed in what I can only assume is wedding lingerie. It turns out that you’re a special vampire that can change your class, and steal others by touching the pointy stones of the other vampires you kill. The world is a total mess, with a red mist that imprisons you and a strange disease that sends the vampires into a blood rage. From there I couldn’t safely tell you anything else about the story as none of it made sense. But in every exposition dump that counts as dialogue in this game, they say blood at least a hundred times until it practically has no meaning anymore.

Despite this, Code Vein is quite a lot of fun. The art style is interactive Japanese anime and it does look really cool. The character models are incredibly detailed, although the game uses that excuse to undress nearly every woman they come across and a lot of the men. Monsters are varied and with pretty cool design choices that make them stand out. The locations, while initially interesting, don’t do much, with literal car parks to explore. Also, for some reason, the game has decided to have a large swamp region down a pit just to make you think it is trying to be Dark Souls. It’s weird.

There’s plenty of room to explore the ruins you’ll wander, and you can get anything from a new weapon to old cologne. But it doesn’t take you long to start noticing the suspiciously still enemy bodies that scatter a lot of floors that definitely won’t get up and attack you once you walk past them. It’s a trick that feels overused after only a handful of hours and Code Vein doesn’t really slow down their use.

If you’re still wondering why I’ve mentioned Dragon's Dogma before, it’s because you get a sidekick in Code Vein. In your hub, you can choose another poorly dressed vampire to come with you, and as you explore they’ll say strange, possibly cryptic, possibly pointless all the time. All the time. It immediately feels like Dragon's Dogma with your extremely chatty pawns.

There is also an online aspect of Code Vein where you can replace your sidekick with a hopefully less chatty person, but unfortunately I didn’t manage to find anyone to test the system with.

But despite its occasionally tedious locations, Code Vein does tap into the satisfaction that comes from exploration and conquest. With no real loading screens, you’ll want to keep pushing forward, testing your luck and hopefully pushing your sidekick off a skyscraper. The combat has a lot going on, even if most of the encounters start with the same type of ambush. Whether Code Vein can be remembered in the same way as Dragon's Dogma is yet to be seen, but its over the top edgy aesthetic and pretty decent combat make it fun enough to jump into. 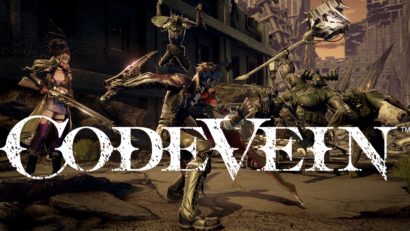 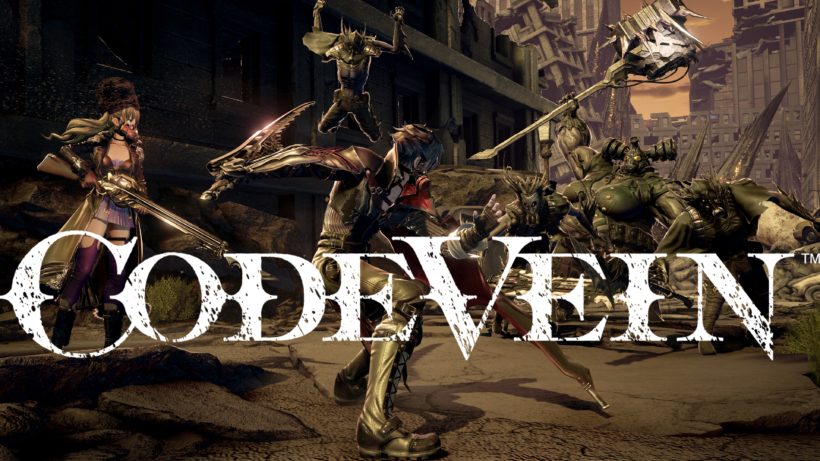 While Code Vein has a lovely art style, the story is the boring kind of bonkers. The combat is fun and the exploration satisfying, but the locations feel repetitive, the sidekicks annoying and in the end, it feels like Dragons Dogma's edgier cousin.