I've always had an unfortunate time with earbuds in the past. My ears tend to either swallow them, sometimes having required tweezers or in one case a trip to the doctors in the past to remove an earbud tip. Otherwise, they repel them like they're both the same sides of a magnet, having one or both of the earbuds fall out if I do anything as silly as jogging, walking or breathing.

Okay, that latter may be a slight exaggeration. But I have had issues with comfort in particular and the earbuds do fall out. Plus, there are also issues with the tips having come off and getting stuck. I am an adult, honest. My ear canals are also a little wonky, requiring some adjustment in position or a change of the tip for the sound to actually come through properly. I do also have to admit I've mostly had cheap earbuds in the past, having only tried out the earlier Gear IconX.

So, as it'll be obvious why I've pretty much exclusively used over-ear headphones since then. Until now that is.

Sleek and Stylish - Designing the Buds

If you've seen the Gear IconX wireless buds, you'll recognise the core of the Galaxy Buds. The main thing about the Galaxy Buds is that they're less bulky and offer three separate tips and fins that work perfectly with the triangular shape to let you find the ideal fit for your ear. In what I find a very rare situation, I'm actually comfortable with buds in while doing something active. In particular, when going hiking or in the gym, not a single time did the buds fall out.

They're also pretty discreet and not very noticeable, although different colours could alter this. I have a pair of White buds. The Galaxy Buds also come in Black and Yellow, with Yellow being very bright. The smaller size makes them reasonably attractive and it confuses people who are talking to you when you don't actually answer back. Altogether, Samsung's Galaxy Buds are a decent looking piece of kit. I will say that I do have one problem that is down to the design and function of them. It's about the panel that sits on the back of both buds.

While the buds didn't fall out, I did find myself wanting to move them every now and then. Sometimes this was just to have a chat with somebody or, if I had pressed my head on a bench, etc, they'd move and need repositioning. It's very difficult to move the Galaxy Buds in your ear without accidentally touching and activating the panel. Trying to do so would pause a video or song or just activate something on the phone. It's a minor irritation which could be as a result of my fumbling fingers, though I do think there could have been a little more room between the panel and the edge of the bud.

All things considered, I'm happy with the size, design and general look and fit of the Galaxy Buds. Aesthetically, can't complain in the slightest. The small size is only improved when you then look at what's inside such a small package.

Hearing, Speaking & Touching - But for How Long?

My earlier complaint isn't to say that the panel isn't useful. Everything you need, from pausing a song to skipping tracks, answering calls and more is all easily controlled with up to three touches. This can also be modified in the Galaxy Wearable app that can be downloaded onto any phone, including iOS devices. The options are pretty decent with the most valuable being the magical "find my buds" button (not visible on the screenshot) which has your buds chirp like the most annoying budgie ever, helping you find them.

With the rest of the app, I can't honestly say I found much use to anything other than the battery life view. Having listened to a number of songs, including the outstanding Pour Some Sugar On me, I can't say I found much need for more than the equalizer to be turned on and set to Dynamic. Others do improve aspects, depending on what exactly you are listening to. Dynamic is still the ideal go-to choice if you don't want to swap and change between the modes.

This is mostly because the audio quality is good, though not exactly great. The Galaxy Buds are very good at blocking out background noise, which is essential because the actual volume put out by the Buds isn't always sufficient. I have to have the sound turned up completely, ignoring any warnings about listening to things at high volume. On more than a few occasions I've struggled to actually hear what's coming from the phone. Not so much phone calls or music, but web content like YouTube could be particularly difficult.

Another useful option is the ambient sound settings, letting you choose exactly how much background noise to let in, with a specific focus on voices. For the most part, I can't say I noticed a massive difference for general ambient sounds, they were ever so slightly clearer with settings turned to max. Voices, on the other hand, were dramatically clearer. It really made it easier to let you not look like an arse who's just decided to ignore everybody.

As for actually speaking to people, the audio quality by all respects is strong. There is no noise canceling aspects to the microphones, which would be an issue if Samsung hadn't placed two microphones on each bud, one positioned facing out with the other facing in, capturing your voice from the inside of your head. It's the outer microphone that helps to provide ambient sounds while using the buds. The recording quality of the buds is good enough and I've been able to use them without complication on regular calls, Discord and Skype chats. If there is an issue, it's that they are sensitive to other peoples voices should you be using my arch-nemesis, Bixby to voice-control your phone.

This is all powered by batteries that last for around five to six hours of frequent use with the case also holding power to charge them up on the go. One minor issue is that, according to Samsung, the case only holds enough power to give the buds one extra charge. According to the company, this extends "music playback time to 13 hours and talk time to 11 hours".  An incredibly useful function of the case is that it can also be charged wirelessly or wired via USB-C. When the Galaxy S10 range is released, the phone will also wirelessly charge the buds and other Galaxy wearables.

The Galaxy Buds - A Budding Piece of Tech

One thing that could put you off of the Galaxy Buds compared to using a regular pair of earbuds or headphones is the price. These come in at an RRP of $129.99, £139.99 and €149.99 respectively. Yes, you read that right UK & EU users. Samsung is charging the equivalent of $185 (UK) and $170 (EU) at current exchange rates. These are still cheaper than Apple's AirPods which have an RRP of £159, €179 and $159. One current advantage is that if you preorder one of the Galaxy S10 range before March 8th, you can get a pair of Galaxy Buds for free. This won't help to mitigate the abysmal exchange rate practice though.

Despite the atrocious pricing, I can't help but recommend the Galaxy Buds to those who want a good pair of wireless buds to go with their phone. They work perfectly with my Galaxy S8 and should only be improved with my upcoming S10 Plus, which will be able to charge them wirelessly. Beyond the improvements that could come with noise canceling for the microphones, increasing the volume on playback and improved battery life, there isn't much more to improve on.

This set of Galaxy Buds were given away by Samsung to attendees of Galaxy Unpacked 2019, which I attended last month. 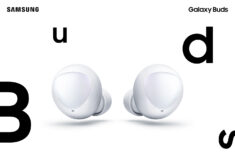 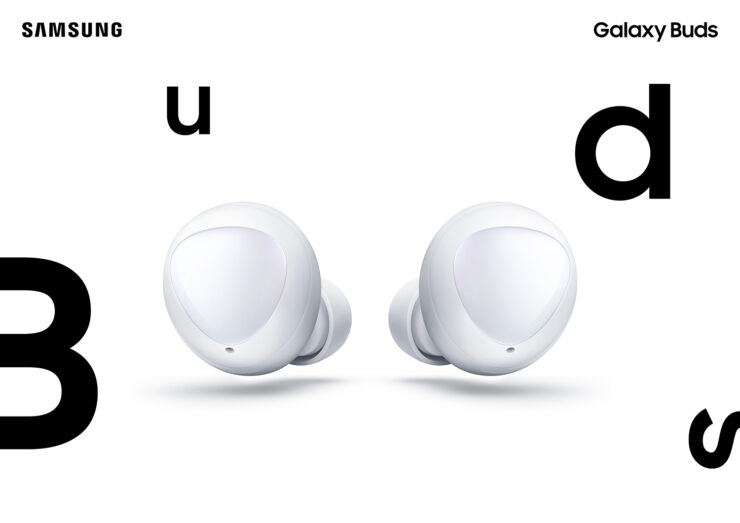 Samsung, with the Galaxy Buds, have far improved on the IconX range and have made a great quality wireless bud, with a great battery life within the buds, making them excellent for day to day usage. This is improved by them both looking discreet but also feeling great, thanks to multiple sets of wings and tips that come with them. This isn't to say that there aren't issues. The case has a small battery, though it does allow for wireless charging and can be charged wireless by the upcoming Galaxy S10 range of phones. The volume of the buds is a little too quiet, frequently requiring volume being set to maximum and there is no noise cancelling on the microphones, though that is a minor concern. What is the only other large issue is regional pricing, which makes them significantly more expensive outside of the US.