Media Molecule's been busy with their Dreams design suite for PlayStation 4 and PlayStation VR, but that doesn't mean that their franchises have been left behind on those previous console generations. Under the careful watch of Sumo Digital, the mascot of the Little Big Planet has been set free to undergo his own big adventure with a few friends sharing the same couch. The aptly-named Sackboy: A Big Adventure brings the stitched up hero into a PlayStation 5 (and PlayStation 4) adventure that fits right up there alongside Astro's Playroom for a platformer that kids of all ages can appreciate. 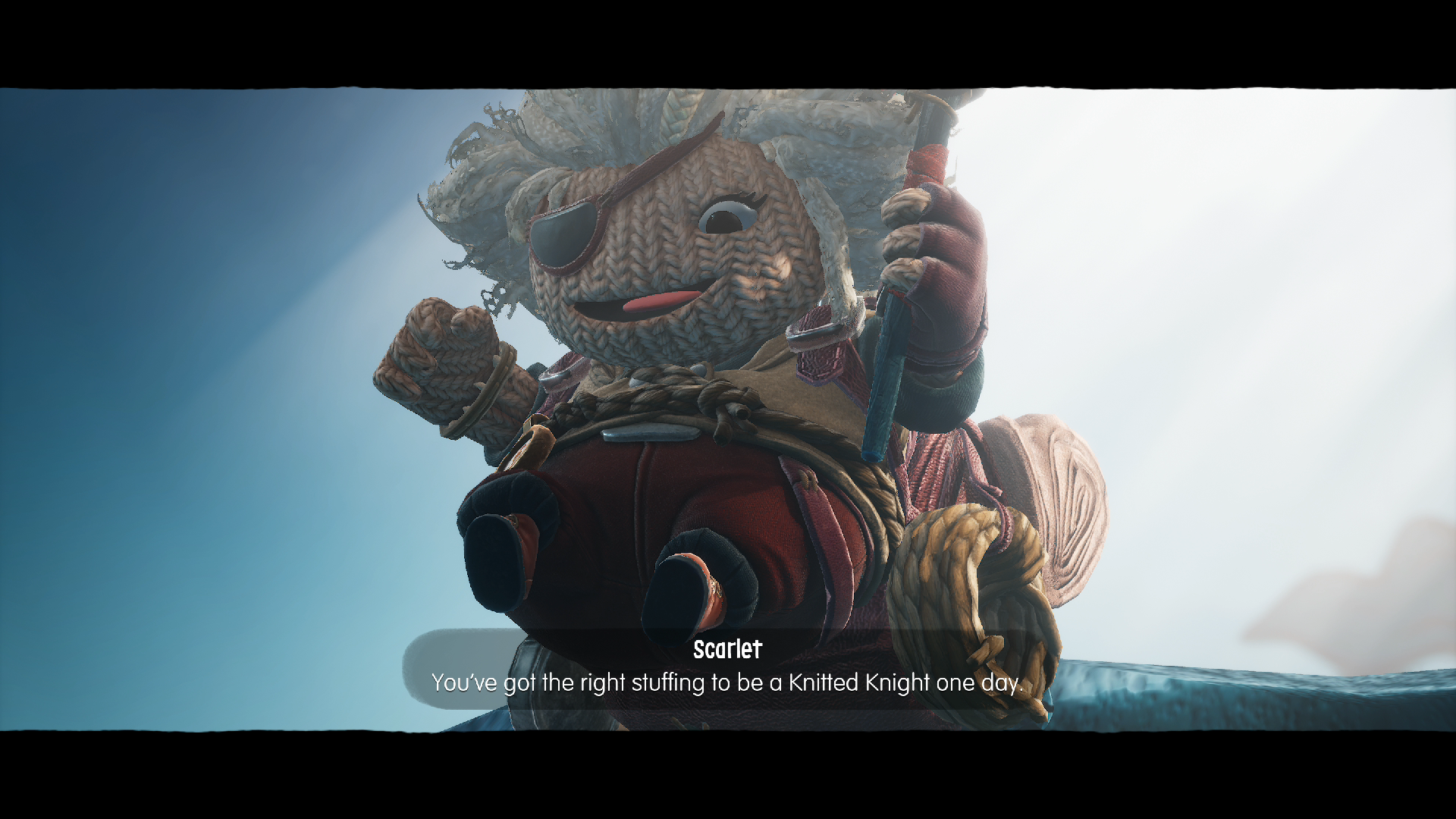 While not as nimble on his feet as Sony's other PS5 mascot platformer Astro (if you managed to pick up a PlayStation 5, Astro's Playroom is an essential play *and* it comes installed on your system!), Sackboy still has plenty of moves that are easy and intuitive to pick up. The knitted knight can jump with a little extra oomph to his midair hovering, kicking his feet about like a yarny version of Super Mario Bros. 2's Luigi. His hands are free to grip, grab, yank, and even smack fellow Sackplayers as they pose for a post-level trophy shoot.

Sackboy: A Big Adventure regularly invokes thoughts of Nintendo's more experimental designs to its platformers, namely Yoshi's Woolly World and Kirby's Epic Yarn to a lesser extent. Everything in the world that resides within the PlayStation 5 is built from everyday materials, from the yarn that forms the Sackboy character to the cardboard cutouts and found materials that build the backdrop to every stage. In every new level, I was finding myself stopping to take pictures and marvel at the level of detail that was put into every little setpiece scattered throughout. Even if Sackboy's Big Adventure is just a tech demo for Sony's latest PlayStation console to showcase how realistic their textures can be, I was pleasantly surprised with Sumo Digital's love and creativity with the LittleBigPlanet mascot. 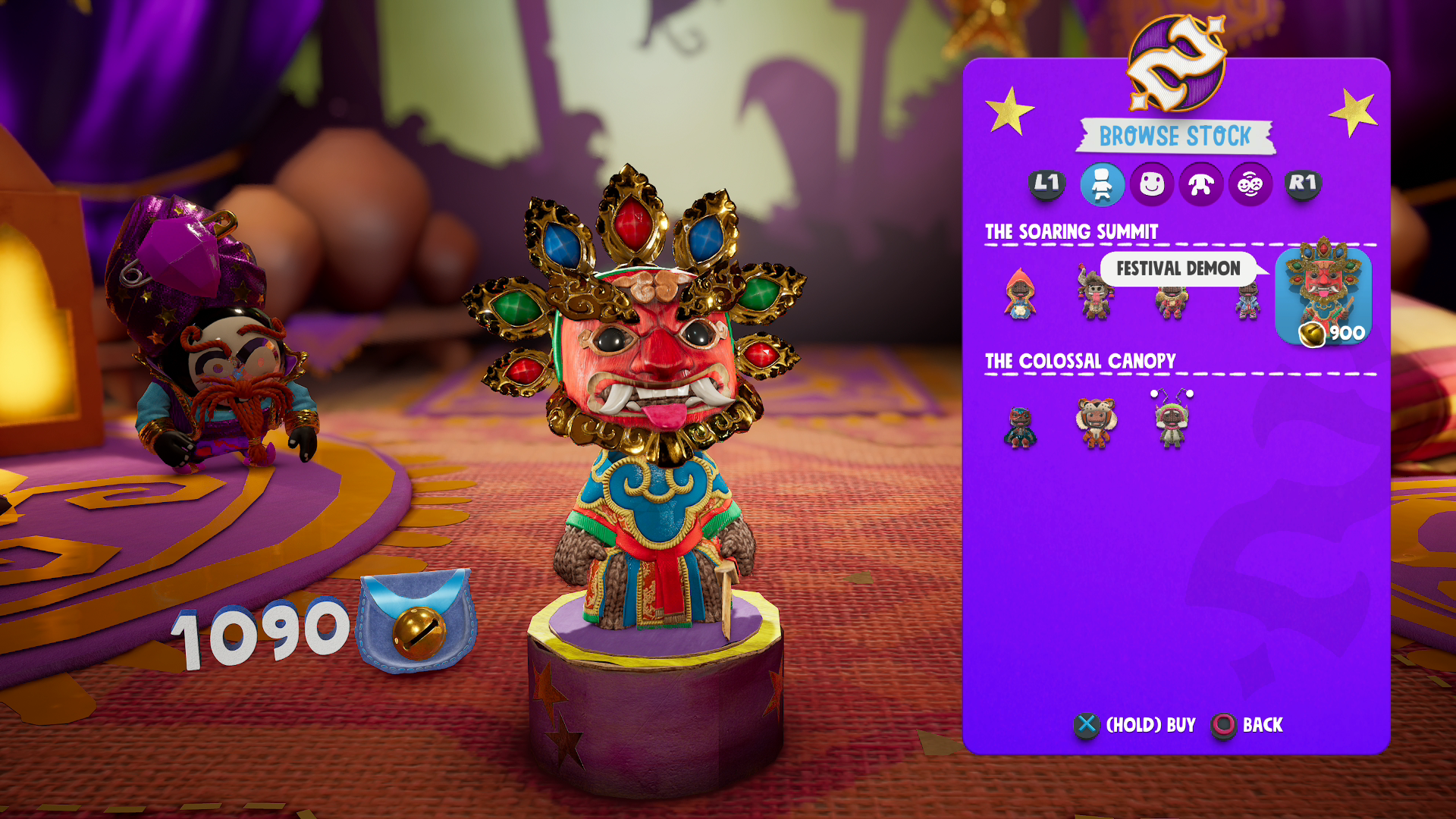 Longtime platformer fans that grew up with Nintendo's 3D line of Mario titles may find themselves thinking Sackboy: A Big Adventure is a bit on the easy side. While enemies can knock the player out after two hits, there's rarely any sense of danger from enemies that want to take the little Sackboy out. Instead, the biggest threat to our yarny friend comes from the great number of gaps and pitfalls that litter every single level. If not for the sheer number of gaps that will take out a player and kick them back to a previous checkpoint, I would call Sackboy's Big Adventure one of the lowest stakes 3D platformers I've ever played. And sometimes that can be a good thing. Not every platformer needs to be geared towards a hardcore audience, although I'm sure some of the challenges to collect every bauble will be more than tricky enough for anyone that picks up a copy of Sackboy: A Big Adventure. 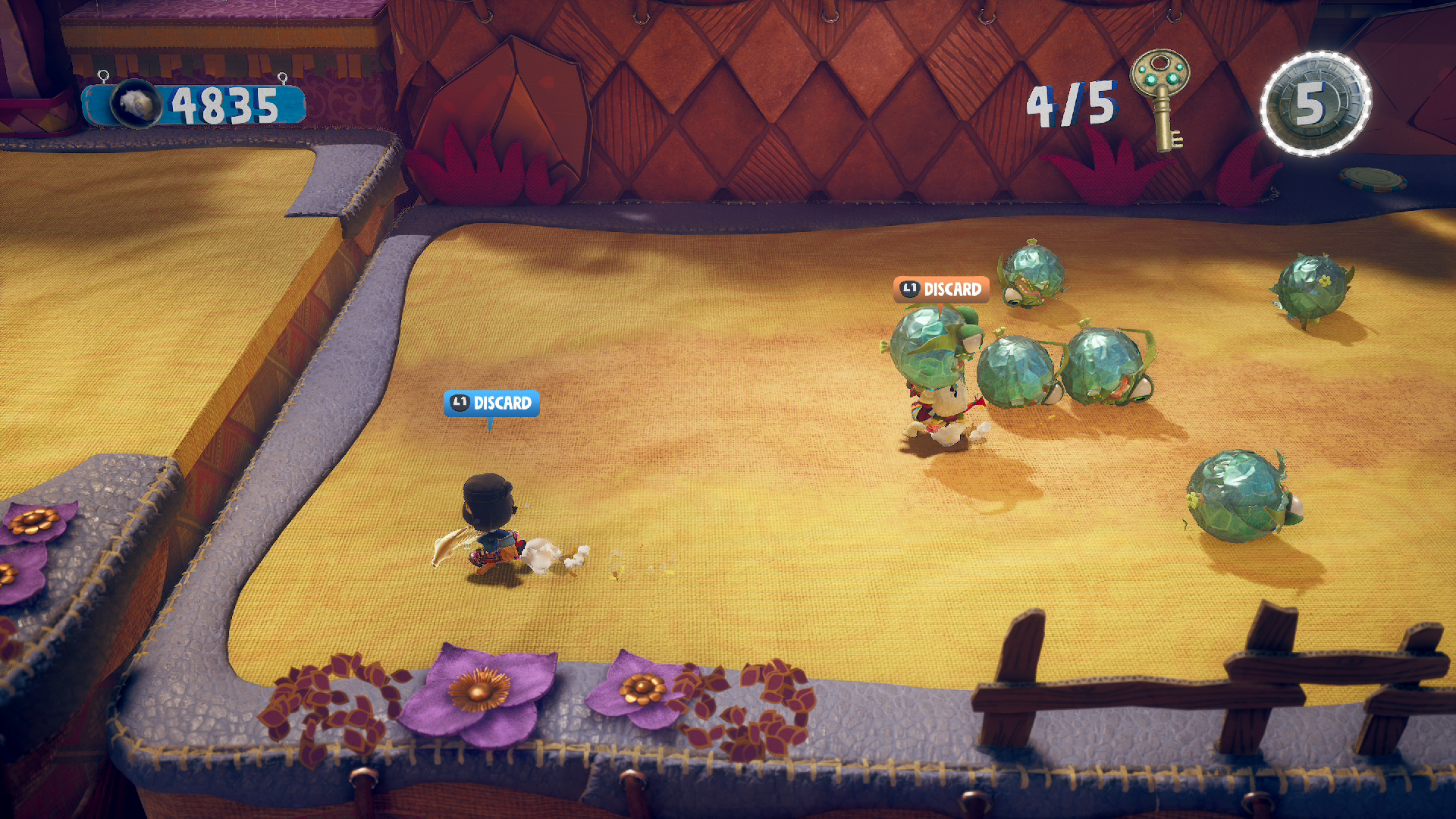 Some of the best moments in Sackboy's Big Adventure are in the usage of licensed music in specific stages scattered throughout the multi-world adventure. Not since Rayman ran along to a unique spin on Ram Jam's Black Betty in Rayman Origins have I found myself so engrossed with the inclusion of music as a platformer set pieces. The inclusion of Uptown Funk in the Treble in Paradise is hands down one of the most fun stages in the whole game and stands out as a multi-sensory experience. It isn't just enough to have the music playing around in the background as you jump and clamber your way throughout the level. Instead, the music reacts in time with the player's performance, building up to a crescendo and the signature 'Hallejulah!' callouts as you run through the cityscape. The entire level dances and bounces in time with the music as if to cheer the player onwards and upwards.

Sackboy can develop just as much his/her own style as the levels themselves. As you collect baubles and currencies scattered throughout each stage, these can in turn be spent on attire for your player character. With dozens of individual pieces and thousands of combinations, there's enough to work with to truly design your own unique Sackboy and set off on your very own Big Adventure. If you want to be half-party piñata and half-Brit punk rocker, there's no stopping you. 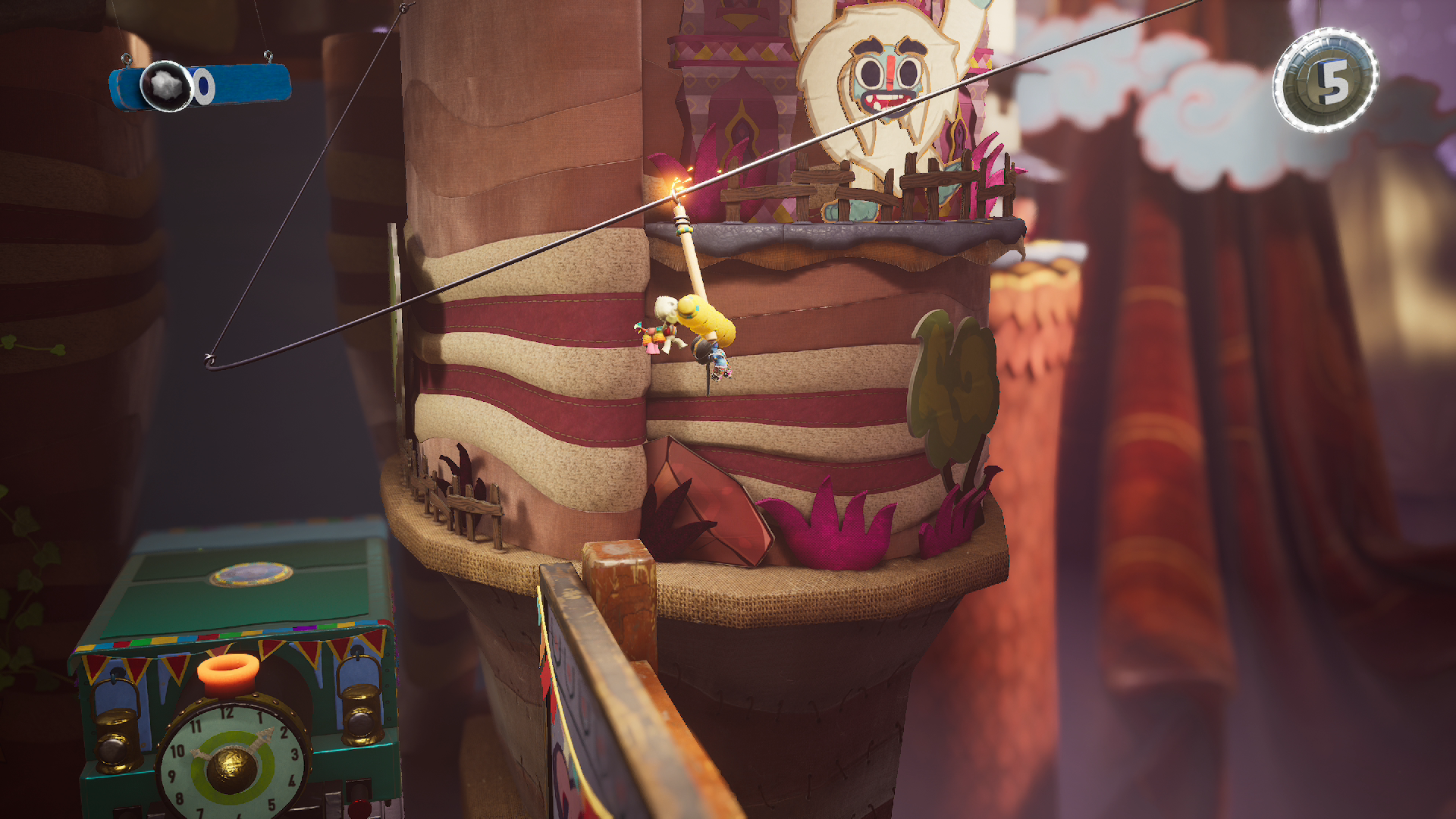 Being a multi-platform title, you might have to figure out which console to get Sackboy: A Big Adventure on. If you were lucky enough to secure a PlayStation 5 over the holidays, that's certainly the best place to play. Players won't have to spend much time at all staring at loading screens or even the overworld map to get to the next level, as Sumo Digital takes advantage of both the PlayStation 5's SSD as well as activity cards to help get players into the levels with almost no loading at all. Sackboy: A Big Adventure also outputs at true 4K on the PlayStation 5, versus full HD on the last generation consoles, and you can make out fine texture details on all of the various materials, right down to the frayed stitching on your playable Sackperson. The DualSense controller is also used in pretty charming ways, offering varying levels of resistance as your Sackboy tries to comically jump and hover through the air or yank and throw pieces of the scenery about.