Romance of the Three Kingdoms XIV

Why? The series has been on a downward trend since Romance of the Three Kingdoms XI, with XII and then XIII being perfect examples of Koei-Tecmo's unwillingness to fully back titles that aren't in core franchises like Warriors, Dead or Alive or other larger names. The question, then, does Romance of the Three Kingdoms XIV buck this downward trend of the previous games? 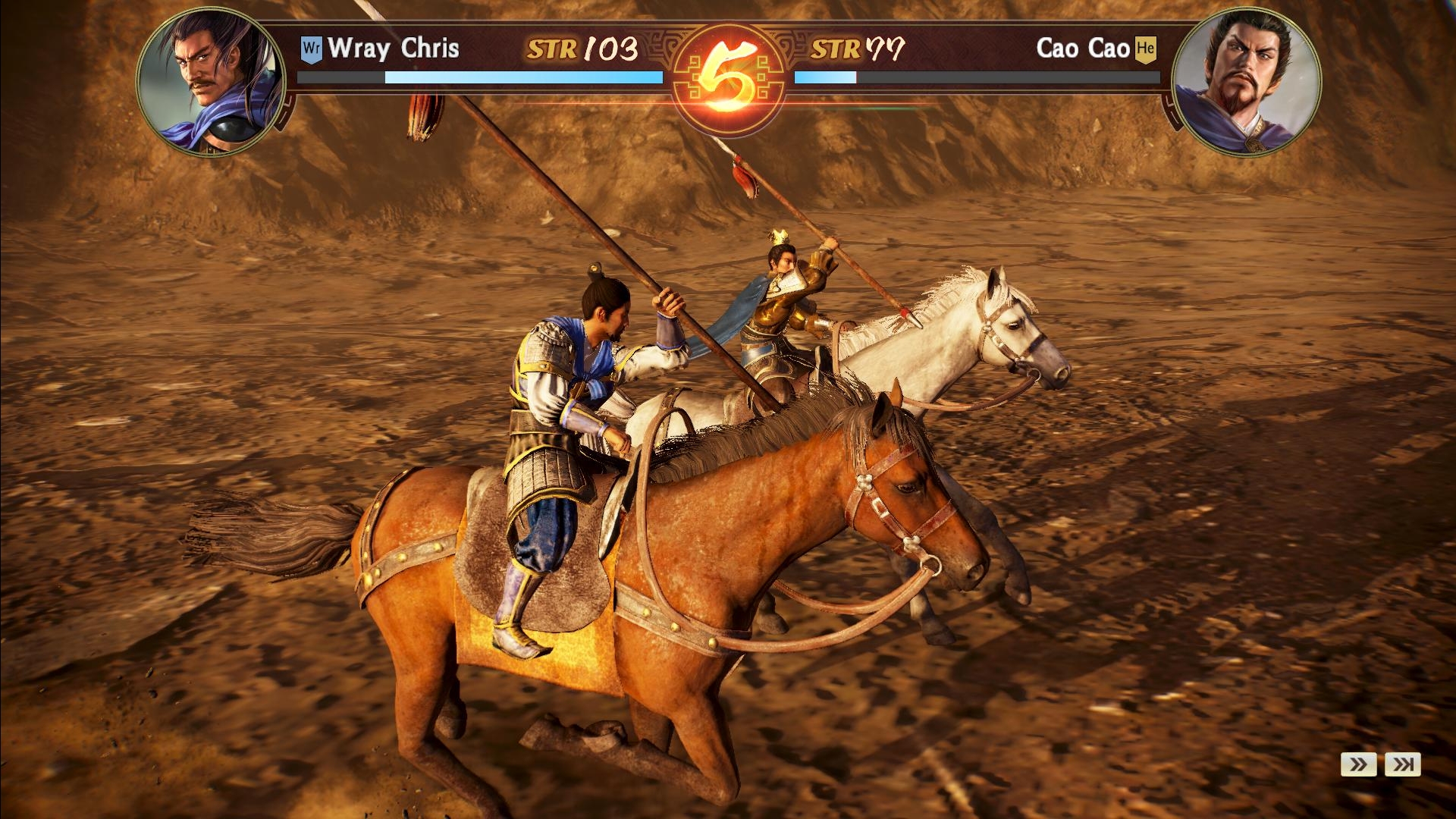 You may be glad to know that it does. I was certainly glad to find that out. It should be noted that this comes with a sizable side-note and warning that while it is a series on the up, this is still a far cry from the best the series has to offer. In the case of XIV, the focus is on strategy rather than the role-playing aspects found in entries like VIII. The best strategy-oriented title in the series, for me, is XI and is still XI, despite this now being out. However, there are certainly some very interesting moves from Koei Tecmo here in Romance of the Three Kingdoms XIV. Some good, others not so.

Normally I'd start with one or the other, talking about the good and then onto the bad or vice-versa. It's not that easy to do that here, due to how everything links together in the game. For example, one of the things I appreciate is the return to grid-based movement and combat, rather than following rigid roads between cities as in the previous iteration. This makes it very reminiscent of XI, though instead of squares, you have hexes. That offers a wider range of movement options and, adding to this, is the fact that the map is much larger than ever before.

What this means is that a long campaign, where you're travelling hundreds of miles, will feel like it. You will see the hexes change colour as units move through them, showing the fluidity of a border in war. No longer do you simply capture a region and it's all yours, now you're going around the area, converting each hex. Now, this may seem tedious, and it would be were there no shortcuts, so fortunately when you capture a city or village, you can appoint an officer to develop that location and they also automatically capture further hexes within that places natural border.

I genuinely love this system, I always have loved systems that show the true fluidity of a border during times of war. So what's my problem with it? The AI, that's what. The AI for an enemy naturally understands the needs to conquer these hexes as it adds to the productivity of a region and, I believe, the morale of a city. Why, then, when you create a division in your empire, placing the AI in charge, do they not bother capturing these things? Hell, they don't even seem to assign people into developing the cities and villages you put under their care. 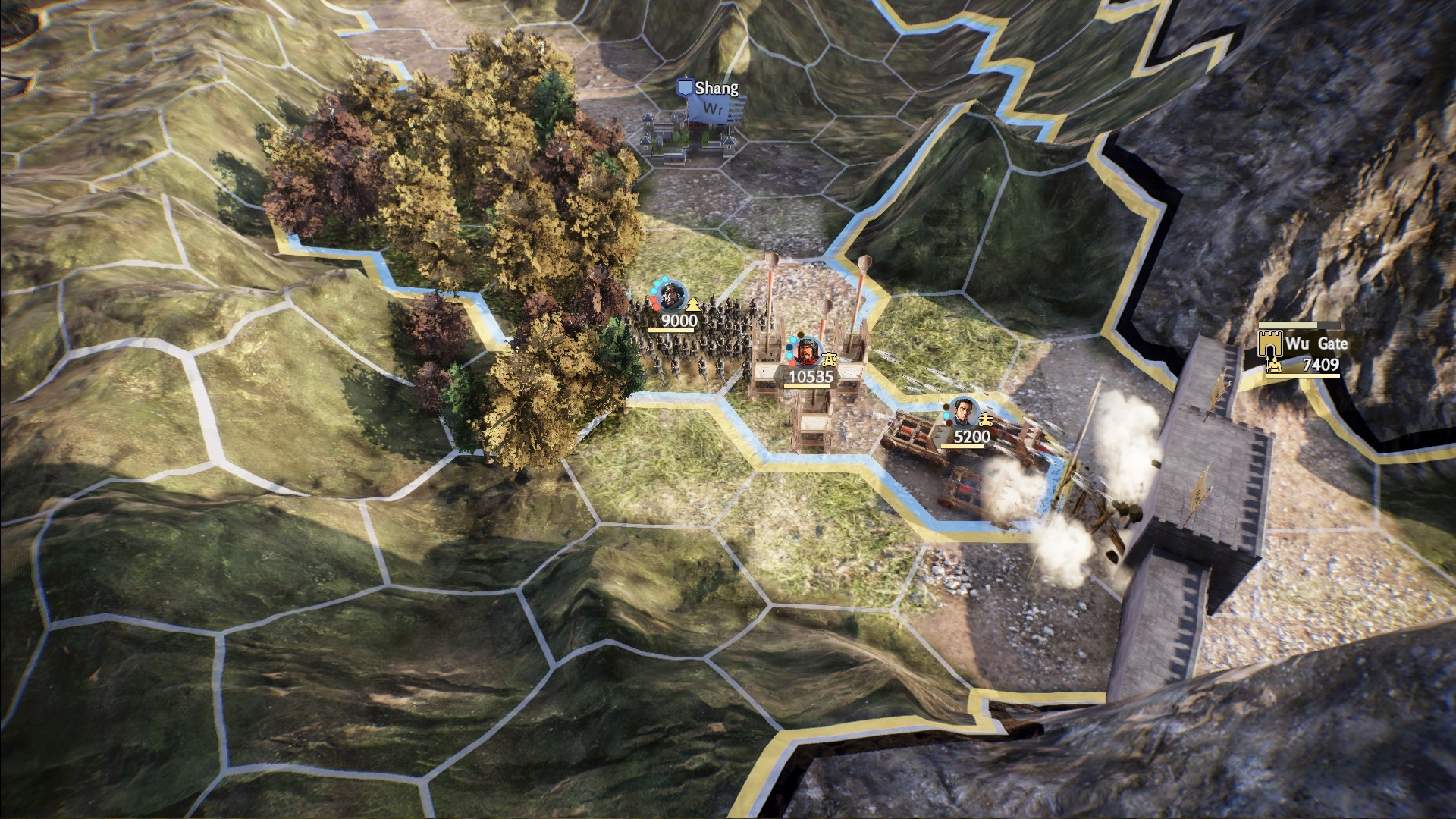 Maybe it's just me that's missing something. Did I not assign enough officers to the regions for the viceroy to place people where needed? That's one curse with another improvement made here in Romance of the Three Kingdoms XIV, the interface. The UI and the game, in general, has been streamlined. This doesn't take any element of depth from the game, I'd say it's more detailed than ever before thanks to the larger scale of the map and other features that have been included.

So what are these features? Because the map has returned to a grid-based system, you can now build a myriad of support or defensive buildings, as well as traps, with each region in the game allowing a certain number of buildings. Naturally, the terrain also plays an impact on this, with you being unable to build on such as high mountains or in forests. The terrain also has a large impact on unit movement, creating a natural land barrier that can add as a great level of protection for your burgeoning empire.

Another great feature is the way your units are structured when you head into battle. Each general, with whatever their abilities are, can use a particular set of formations. These formations determine the speed, manoeuvrability, attack, defence and everything else of the unit in question. In addition to the regular formations, you can also choose whether a unit will be a siege unit (catapults or battering rams, for example). Going on the attack will very much be a case of looking at the distance you'll be travelling, terrain included, as well as the force your enemy has and could bring to bear.

Of course, the more units you send, the bigger a drain on your resources. Fortunately, you don't need to take supplies with you but the further away you get from nearby cities and villages, the bigger a draw it is on your home cities supplies. This lack of having to carry supplies and gold is certainly a handy feature and it also brings the hex control element into even more importance - if you have no rear guard then your supply lines could be easily cut, having a drastic effect on your morale and essentially guaranteeing defeat. 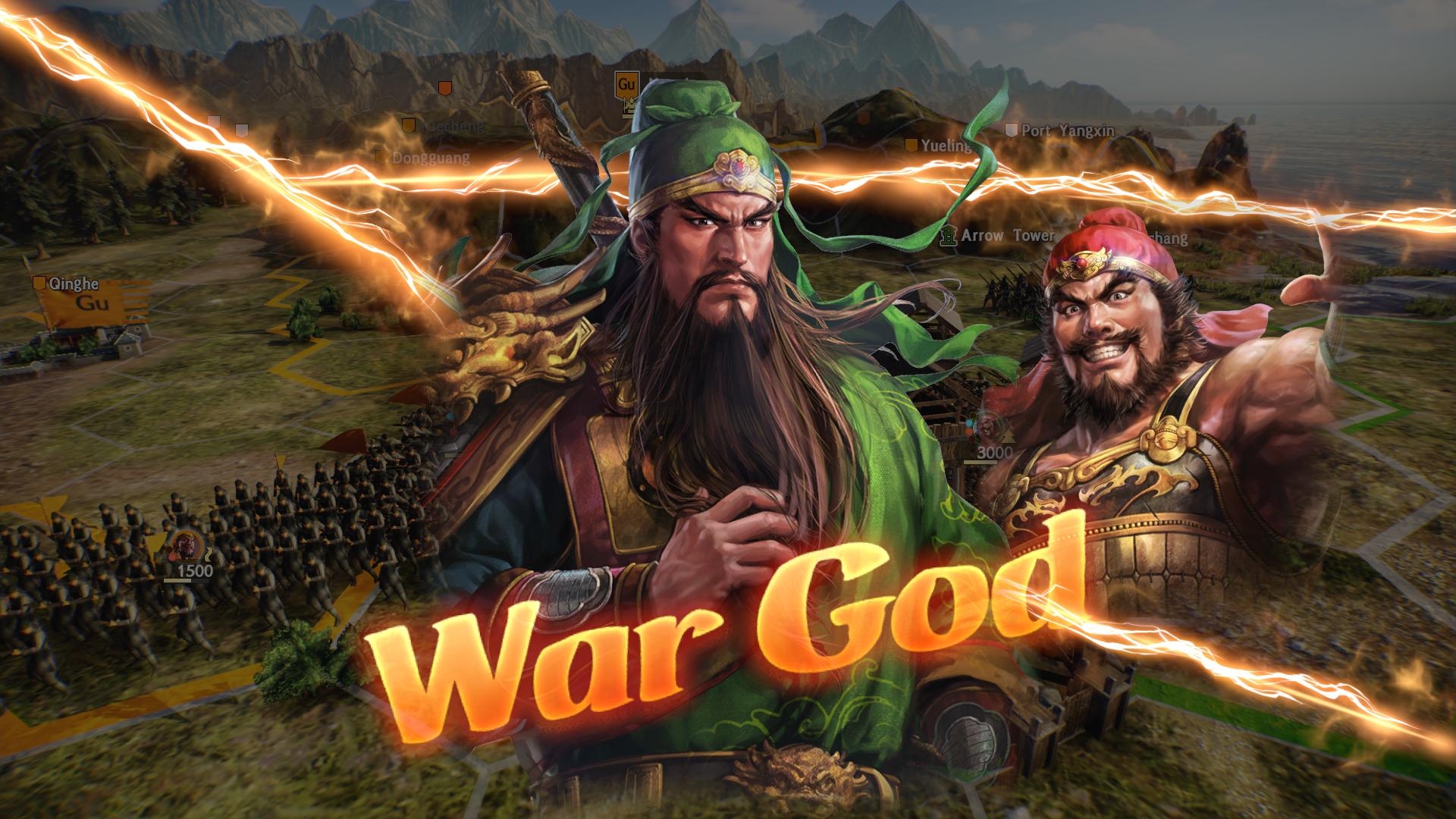 Much like the supplies, the use of skills both on and off the field has been taken out of your hands. In battle, your units will automatically use what skills are available to them, when they're ready and suitable to use. This can be ones that are simply used in battle alone or, in the case of officers like Liu Bei, Guan Yu and Zhang Fei, who have a strong bond, them being together will raise their abilities and allow the use of further skills. Matching characters and getting them to work together, having them bond, as they fight side by side through the years, gives a high level of character development to the game.

The only selectable ability you have within battle is to choose to use a fire attack on the enemy, everything else is, as I've said, automated. You are left to choose your tactics in positioning and such as flanking manoeuvers. As for outside of battle, the abilities and skills are more limited than in previous iterations. In between turns, there are several orders you can give, some of these can be political moves, such as causing dissent between two other factions, offering a gift to another or potentially even starting an alliance. There are other options like giving gifts to your officers to boost their loyalty, even sending out an officer to hire another.

Other options and orders you can give include the placing of officers in charge of certain villages, having them build up either the commerce, agriculture or military of a region. Officers can also propose certain actions to take, these are often the most valuable, including the quick spending of gold to reinforce a unit in the field or build up the defences of a city or gate. These gates being areas like a village or town, but simply a large gate spanning the gap of a narrow pass.

While these options are fewer than in the previous versions, they are still extensive in what they do and the tactical options made available to you. I think it's just a shame that most aren't instantly selectable, particularly those that are offered by your officers in the planning mode. Still, you never fail to have multiple paths in how you can tackle your next objective. The simple fact is, though, that the objective is always to conquer china. How you go about it is up to you. 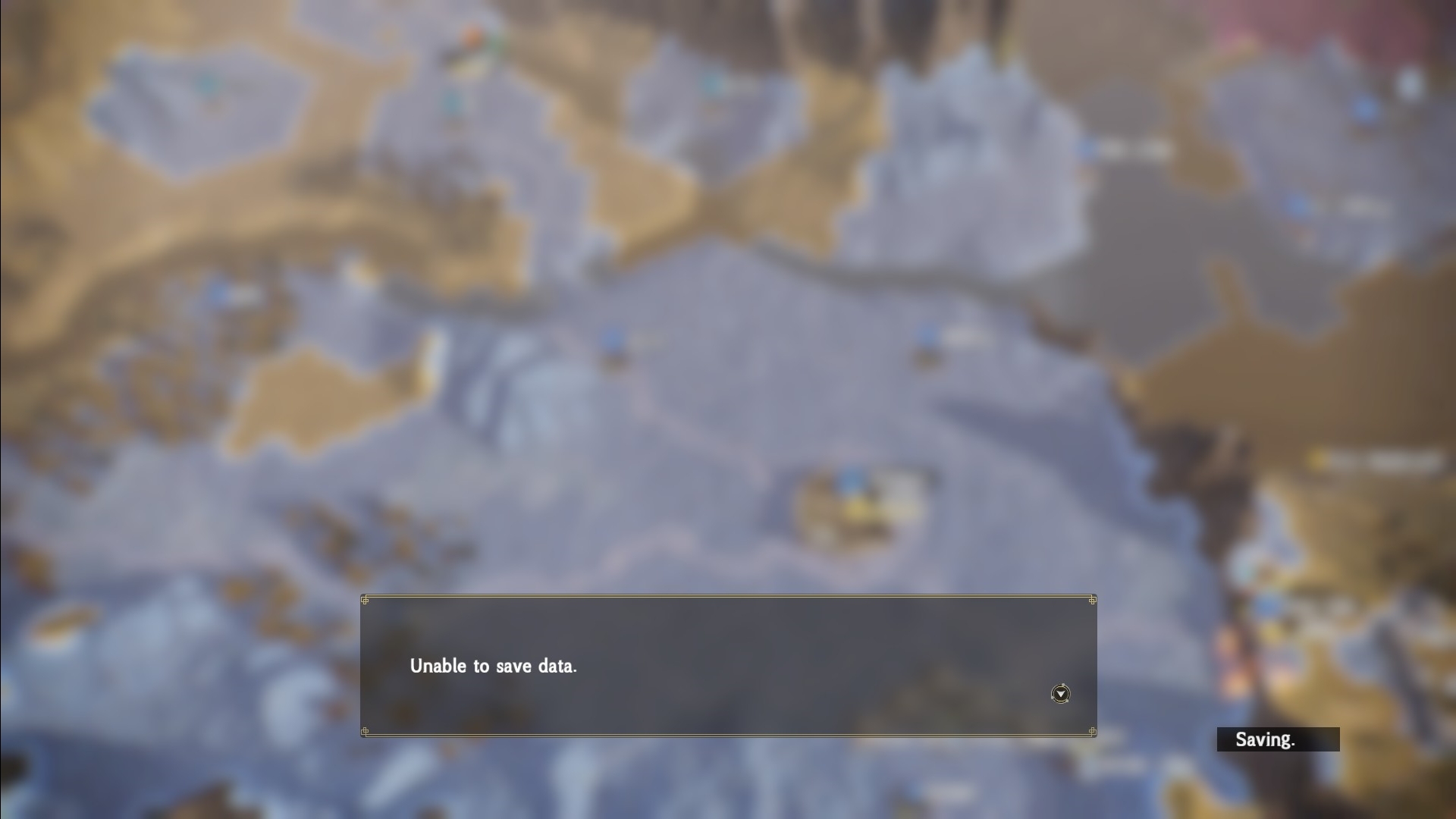 Want to know the worst problem I have with Romance of the Three Kingdoms XIV though? It's too buggy and shoddily optimised. From the opening intro, which seems to run worse than a bloody zoetrope, to downright absurd issues where for some unknown reason, the game decides it won't save. It's my fault for carrying on after first seeing the warning signs, but the game's decision that I've played too long and it wasn't going to save has cost me hours of gameplay.

That's what makes it all the more annoying, that those hours were ones that I lost. I don't know where they went. I looked at my phone and it was 10:30pm. Roll on 3am and I'm wondering what I'm going to do. Do I just turn the game off and hope one of the autosaves was nearby? I did do that, the autosave was just after 1am. This is a game that made me forget to sleep, so it certainly has something going for it.

So, Chris, do you like Romance of the Three Kingdoms XIV? Yes, Chris, I do - thanks for asking. It's a return to form for the series and while it's far from perfect, it's also riddled with too many issues, particularly due to poor optimisation and also has too many limitations (for god's sake please start supporting ultrawide monitors). If you like grand strategy games and like the Three Kingdoms period, and series, then this is a game worth buying. It will be even better (think at least +1 point) when the issues are patched out.

Romance of the Three Kingdoms XIV represents a marked improvement on recent outings from the franchise, offering great strategic gameplay and strong characterisation. All of this is done with a strong focus on ease of access, made easier by a clean UI that allows people to pick it up easy. There are downsides, however. With adequate at best, though often poor AI and a collection of bugs, some that are game-breaking, there is still room for improvement and a dire need for patches to fix the bugs and optimisation issues.