Romance of the Three Kingdoms XIII Review – Into The West

Romance of the Three Kingdoms XIII

Games like this put me in a bit of an awkward position. I've consumed so much about the Three Kingdoms period of history that it's almost silly. I've played almost every game in Three Kingdoms series. As well as those, there are countless alternate games based on the era (Dynasty Warriors and Kessen as examples). I've read the translated, unabridged, novel. I've even watched the 1990's Chinese TV series, as well as other films, shows and animé.

Needless to say, I'm a huge fan of the franchise. I know possibly too much about the period of history it takes place in. As a result of this, I've naturally come into this game wanting to like it, more so than I normally would. What comes as a big surprise, now, is that I'm left feeling deflated. 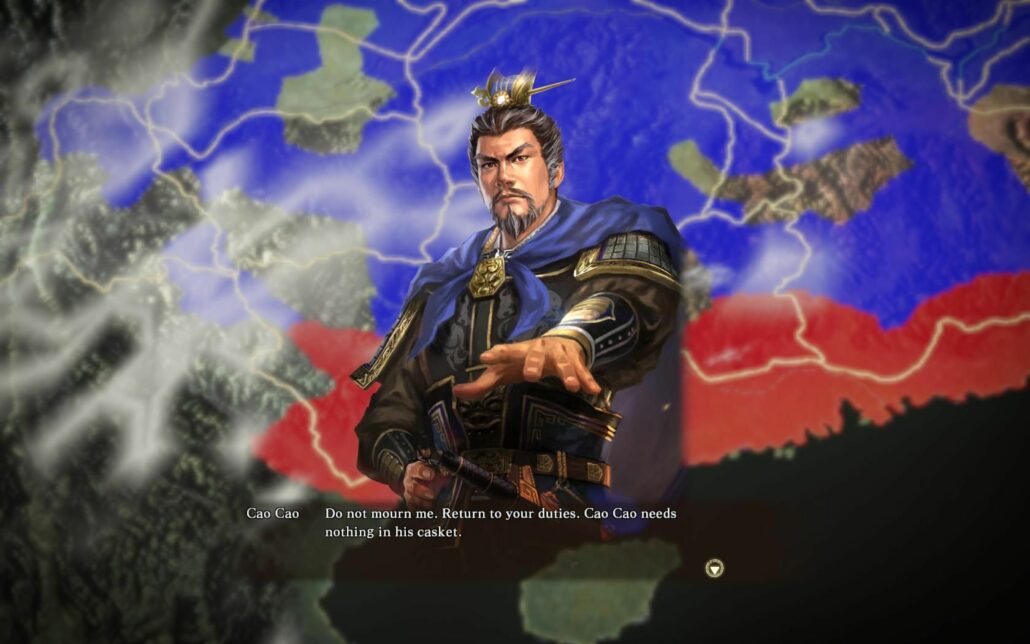 This isn't to say that RotK XIII is bad. I've found myself engrossed in the game, so this is still certainly gripping and fun. The problem is that where Nobunaga's Ambition has made excellent strides forward, Three Kingdoms has stagnated. It has even moved back in areas. The reason for this is a lack of focus. Previous Three Kingdoms games always featured a focus on either role playing or strategy. RotK VIII, for example, was primarily one of role playing and the detailed aspects of character development. The actions you could take to build relationships and develop the world were huge. XI, on the other hand, was one where strategy played the key part. Giving you increased options in war, the movement and actions of your units and development of traps, camps and more. Each system had their clear benefits and negatives, but still made for great games.

Where Romance of the Three Kingdoms XIII has failed is from Koei attempting to give this release both aspects. Reintroduced from RotK X are the RPG mechanics. Instead of controlling the force as a whole, you control just a single character. Your rank then determines the influence you have over other characters' actions, a higher rank letting you set tasks. I prefer to work my way up from the bottom, following orders and gaining ranks through being the dutiful officer. Eventually either becoming the leaders right-hand man, or leaving and creating your very own force.

All of this has made a return, albeit simplistic in some aspects. As in previous versions, one major goal you should have is to build up personal friendships and alliances. This is done through helping a character, throwing a banquet or simply giving gifts. Buying items to give to a character is simple. Use your personal funds, gained through quests, or from your wage if part of a force, to buy items. Find the officer you want to speak to and just give them the gifts. Sadly the useful items, offering stat boosts, abilities and more, have disappeared for generic treasure, alcohol, armor or tomes. 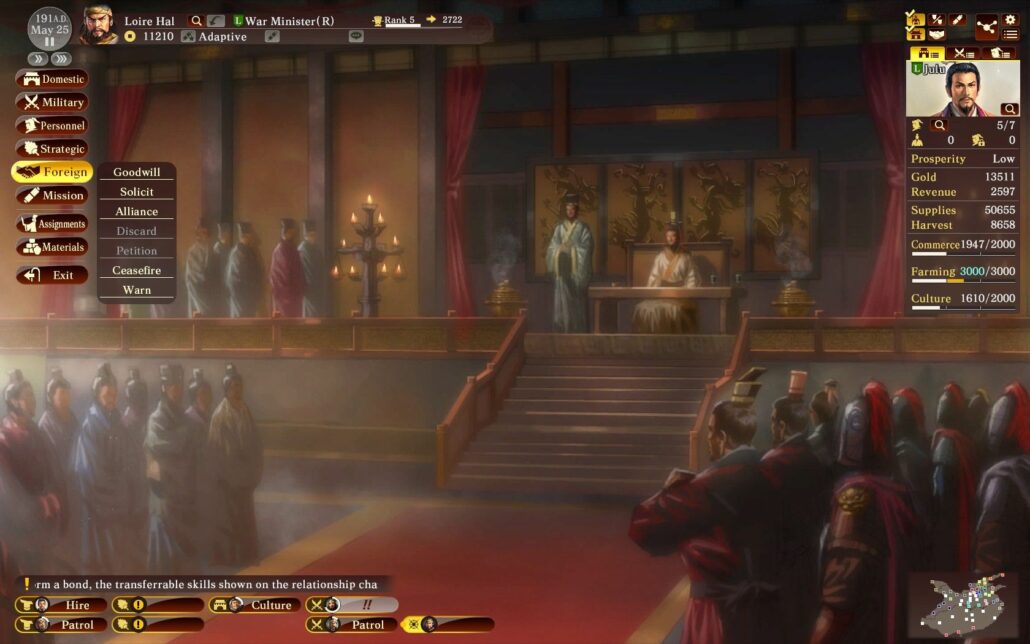 Even just helping to develop a city develop has been reduced to an afterthought. Each city has three measures of growth, which are Commerce, Farming and Culture. Further factors such as fealty, which increases the number of available troops, as well as the training level of the three unit types are also trained from city to city. The issue is that unless you are part of a force, and a specific task is given for you to develop something in particular, this is all locked away.

It's possibly unfair to keep comparing this to a previous game that focused primarily on the role playing aspects. What is on offer here still gives you an extensive amount to do, particularly so with the inclusion of more detailed duel and debate minigames. These both offer a twist on the rock-paper-scissors method, while also challenging you to manage energy to allow for the better attacks to be used. Adding in the fact that there's a move limit, rather than it being first to beat the other down, makes it more tactical than ever before.

There's no shortage of options once you've joined a force and worked your way into a position of command, particularly as that of a faction leader or high-ranking minister. Ranging from diplomacy to development, even something as simple as moving gold and supplies around, you'll be giving the commands and watching your cities grow. This is more so the case when they reach a certain point of development and you choose from two of four areas of technology to specialize in. It all leads up to the deciding aspect of the era. War. 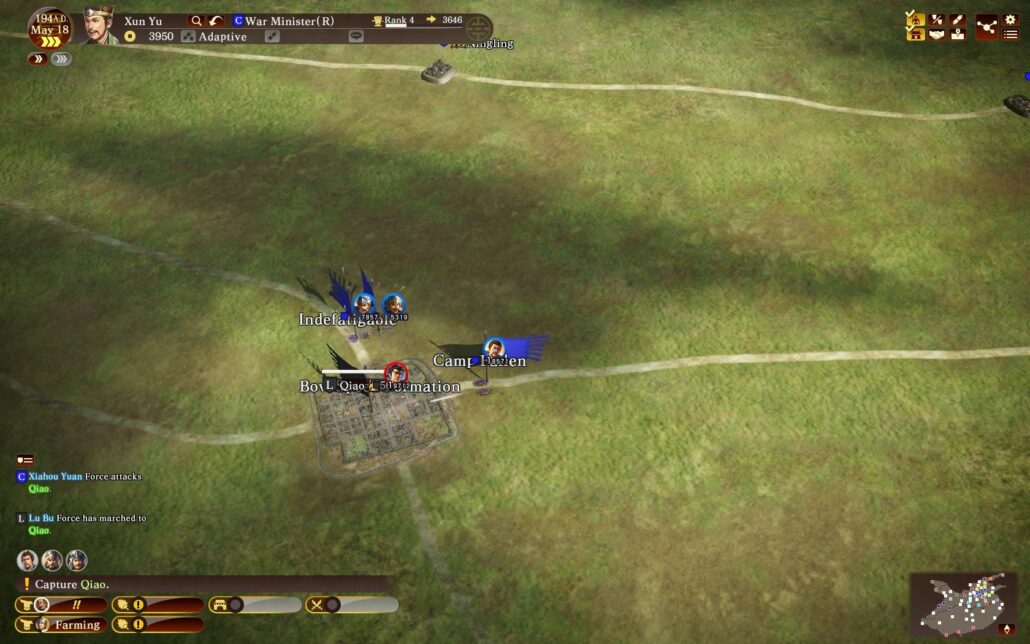 Chances are, this is where most people are going to be let down by Romance of the Three Kingdoms XIII. Although the use of city walls and defenses isn't new to the series, it is something that is woefully underused. Bringing actual city sieges into the game seemed like it could be a recipe for something great. Sadly, this isn't the case. The combat system is possibly the shallowest it's ever been, and I can only attribute it to the real-time system that has been brought in.

Marching towards a battle all takes place on the world map, which follows strictly linear paths. A little tactical maneuvering can be done here, attacking with a small force from one direction to draw the enemy away. It works every time because the AI is terrible. Even on harder difficulties, I've managed to draw away over 100,000 enemy troops with about 20,000 of my own. This is just so an even larger force gets free rein elsewhere. For some reason the AI feels it makes sense to empty nearly every city to defend one area, leaving others undefended.

Once your troops meet with the enemy you have the option of taking control of the battle itself, providing your character is there. This is when the fight moves to the battlefield. This takes place in real-time with the option of pausing, though there's very little chance you'll need to. Each battlefield has a number of bases on it. The objective is simple, either defeat all of the enemy units or capture the main base. In the case of laying siege to a city, there are walls that you can also use for defense, or have to get through when attacking.

There's very little variety to be found in the fighting, which is a shame. There are a wide variety of unit names, though they all boil down to either Spears, Bows or Horses, just with more attack, defense or a special ability. On the battlefield, provided you equipped the unit with the item when deploying, you can place down either a battering ram, catapult, siege ladders or siege tower. The only other variation comes with special abilities, ranging from direct attacks, to buffs and debuffs that raise or lower attack, defense and morale. It's distinctly missing the ability to place traps, set ambushes and build other war tools found in previous Three Kingdoms games. 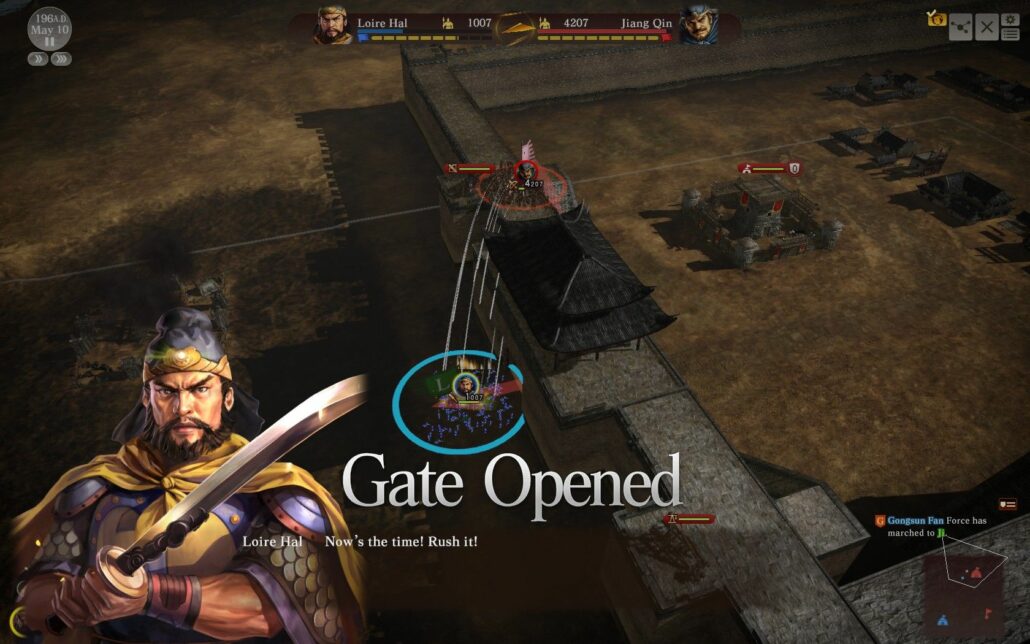 What doesn't help is that the game is, frankly, ugly. The character art is second to none, as it always has been. The menu when you're inside the tavern or ministry, where you set tasks, look lovely. The problem comes with the world map and the cities. Frankly, everything that isn't drawn. It's just lifeless, washed out and bland, with little difference from one area to the next. Considering how much you're going to be looking at the world map, and the cities, you would think that some effort would have gone into giving them some variety.

I can't help but realize that this review will sound negative and that's partly my fault for coming into the game with higher expectations. I've played Romance of the Three Kingdoms IX almost religiously. I've been playing it recently, as well as VIII on the PS2. That XIII wants to be the best of both of these, but just falls short, isn't a bad thing.

Romance of the Three Kingdoms XIII is a decent game and there's a lot to do. I know that people will get a lot of hours out of it, myself included. Yes, it leaves a lot to want visually, but the emergent storytelling that will come with the role playing, building allegiances and friendships, to the twists of war will leave you with a lot of stories to tell.

Romance of the Three Kingdoms XIII is a decent game that simply tries too much. Mixing role playing and strategy aspects, though never the best at either, there's a lot to do. The other major issue is simply how ugly it looks outside of the drawn art.