We have all had that moment in our lives. You're in a class, talking with a group of people, you're in over your head. Coming into Nobunaga's Ambition: Sphere of Influence feels exactly like this. Anybody who is familiar with Koei's Romance of the Three Kingdoms or Nobunaga's Ambition's series will be aware of the depth to be found in the games. Sphere of Influence will feel like the deep end of a whole new pool.

Numbers appear everywhere, every menu you select brings new ones for you to absorb. Words join these numbers to further increase the assault on the brain. There will be familiar terms and concepts to some, newcomers will be feeling overwhelmed by just how much there is to take in and the charming tutorial stage barely touches on the complexity of what is on offer, despite it taking a reasonable chunk of time. All this is enough to make one assume the game is actively working against you, even more so than the AI opponents you find yourself pitted against.

Set during the Sengoku Jidai era of Japan, the game is named after the first warlord to push for the unification of the country, Oda Nobunaga, as such the majority of the stages you can start a campaign in follows the growth of the Oda clan. The few remaining campaigns follow the direct successors, Hideyoshi Toyotomi and the eventual unifier of Japan, Ieyasu Tokugawa.

One of the densest strategy games ever

Like the Nobunaga's Ambition or Three Kingdoms titles before it, Sphere of Influence is rarely a game you can simply drop in and out of. From start to finish, a long-term strategy is required and the results of your choices are rarely seen within a short period of time. The starting point is always the growth of your territory, developing the districts to provide more food to stimulate growth, which increases manpower, and goods to increase the profit you get each month. This profit needs to then be used in further developing the districts as well as the roads that link your territory and recruiting conscripts that will be needed in all military matters.

Beyond developing your own territory is the need for diplomacy, this can be the trust you have with native tribes to bring them to your side, the relationship you have with other daimyo to create alliances and even the Shogunate. This need for a relationship also expands to your own officers, each having their own loyalty levels. Keeping your officers happy is essential for two main reasons, they are the leaders of your army and no tasks can be completed without an officer being placed in charge. As such, it's always a good idea to seek out unhappy generals from opposition clans and bring them over to yourself.

Choosing the best task for the situation is never as simple as one may think, with so much to choose from but only a limited pool of manpower on offer, it is always a waiting game which leaves you with a queue of tasks you want performing. Choosing the right officer to perform the task is always the most important thing to think about as each officer have varied abilities making each more adept at performing different tasks. For example, an officer with a high intelligence level is more able to raise the discontent of an enemy officer and lure him over than one with low intelligence.

This limitation of what you can perform is well suited because unlike many games, every little thing you can do, as pointless as they may seem, can be the tipping point in a future conflict. It may seem that getting the local tribes to trust you, and keeping them around instead of assimilating them into your own territory, seems pointless at the time because you are foregoing a big boost in manpower. However, this tribe may be one that sends a unit of cavalry as reinforcements which tips a large battle, or they could offer a bonus that reduces building time.

This balance of small actions having long-term effects is quite possibly both the strongest and weakest aspect of Nobunaga's Ambition. It allows ardent strategy fans to absorb themselves into the minutiae, it gives a true feeling of control from the ground up. This control, however, is overwhelming at times and can completely drown out the story that you are playing through, provided you've chosen to play through a historical scenario and follow it through. Every turn is a new month, every new month brings a new time to click-through every city and every officer, looking for weaknesses and your next move. I would also argue against the need to upgrade every single stretch of road as a separate entity and not by state or region, adding detail where it could be streamlined to a reasonable extent.

Thankfully the control can be delegated to a reasonable extent. You have the option of creating regions and placing a trusted officer in charge of the region, setting general overall goals for them to achieve and giving them as much, or as little control as you are willing. This sadly does still leave the need to look out for unhappy officers and give them gifts, or promotions, to keep them happy, but it is a huge amount of needless work that is taken away from you. Something made essential as your territory expands and, as your leader and his home city moves further away, his grip on power lessens.

It also leaves you open for the more exciting part of Nobunaga's Ambition, Warfare. Here is where long-term strategies on all fronts, development, diplomacy and personal, all culminate to leave you in a perfect position to pounce and take more territory. Opportunity is always key with battles against foes of a similar size, using diplomacy to have an ally attack on a second front, trust with natives to increase your military or resources and weakening them beforehand by luring away their officers.

This opportunity can feel fleeting, a seemingly successful campaign can suddenly turn around as you have cashed in all of your trust with your allies. Your enemies, alone just a few months ago, now have allies who are supporting and aiming to flank your units. An attack in the north has ground to a halt as some units are running low on supplies and another group has just been defeated. Very little can beat the joy of watching a plan come to fruition, even if it encounters complications along the way. This is where Nobunaga's Ambition flourishes.

Throughout the game, players are treated to both lovely visuals and audio. The music fits perfectly, changing to fit the situation, leaving you with a slow, calm tune when managing your cities and upping the tempo during wartime. The ambient sounds all blend in, never standing out in a negative sense and help to absorb you into the bright presentation of Japan. The bright colors on show offer a lovely contrast to the regular drab and dull nature of modern gaming and blend well with the brilliant artwork featured in the story vignettes. It all offers a book like quality when the story is played through in text, and only text, beside the portraits.

It's impossible to recommend Nobunaga's Ambition to anybody looking for a quick game. It's hard to even promote it to your strategy fans who stick with the shorter term games like Starcraft and Company of Heroes. This is for those happy to look at the long term, satisfied with following a long arc from being the leader of a small faction to being the ruler of the known world.

I do have to make one criticism against Koei Tecmo, which can be brought against all of their PC releases. The price of the game is £50 ($77) or $60 which is huge for a PC release of this nature, and utterly unfair against UK and EU consumers. In addition to this there are added DLC scenarios, each selling at £2/$3 each which are pricey for what they offer. Discounting my qualms about the price, Nobunaga's Ambition is back and bigger than ever, it has flaws but there's no doubt that this is a charming and intriguing entry to the strategy genre and one worth looking at. 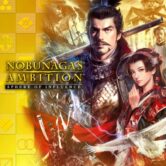 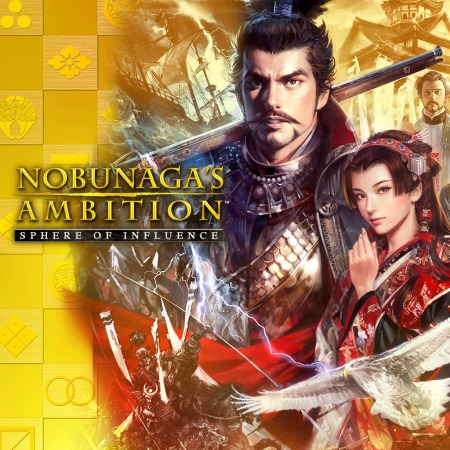