It’s been a while since the Rogue Trooper series last graced consoles, and it’s been even longer since the franchise first debuted as a comic strip here in the UK, so it goes without saying that this is a franchise with a long history. Unfortunately, a long history doesn’t necessarily mean a large fanbase. Of course, 2000 AD (the comic in which Rogue Trooper debuted) has it’s fond fans here and abroad, but long periods of inactivity has stifled any fanbase growth it could’ve achieved.

Still though, with all that in mind, Rogue Trooper was the unlikely target of a full-scale remake by Rebellion - they had enough faith in their classic game and the franchise to bring it back in 2017. So then, that leaves us with two questions; does Rogue Trooper Redux successfully bring an old game and an older franchise into the modern era, and does the franchise have a chance of gaining new fans decades away from its inception? 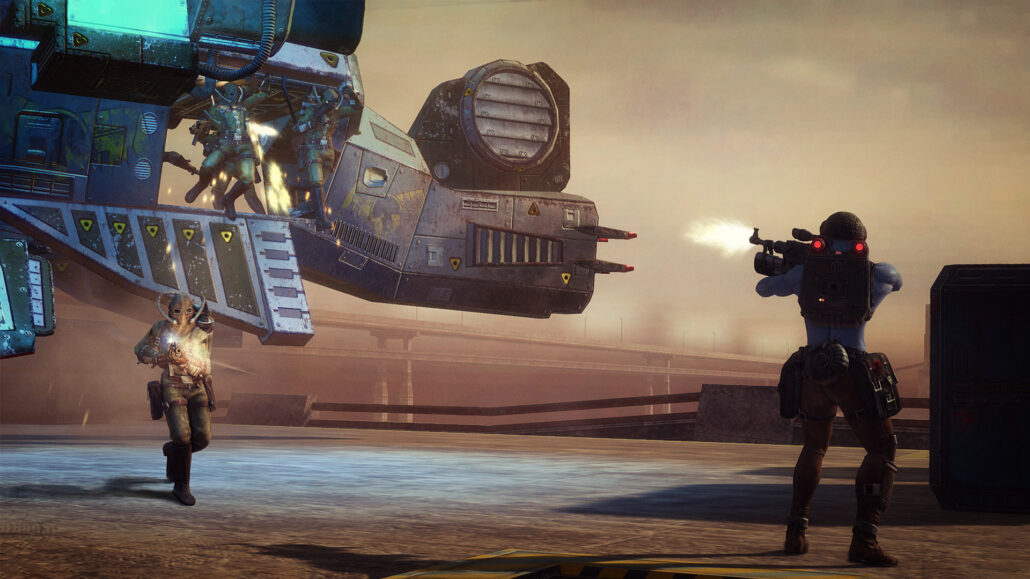 Well, when playing Rogue Trooper Redux, things go better than you might expect. A full 1080p60 presentation certainly helps matters of course, but more importantly; it controls well. Going back in time five years will present you with some aged controls and mechanics, but leaping back two console generations is another thing entirely. Despite this, Rogue Trooper Redux, with minimal adjustments, controls perfectly well in the modern day.

That’s not to say there are no teething problems, mind you. Clicking in the left stick to sprint is instead met with a crouch - there is no sprinting in this game, just as in the original. Mind, stages are designed with that in mind, so traversing without it never really feels annoying, it just sticks out at first. 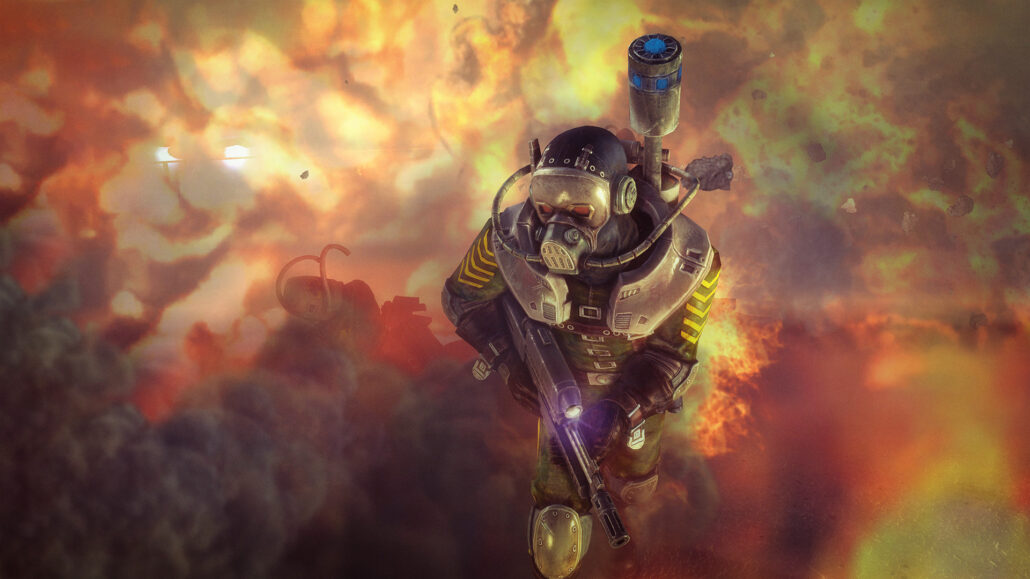 There are additions, however, such as a new snap-to-cover mechanic when you walk into it, which was absent from the original, and of course the massive graphical overhaul. Geometry and stage layouts remain mostly the same, but textures are completely new, much sharper and made for modern systems. Character models and objects in the world are all updated, as is lighting, and it all helps bring Rogue Trooper Redux into 2017.

It looks good and plays well, but that doesn’t mean you can’t tell it’s an old game. The fact is, on sight, Rogue Trooper Redux looks aged. While the overall presentation is, yes, really nice and wonderfully updated, the way missions play out and the level designs are all indicative of older console generations. Stages are linear, you run from firefight to setpiece, and vice versa, with little alteration. There are moments to flex some options, such as some stealth mechanics, silencers, sniper rifles, etcetera, but for the most part, your actions will feel familiar throughout. 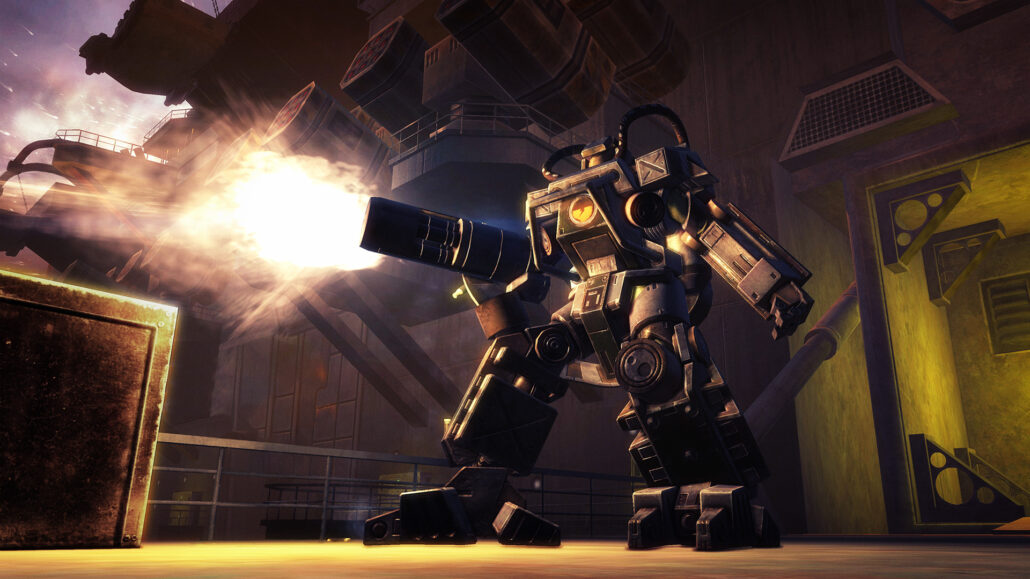 Rogue Trooper still has some great moments though, even by today’s standards. Playing as Rogue, the last Genetic Infantry soldier, you make your way through warzones, enemy complexes and even the Nort’s headquarters. Despite being the last of his kind, Rogue isn’t alone; he’s accompanied by the personalities of three other GI soldiers through Biopins which can be plugged into Rogue’s equipment, so while Rogue fights against the Nort forces, he has the chatter of Helm, Gunnar and Bagman to keep him company. No prizes for guessing which piece of equipment he inserts each of his pals into…

Rogue Trooper Redux doesn’t have any extra content, sorry to say for older fans of the series, however it does bring the table an experience you can’t get anywhere else, in the form of a rejuvenated online mode. The servers for Rogue Trooper have long since closed, but Rogue Trooper Redux gives players the opportunity to try some truly unique game types which are otherwise unplayable in the modern age. These online modes are a nice distraction, but I’m not sure it’ll attract a dedicated player base. 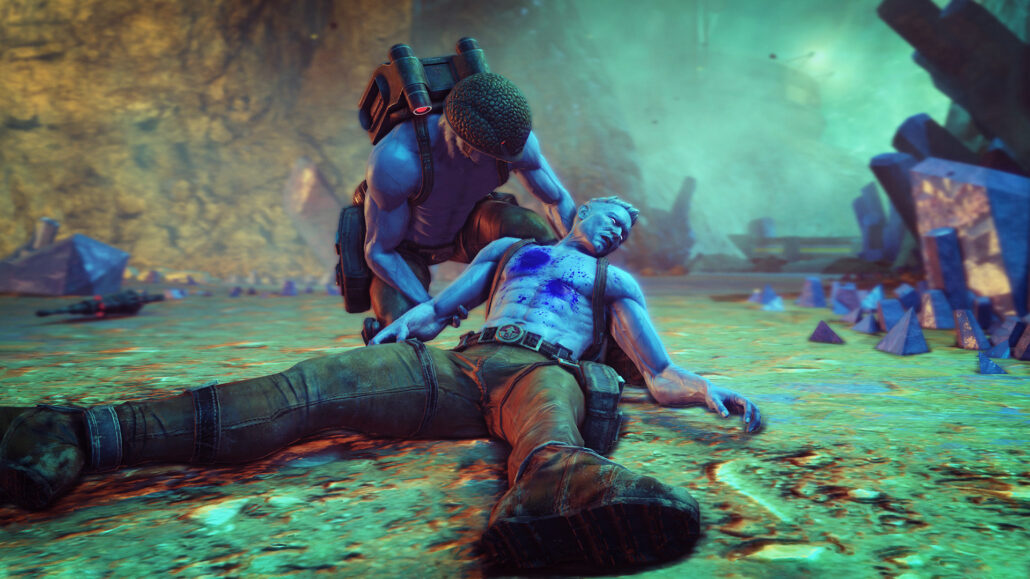 At the beginning of this review I posed two questions, and to answer the first, Rogue Trooper Redux has successfully brought the game into the modern era. The game plays well, much better than the original does today, and the graphics do a great job of helping you forget that this is a game that hasn’t aged majestically, even if the level layouts will remind you again shortly after.

As for the other question, I’m not sure Rogue Trooper can earn many new fans in 2017. Rogue Trooper Redux is a game that shows it’s age, there’s no doubt about it, even in spite of the improvements and refinements the dev team have made. Having said that, Rogue Trooper is still a wonderfully camp space opera, and players aware of its roots and willing to put up with some aged mechanics will no doubt enjoy a classic campaign.

Reviewed on PlayStation 4 (code provided by the publisher). You can buy the game on Amazon.

Rogue Trooper Redux won’t be for everyone, but old fans wishing to revisit a favorite and new players interested in the tale of a classic franchise will still have fun here. Some aged mechanics and a handful of minor bugs in animations and camera control can hamper the experience, but for the most part, Rogue Trooper Redux is a fascinating game to revisit.