Many games have come and gone in the twenty years since Resident Evil first came screaming into public consciousness. Indeed, scary games have become a multi-million dollar industry, with YouTubers forcing screams from the mildest of jump scares. There’s an argument to be made that we’ve all become a bit desensitized to being scared by games, and it wasn’t until Konami’s P.T. demo was released that genuine wild-eyed, white fisted fear came back. Resident Evil 7 is somewhat of a reboot for the franchise, but on a wider note, maybe the entire genre, too.

Set a year after Resident Evil 6, this is a more modern game, switching to first-person, but throwing all the way back to that very original game for the tension. The tale is simple, and slightly predictable, as protagonist Ethan has been sent a message from his missing wife, Mia, and her last known location takes him right into the Baker household; a creepy, dilapidated mini-mansion that is the star of the show, along with the Baker family themselves.

Cleverly, the house plays host to memories for both the player and the residents. There are puzzles that pay very direct homage to Resident Evil’s first outing, and there are moments (that we won’t spoil, obviously) that, were it not for the knowledge of the where it fits in the timeline, we’d swear hinted that it was actually a partial remake of that first game.

After a harrowing opening hour, Resident Evil 7 settles into a groove that is part exploration, part sweaty palm inducing panic. The Baker family are unhinged, and something is clearly not right here, and as Jack (the father) stalks the corridors to find you, the tension is ramped up to almost unbearable degrees. Jack isn’t Nemesis, and you won’t be annoyed at any point, only scared. Ethan can hold his own when needed, but he never feels like a marksman. It’s hard to tell if the wobbly aim is our nerves or an indication of his lack of training, but putting Jack down is rarely the answer unless you simply have to stop him for a few moments peace.

The fact that the Baker family's faces are based on real actors is a real positive, and the horror of the faces contorting with hatred and rage at your presence is entirely believable and helps to create the panic and distress that is so incredibly well forced upon you while exploring a home hiding all sorts of secrets. This is a house that is affected by the moonlight outside, as shadows break across your path, merely caused by light cast through broken windows and cracked wooden doors, showing up dust particles floating through the atmosphere and creating an environment that rarely, if ever, feels safe, all the while looking stunning.

But there are peaceful havens in the form of traditional safe rooms, which are accompanied by soothing music, the trademark tape recorder which thankfully doesn't require ink ribbons, and an item box that is shared across all other item boxes, allowing for inventory management. There are rucksacks that will expand your available slots, and you’ll need them because whether you’re combining herbs for first aid, making ammo with gunpowder and chemicals, or creating stimulants that reveal all hidden items for a short amount of time, you’ll need the space to do it in.

If you’ve played the demo, you’ll know that VHS tapes play a part in the game. Ethan can find these tapes and play them to find out more backstory - the twist is that you play these tapes yourself. Some of them serve as ways to solve later puzzles (one of them is incredible, and feels like playing a game based on the Saw franchise), while others just serve as a method of telling you how things got so bad. While they are never overly taxing, these puzzles are yet another throwback to the series’ heyday, and they feel fresh and new again.

So much of Resident Evil 7 feels like a throwback to that genuine fear and tension fans of the series will remember, and as the story is discovered through short scenes and files you find along the way, the location itself takes center stage. In fact, if this were a game that finished around the six-hour mark, it’s possible we’d be calling it a masterpiece.

The trouble, then, is that after a certain point, the tension evaporates. There are people that would bay for blood if a full priced game was six hours long with no additional modes, but unfortunately, as the final third enters full swing, there are no tricks left to see, and the terror dissipates almost entirely. It’s not helped that, eventually, Ethan’s rucksack is that of a full blown armoury, and you’re almost overpowered as you approach the endgame. You have to feel for Capcom, really, between a rock and a hard place, it’s gone for a longer game (around ten hours) at the cost of what makes the first half so damn good. Eventually the hideous, oozing “Molded” enemies (of which there aren’t enough variants) become cannon fodder, and where they once invoked anxiety, they end up a distraction from the adventure, a mere reason to justify your weaponry.

There’s most certainly an argument to be made that the feeling of power comes from Ethan’s feeling that he’s had enough, and wants to overcome adversity. Indeed, some of the player agency in the early sections is sublime. As we scraped through a section between walls only to see creepy crawlies dripped from the ceiling, we muttered an obscenity about how it was disgusting, only for Ethan to (seconds later) say near enough the same thing. Unfortunately, though, regardless of potential reasoning, the fact remains: by the latter third, we weren’t scared anymore, and perhaps more egregiously, Resident Evil 7 becomes more of a shooter and less of an adventure. 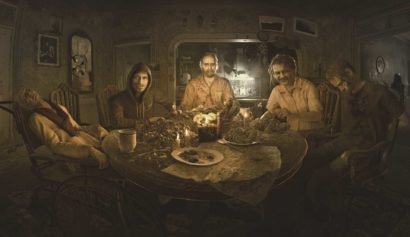 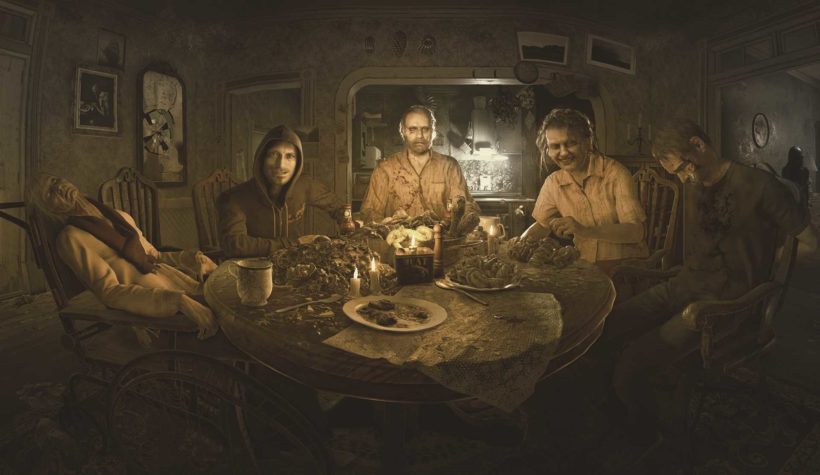 Resident Evil 7: Biohazard is a true return to form, and one of the scariest games in years. It’s only let down by the fact it loses its fear factor by slightly outstaying its welcome.