Gaming on wireless peripherals has always been something I'm not very comfortable with. Even the claims of non existent latency haven't really been enough to get me to give it a go. I'm not sure why, just something I've never been keen on. I guess it comes with long since past experiences where things just didn't work so well and I've stuck to wired. Enter the Razer Mamba Wireless.

I've been using a Logitech G520 for so long now I'm not sure I could even get used to a new mouse at this point. But can Razer change my mind. I haven't used a Razer mouse since my Copperhead died and I replaced it with the G502. But the wire is heavy and braided and gets snagged on EVERYTHING, no worries, I use a mouse bungie so it's literally never a problem.

But, with the Mamba wireless featuring long battery life and Razer's 5G Advance Optical Sensor..maybe it's not so bad.

The build of the mouse is surprisingly light for a wireless device, coming in at 106g which is 30g lighter than my near empty G502 I guess the built in battery makes it much easier to control the weight, and since I prefer a lighter mouse I'm pleased to see this. The glide pads on the bottom are spaced nicely and have pads surrounding the 16,000DPI optical sensor to ensure it's distance from whatever surface you're using.

Size is a bit more bulky than the G502, but is comfortable enough for long use even for smaller hands like mind. I found lifting the Mamba during use to be effortless thanks to the rubber side grips on both side and the top to feel rather smooth but resistant to scratching as I took it on the trip to New York and used it the entire time while tossing it in my camera bag, I was a bit worried it was going to get scuffed, but nope it came out just fine.

I managed to make the entire trip and back without the charging cable, since it does have to be charged, thanks to the long battery life. Razer claims 50+ hours of battery and I'm willing to say that's about right since it's lasting as long as it is, but if it get's low while gaming you can easily pull the charging cable in and connect it and keep rolling since it goes in flush and acts like a normal wired mouse. A useful feature for LAN party goers since wireless is taboo in those situations. This newest version does have a remote mount for the wireless receiver but does not feature the charging stand and receiver combo, while that solution may be more flashy and premium looking, it's not a functional in my opinion.

The mechanical switches in the right and left click are solid and never felt like I missed a click or rolled off the button in any weird way, so that's a plus.

The on board storage meant that I was able to set the mouse up on my laptop using the Synapse software, which I have to add I'm still not a big fan of but it does work, and move the mouse to my main system and it retained the feel and color settings that I had given it, well for that profile at least.

Oh yeah, it has RGB, but thankfully it's limited to the Razer Logo and Scroll Wheel, both can be set independently or in sync with one another. I personally prefer this flare over the FULL BODY RGB that can be a bit distracting.

What about gaming you ask? Game on, I found no issues in any of the games I played with this mouse being wireless, even Unreal and Quake Champions felt no different than if I was using my G502.

So at the end of it all, I guess I'm saying that I'm retiring the G502 after all this time and going for the long haul with the Mamba Wireless. But at $99 it's up against some stiff competition in both wired and wireless worlds. 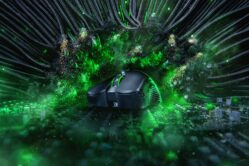 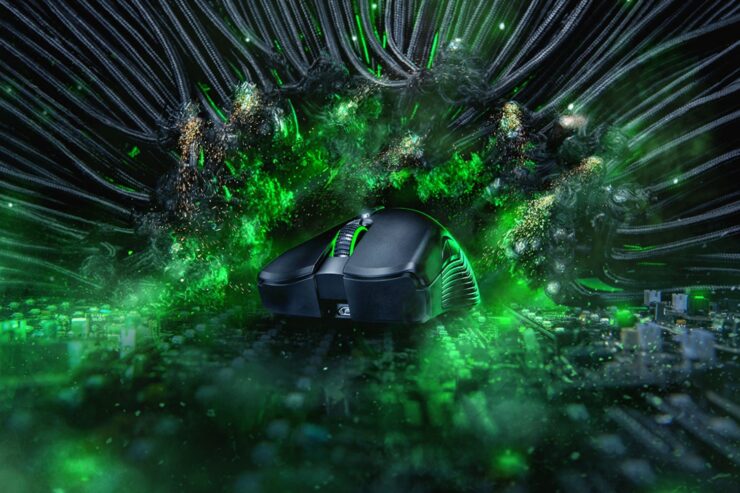 A great wireless mouse with no fuss design, made to game but comes at a bit of a price