I have to start this review with a confession, I didn’t play the first Qube. I had seen some screenshots of the game, and despite my usual enjoyment of puzzle games, something about Qube just didn’t speak to me. But, if it's anything like the sequel, I missed a marvelous, inventive puzzle game.

Regardless of my past mistakes, my time with Qube 2 was a thoughtful, satisfying revelation. The first thing I was struck by was the story. I genuinely didn’t think the game would have any kind of narrative structure. And while it could perhaps have a use, a little more exposition, the story feels nicely inspired by the mildly surreal, ambiguous sci-fi of Philip K. Dick, though with a couple of clichés. The central character waking up in a strange world with amnesia is a little overplayed, for instance. Its inclusion was a nice surprise for me, and even if you know it's coming, it does have some really fascinating moments and heartfelt acting

But not all games can have the subversively hilarious story as Portal and typically players don’t choose puzzle games for the narrative anyway. When you first start the game and the central mechanics are laid bare before you, it may feel like Qube 2 won’t present much of a challenge. The world looks like Portal rendered in Minecraft, seemingly made of slightly irregular sterile cubes. You quickly get control of the three ways to solve puzzles, but only in very prescribed ways. You create a single new cube, a long static pole, or a bounce pad. 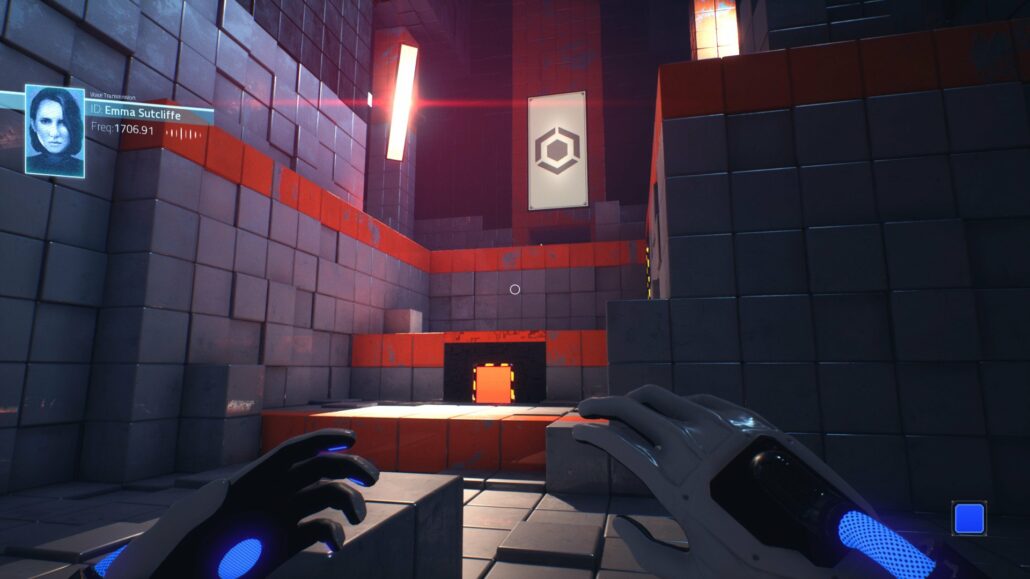 The first half an hour essentially boils down to getting these basic fundamentals and I honestly felt like the game couldn't possibly offer anything new after another hour or so. But then Qube 2 opens up to these unbelievably elegant puzzles with incredibly satisfying solutions. The first third of this game does not do itself justice, but at least eases the player into the game's logic. Most of the puzzles are about overcoming physical, tactile spaces and finding a way to either traverse them or move an object through them. The early simplicity of the mechanics quickly begins to show its nuance and variety and with a few added new possibilities, Qube 2 can surprise you with each new puzzle.

The beauty of the later puzzles is that they are incredibly well balanced, giving you just enough clues to let you experiment and succeed in endeavors that seem impossible when you first examine them. And that is a revelation for puzzle games, letting you overcome the impossible with nothing but a bit of forethought. Although the time spent between puzzles begins to loop, constantly telling you to activate the cores, the puzzles themselves continue to be fresh and intriguing up until the end of the game.

There is a moment about two-thirds of the way through Qube 2 when something shifted though. Some of the puzzles became too complex, too vague to see a solution or even see what you were meant to do. These puzzles, I’m not sure if I completed them in a prescribed way. I completed them all, but the solutions felt sloppy and fiddly. There were perhaps four or five puzzles that felt this way, but the final act of the game hosts some of the best puzzles throughout the adventure.

Unlike other puzzle games, you won’t need to be writing notes or making diagrams to complete any puzzles. With a bit of imagination and experimentation, the solutions are simple enough to recall in your head and on the screen. Where I think the Qube 2 made a few mistakes is that some puzzles also require an element of platforming or dexterity skill to complete. Personally, I prefer puzzles that don’t blend mental athletics with precision and hand to eye coordination. But again this is not every puzzle, and it never tasks the player with that much; still, it could become trickier for players not used to platforming games. 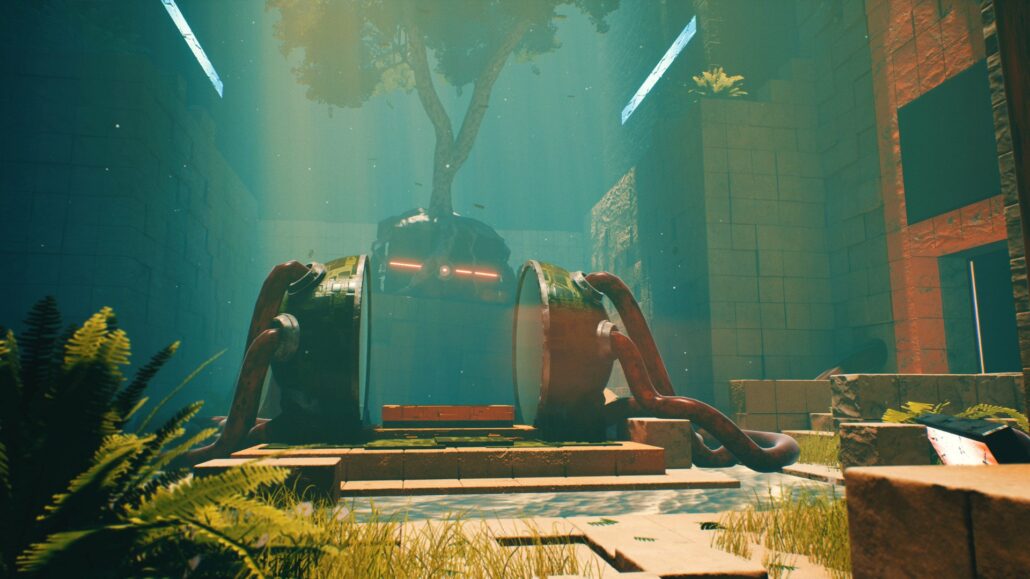 However much the developers tried, the story never quite fits with the puzzles, but the soundtrack matches the atmosphere well without intruding on your puzzle solving thoughts. The dialogue is all placed outside the puzzles so you’ll never have to divide your attention. Qube 2 is a game that focuses on puzzles but does deliver more than that. Its graphics are much better than they need to be for what the game is, which makes it interesting to look at, with blue skies and rolling dunes peeking into the cubic monument you explore.

The puzzles are the bread and butter of Qube 2, and while some fail to meet the high bar the game set for itself, they delight and challenge and satisfy a puzzle-solving mind. Whether you’re folding a wall back and forth to create new bridges and paths for yourself or using a makeshift crane to move cubes across an impossible chasm, Qube 2 is filled with new experiences using the same core mechanics.

Reviewed on PlayStation 4 (code provided by the publisher). You can purchase the game on PC via Green Man Gaming.

Qube 2 might seem like a mashup of Portal and Minecraft, but it has an elegance that most puzzles games struggle to attain, and even turns its hand to a sci-fi story as well.