Back in the late 90s, early millennium, Pokémon hype had reached a fever pitch. The Game Boy games were incredible, the anime seemed unstoppable – Pikachu owned this land and we were his tenants. But there has always been a key disconnect that many fans and non-fans wished would be addressed – the way Pokémon battled in the anime, with beautiful animated complexity, and the way they battled in the game, with simple 8-bit sprites, it simply didn’t look or feel like anime fans would hope. And it may have taken 20 years, but The Pokémon Company and Nintendo are finally addressing that with the help of the fighting pros over at Bandai Namco – and now we have Pokkén Tournament.

Pokkén Tournament is a fighting game through and through, with 16 playable ‘mon that can dish out intimidating and electrifying special attacks. The fights are played out in two Phases, a Field Phase and a Duel Phase. During the field phase controls feel more akin to a few anime fighters such as Naruto Ultimate Ninja Storm and J-Stars Victory VS, two other Bandai Namco offerings. Here the camera is third person and you can move your Pokémon freely around the field, to dodge attacks and move closer for some of your own. What’s key here is the ability to sidestep left and right, to move around your opponent and dodge nasty projectile attacks. 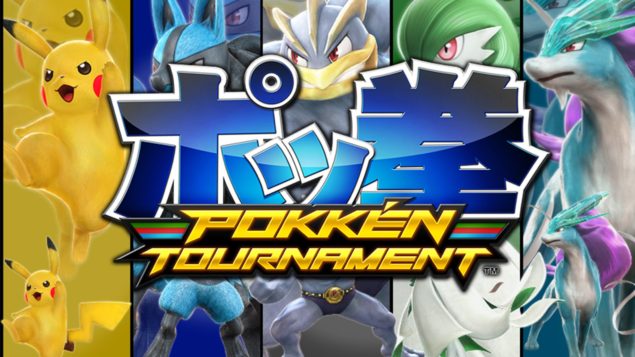 In Duel Phase everything looks a bit more like a traditional fighter. The camera moves to a side-on perspective, more like Street Fighter or Tekken, with your Pokémon able to move left or right, or charge down and up for different move variations. Here there’s more combo potential than in Field Phase, as there are plenty of moves that cancel into one another, and pinning an enemy Pokémon against the wall will open them up to a few free blows from you.

In terms of controls, your four face buttons act as a projectile, combo and basic attack buttons. All behave a bit differently depending on your Pokémon, which phase and how you’re charging them. You have a jump button, which opens you up to a small range or aerial moves too, which of course can avoid projectiles, but also opens you up to your opponent’s anti-air techniques…

Pokkén’s battle system boils down to a game of rock, paper, scissors, rock being your attacks, paper being your guard, and scissors representing Pokkén’s counters. Grabs are performed with B + Y, and thanks to the button placement will be familiar with anyone using grabs in games like Street Fighter. If your opponent is trying to attack while you grab, they’ll beat you out and you’ll take more damage, but if they’re trying to counter it’s quite the opposite. The opposite is of course true for counters, where taking damage will only strengthen your attack and being grabbed will end badly. The way counters and grabs work in Pokkén means they’re not something you use when your back is against the wall, you use them whenever you see an attack coming – and the counter will lash out at enemies even if you don’t actually get hit while charging, meaning it’s pretty safe to do unless your opponent grabs. 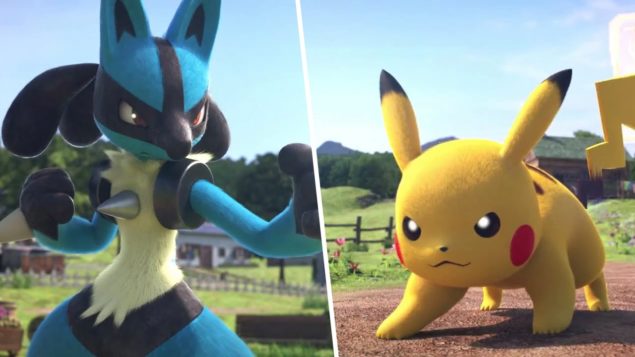 The metagame of Pokkén Tournament is one I can easily see becoming a mind game of rock, paper, scissors and guessing which move your opponent will perform next. Not so much about combos, but getting in a few quick attacks which can end up dealing a surprising amount of damage.

You also have Support Pokémon, which can be summoned into battle to either deal some light damage, impact the enemy’s stats or buff your own. There’s a surprisingly wide array of Support Pokémon, which I feel are probably there to make up for only having 16 fighters present, despite the number of possible Pokémon being in the hundreds.

But by far my favorite thing about Pokkén Tournament has to be Burst Attacks, visually stunning special moves that never disappoint. You build your burst gauge during battle, like many fighters, and then activate your Burst Mode. During this mode, hitting L+R together will activate your Burst Attack and, assuming they’ve not blocked it, you’ll enjoy this. Pikachu’s Burst Attack flicks his opponent into the air before landing a beautiful Thunder Punch, Mega Blaziken damages with a burning kick, Mega Gengar has what looks to be a devilish Dream Eater which deals massive damage – and of course, each playable Pokémon has their own move, all of them beautiful. 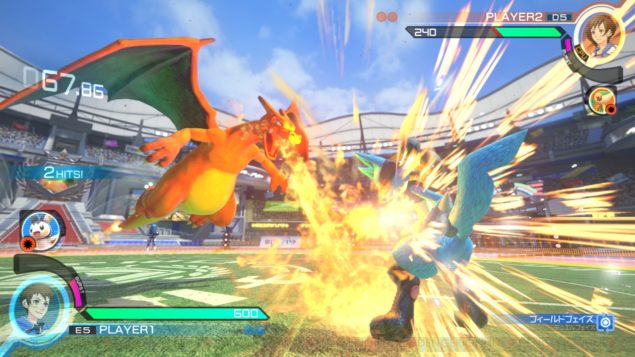 But despite Pokkén’s solid mechanics, I’m struggling to see it become a massive competitive success. That’s what Nintendo obviously wants to happen, with their support, taking the game to EVO 2016 and with fighting game legend Justin Wong coaching the Pokkén teams this year. Nintendo want this to be a big game, but unfortunately, I’m not sure it will be. Sure, everything is mechanically solid, but still feels a bit too random and opportunistic. Skill and understanding the game can still be overwhelmed by a button masher with a little bit of tuition. Long-term, I don’t see this standing shoulder-to-shoulder with Street Fighter  and Super Smash Bros., but for the here and now Pokkén is really, really good.

There’s a decent amount of single player content to take part it, completing which will at least take a few hours. Local battles, online battles and plenty of Player VS CPU options will also increase the amount of playtime for anyone wanting to play this beyond the single player offerings.

Pokkén Tournament is a fantastic game to put on when you have friends around, kids, or even family. Accessible, with enough complexity to entertain more established fighters. It’s not likely to be anyone’s replacement for Street Fighter or Super Smash Bros., but it’s well worth sinking hours into, alone or with friends.