It was only last year Dave Aubrey reviewed Offworld Trading Company. Contrary to my own opinion, he struggled to recommend it. Personally, I'm a fan of the game and I class it as one of the best strategy/simulation games of 2016.

As the name should give away, Jupiter's Forge takes you to the next planet along in our star system. To be more precise, the expansion takes you to the surface of Io, Jupiter's closest moon. Io is also the most geologically active and has the least known amount of water in the Solar System.

Finite resources are a prime feature of Jupiter's Forge. It's what makes the new expansion all the more interesting. Gone are resources like water, now impossible to find and have to be produced through a brand new building type. Other essential resources like oxygen and fuel are also made through brand new means, saying bye to the old Electrolysis Reactor.

Oxygen is now produced through the brand new Solar Condenser and can only be placed on an ice hex. Fuel is simple enough, made through the new Ion Collector building. Water, on the other hand, is considerably more difficult to obtain. The new water processor building requires both oxygen and fuel inputs to produce a relatively small amount of water output at base level.

There are other brand new features to build on, including a completely new power source and resource point. Io introduces uranium to the game and with uranium comes the ability to build nuclear reactors. Replacing wind turbines as one of the three power sources, the nuclear reactor produces a larger amount of power but uses a small amount of uranium.

Thankfully, Io also features a large number of basalt lakes. Effectively molten rocks, these lakes can support Basalt Platforms. These platforms produce uranium, iron, and silicon at the expense of a small amount of power, making them incredibly useful. One other change comes from the Offworld Market, which has been replaced by the Space Elevator. This which acts in a similar way to the market, just costing uranium to launch resources rather than fuel and aluminum.

With the expansion also comes two new factions with their own unique features. The Penrose Collective with the new Nomadic HQ have the ability to place down two HQ's at any one time. The Nomads do, however, start with no stockpiled resources bar those crushed when placing the headquarters. It's the use of two HQ's that really stands the Penrose apart, negating some need for long supply chains and removing some vulnerabilities to black market attacks.

The Diadem Trust, on the other hand, is considerably more specialized. Their Elite HQ improves the output or ability of the elite buildings. Patents can be researched even if another player has already researched it, essentially licensing it. Research is doubled in the Optimization Center. The Hacker Array allows both a resource short and resource surplus to be done simultaneously. Pleasure Domes have their income increased by 50% and up to three, rather than two Offworld Markets or Space Elevators can be built.

Other new features come in the form of a brand new campaign. Acting much in the same way as the Mars campaign, following a non-linear series of missions that tasks you with controlling Io. The other, new, game mode is the new Infinite Map Challenge. This tasks you with increasingly challenging maps to see how long you can last before Io, or the other players, put you out of business.

Offworld Trading Company: Jupiter's Forge isn't a revolutionary change to the original game in the same way that, for instance, Far Cry: Blood Dragon was. This isn't to say it in any negative way, something like that simply wouldn't work for a game as well grounded or intelligent as this one.

This expansion works through the fundamental changes the new campaign, or any venture made on Io. The new buildings, the limitations of certain resources with the introduction of others. It adds a whole new way to balance the way you manage your company. For this reason, Offworld Trading Company: Jupiter's Forge shines as brightly as the many basalt pools you'll encounter on the surface of Io.

Review code provided by the publisher. You can buy the base game via Amazon. 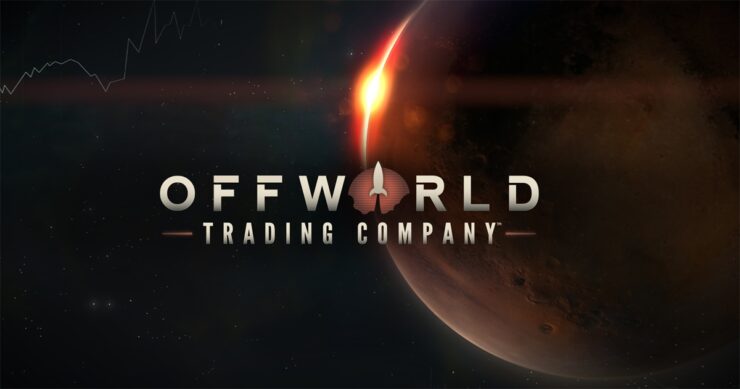 Jupiter's Forge expands on Offworld Trading Company, taking you to Jupiter's moon, Io. With this new area comes two new factions, a range of new buildings and a whole new way in how to manage resources. Io is a dry planet, there is no water to pump and the game will challenge you in a way that makes it feel fresh.