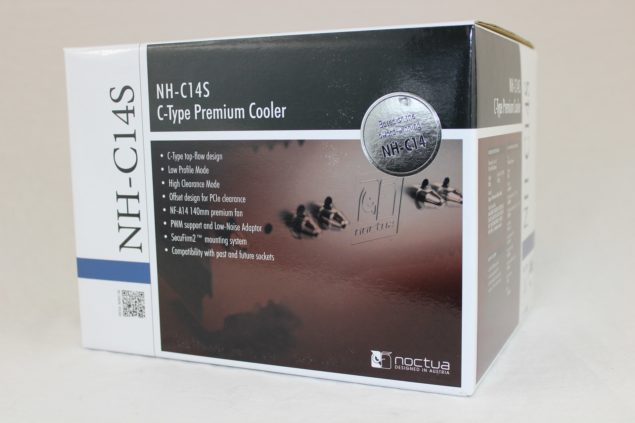 Over the past several years we’ve seen the majority of the cooling market move away from beefy tower coolers in favor of various sized radiators in the world of Close loop Coolers.  Because of this trend so many manufacturers have abandoned even worrying with traditional air cooling, Except Noctua.  Noctua holds strong to their roots of providing larger than life air coolers with arguably some of the quietest fans available.  The NH-C14s is no exception.  This is an update to Noctua’s earlier NH-C14, but what’s so different about the ‘s’ you may ask.  The original NH-C14 carried two larger diameter fans where as the ‘s’ uses a single 140mm fan in a updraft orientation as well as being slightly offset to accommodate more PCI-e slot availability.  Even with these changes the cooler maintains its mass along with all seven heat pipes to ensure it doesn’t lose any cooling capability.

So, top flow versus traditional tower style coolers? Benefits of a top flow cooler extend beyond vertical height, as that’s the most obvious, and offer direct airflow to critical areas of a motherboard.  Traditional tower style coolers leave these areas a bit left out, and while may run cooler on the cpu core, leaving components such as DDR modules and VRMs to run a bit warmer.  The NH-C14s gives you the flexibility to mount the fan on top of the heat sink blowing down across the motherboard when the DDR modules are taller, and the ability to mount the fan as an updraft style allowing the fan to draw cool air across the DDR modules and VRMs then expel the air through the heat sink and away from the motherboard.

Before we take a look at the cooler itself and the setup that we tested it with, here is a brief look at the technical specifications of the cooler 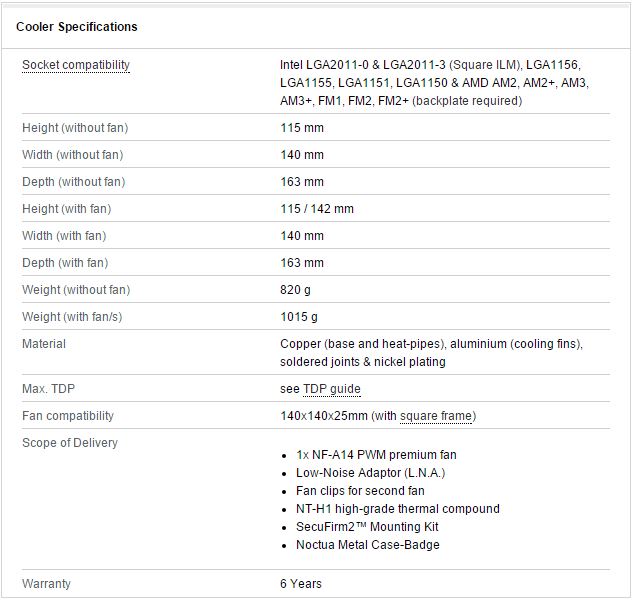 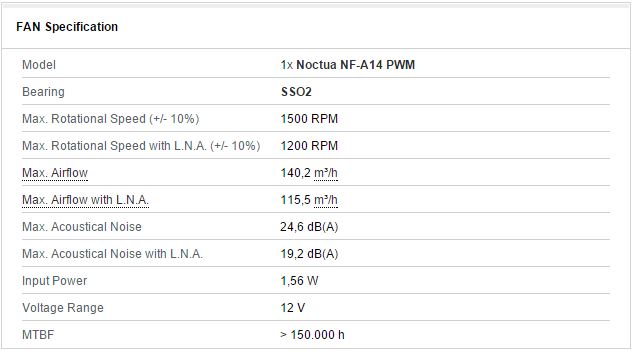