When I heard that Frozenbyte, the creators of the Trine series had made a co-op action game with RPG elements, I was looking forward to discovering what unique new spins they would be adding to the genre. Back in 2009 Frozenbyte’s critically acclaimed fantasy action game was praised for its interesting puzzle-solving mechanics, thoughtful level design and solid fusion of multiple genres. Enter Nine Parchments, Frozenbyte’s take on a four-player dungeon-crawler where friendly fire is not only permitted, it is encouraged. If this at all sounds familiar to you, that’s because Nine Parchments bears a striking resemblance to Pieces Interactives’ Magicka series.

Unlike Magicka, this game quickly loses its long-term appeal. There is very little depth in Nine Parchments in almost every aspect, which results in its thirty-two levels feeling overly similar and repetitive. The premise of the game is a bunch of parchments go missing and it’s up to some apprentice wizards to recover them. Don’t expect to see any twists in this story as it happens to be as predictable as it sounds.

The majority of the levels consisted of my party traversing the environment, while frequently encountering groups of enemies. While these enemies were differentiated by their immunity to various spells, they weren’t particularly exciting to fight. Purple enemies proved to be immune to dark magic, pale blue enemies were immune to ice spells and you pretty much get the idea. While color-coding mobs certainly makes combat more straightforward, this felt somewhat dumbed down in comparison to other games in the genre. This continued in each of the boss fights, too with some of them including larger groups of regular mobs. Aside from a few enemies, each level is also noticeably bare and familiar with only a few alterations to signify changes in climate such as patches of ice making the characters slip over. While Nine Parchments is visually appealing, it’s beauty is only skin deep.

Throughout the game, your character will gain experience and eventually level up. Each level grants you a single point that can be used to fill your skill tree. In most games, players usually look forward to leveling up as the abilities you gain on a skill tree can become really strong. Nine Parchments shakes up the traditional format by doing something completely different. Instead of giving players an incentive to level up and look forward to future abilities, Frozenbyte decided to make all of the abilities in the skill tree as dull as possible. How does increasing your spell power by 1.5% sound? Okay, that’s slightly unfair as that’s the first option on the skill tree. Here’s the final option in the first skill tree: Each spell cast increases spell power by 8% for 10 seconds. Hopefully your socks haven’t been blown clean off after reading about that exciting ability.

I would not recommend playing Nine Parchments as a single player game as it is mind-numbingly boring. Most of the enjoyment of playing the game comes from the few instances where someone in your party accidentally attacks a teammate with a spell. There’s no rivalry when it comes to skill because each player earns the same amount of experience regardless of who kills the most enemies. In addition to this, players that die in the middle of battle also earn experience as to not create a level gap in the party. When playing dungeon-crawlers like this, part of the fun is showing off your unique abilities or the special loot you obtained for defeating a boss. Like with the progression system, Frozenbyte have flipped this idea on its head by making every character virtually the same. Yes, you can collect different hats and staves, but these items do nothing to enhance the gameplay in any way.

For a game designed to be played locally, I’m shocked to see there are issues with the camera. There were a number of times that people in my party were stranded off the screen with no way to get back without reloading back to the last checkpoint. You also have the option of playing online which may alleviate these issues, but that assumes everyone you know happens to own a copy of the game. I’ve also come across a number of problems that have yet to be addressed, including a game-breaking bug which deleted my save game with several hours of progress.

Something positive to take away is the performance of Nine Parchments on PC. Not only does the game look very nice, it runs incredibly well on my system (Intel 6700K, GTX 1080) at 4K running at a solid 60FPS. If you happen to own an Xbox One X then you can expect the same level of performance, however, those of you with a PlayStation 4 or a Nintendo Switch will have to settle for 1080p. It’s important to note that the Switch version runs at 30FPS as opposed to 60FPS on every other platform.

Review code provided by the publisher. You can purchase it on Steam and on Nintendo's eShop for $19.99. 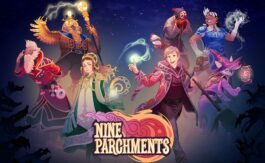 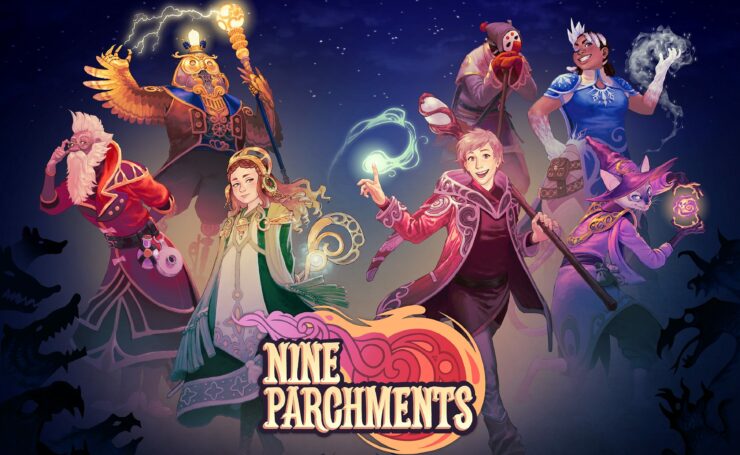 Nine Parchments is a difficult game to recommend as it’s a very average approach to a genre that has existed for some time now. While it’s visually appealing scenes are impressive enough to pique the interest of potential players, it's stale gameplay and painfully slow leveling system lack the fresh and creative experience that you’d expect to find here. Amongst a sea of games on Steam and the other digital stores, Frozenbyte have failed to include features that retain players’ attention in the long-term. There are no puzzles to solve, no secret areas to explore and no worthwhile loot to discover. Enemy encounters quickly feel tiresome and monotonous, with successful fights boiling down to whether or not you can identify an enemy by its colour. If you’re looking for a co-op dungeon-crawler with solid mechanics and a unique design, maybe pick up one of the popular favourites rather than this new title.