The FPS co-op genre has never felt as alive as it does nowadays, with many developers trying their hands at it and providing different takes on this type of experience. Sadly, many of these games end up resembling one another, as developers often prefer to play things safe, including mechanics we have seen over and over in countless other titles. This isn't exactly a problem as long as these mechanics are solid. Still, it definitely leaves something to be desired, especially if one is looking for a different kind of cooperative gaming experience.

10 Chambers' GTFO manages to stand out among the first-person cooperative games released in recent times with its unique approach, preferring to go for a slower experience that can be ultimately even more rewarding than the usual guns blazing, shoot everything that moves approach. It is not without flaws, to be sure, but the developer deserves praise for breaking the mold and trying to do something different. 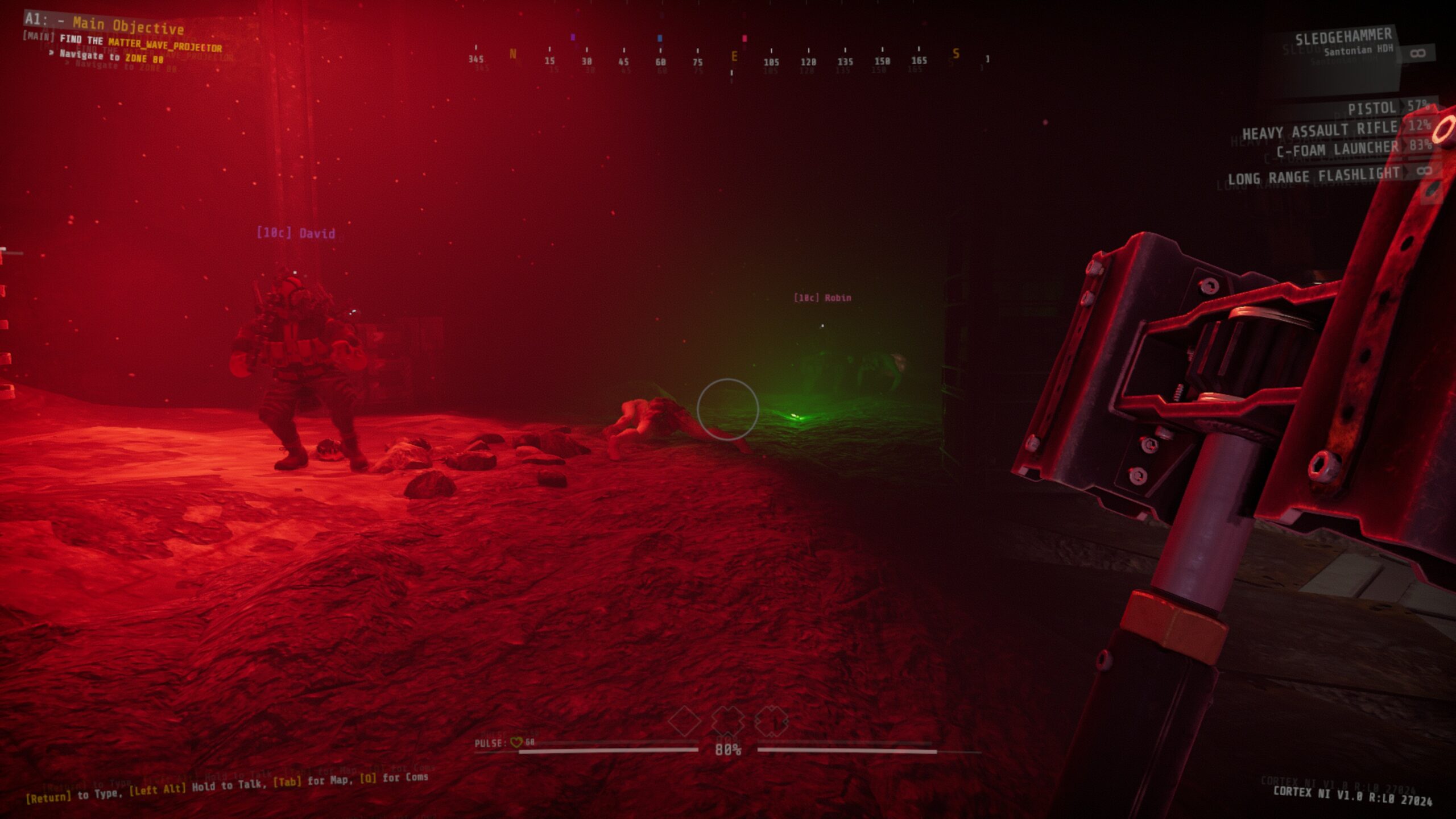 In GTFO, playersare prisoners of the mysterious Warden, who forces them to explore the Chicxulub crater, a real-life crater formed 66 million years ago by the meteorite that supposedly caused the extinction of dinosaurs, which is divided into different areas labeled only with a letter that indicates how deep they are compared to the surface. Prisoners are not motivated by hope or reward, as there is seemingly no way to escape from this hell. If they survive an expedition, their reward is living another day to face even more horrors.

GTFO feels, on the surface, pretty light in terms of story, but it actually comes with some interesting lore that is developed during missions with optional dialogues. It's not extremely deep or anything, but it does a decent job of providing context for everything that happens during missions and all the monster-slaying players will be doing during their time in the crater. The additional story and lore details were absent in the Early Access version of the game, and they represent only one of the new features of the 1.0 version.

As mentioned above, GTFO feels very different from similar first-person co-op games on the market. While it could be labeled as a co-op horror first-person shooter, I feel this definition doesn't really suit the game at all. Shooting is the very last thing players should be doing because ammo and resources are extremely limited like in a proper survival-horror game. Moreover, shooting comes with the risk of alerting enemies, which are strong, resilient and do not hesitate to gang up on players to take them down. Getting overwhelmed by the horde in GTFO is so simple that players only have two choices: cooperate and play smart or die horrible deaths. 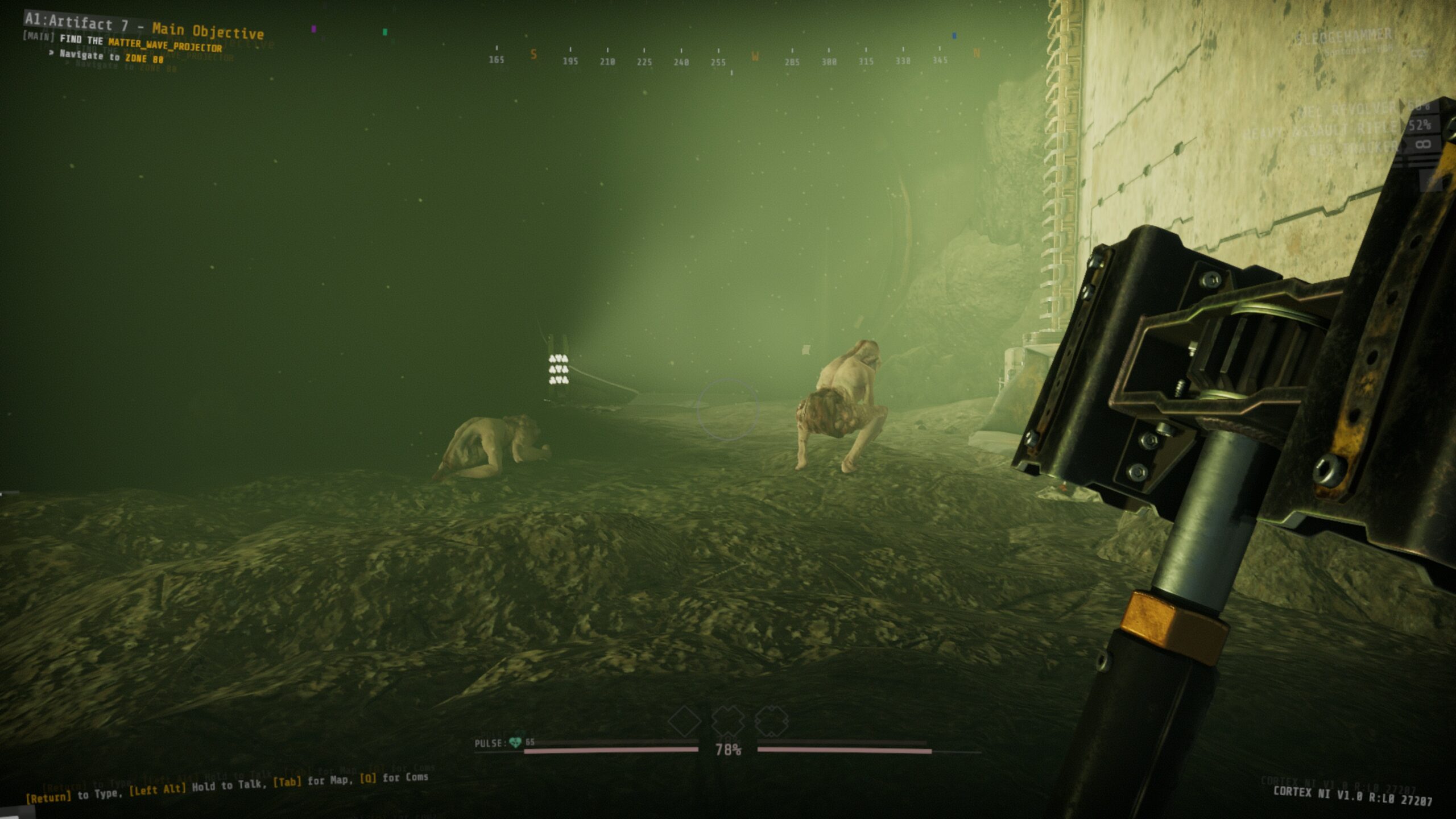 While GTFO is a challenging experience, and the game makes it no mystery right from the very first Rundown, it does provide players all the tools they need to make it out of these expeditions in one piece. Before starting a game, players can pick their loadout, which includes Main, Special, and Melee weapons, a Tool, and three different Boosters, divided into Muted, Bold and Aggressive. While the Main and Special weapons don't deviate much from the usual selection seen in similar games (although GTFO attempts to keep things fresh by featuring weapons that are exclusive to certain Rundowns), the Melee weapons and Tools do offer something new. The former come in different varieties with different effects which weren't available in the Early Access version, while the latter give players the ability to specialize into a certain aspect of the gameplay, essentially working as some sort of class system.

Tools are also highly varied, ranging from the Bio Tracker, which allows the player to discover enemies and tag them, to the C-Foam launcher that can immobilize enemies and reinforce doors, to Sentries and Mine Deployer which can be used to fend off an alerted horde. Striking a good balance between the different tools is extremely important to survive, especially as it is impossible to complete any Rundown without dealing with at least a couple of hordes since you will have to open Alarm Doors at some point during any given mission.

While GTFO does let players use different playstyles, augmented by the Boosters which grant perks that are better suited to certain playstyles, it's undeniable that stealth is the way to go in pretty much every Rundown. The maps are designed in such a way that taking enemies silently with careful positioning and melee weapons is always the best option unless you have to open one of the already mentioned Alarm Doors, forcing players to cooperate to make these takedowns go smoothly. The monstrous creatures that players have to take down can't see very well and rely on their hearing to discover them, requiring players to proceed carefully, avoid detection by stopping completely when the monster's attention goes up, and then go for multiple silent takedowns at once. It does feel a little stiff at the beginning of the game, but playing Rundowns multiple times with a good team makes everything come together nicely. The variety of mission objectives, the intricate design of the maps, and the great balance between stealth and full-on shooting actions all add more depth to the experience.

The complexity of GTFO, however, comes at a very high price. Before version 1.0 launched, I had the chance to play with members of the development team, who provided a quick rundown of the game's mechanics, explaining every feature and showing me how the game is meant to be played. Regular players obviously cannot do the same, and I can only imagine how daunting it can feel to take everything in with the limited guidance the game provides. The barrier of entry is objectively high in GTFO, and only the most determined players will be able to complete Rundowns and unlock the additional cosmetics featured in the 1.0 version. In case no player is around, it is possible to play with bots, which are competent enough, although they are far from perfect and often run into walls or alert enemies for no real reason. 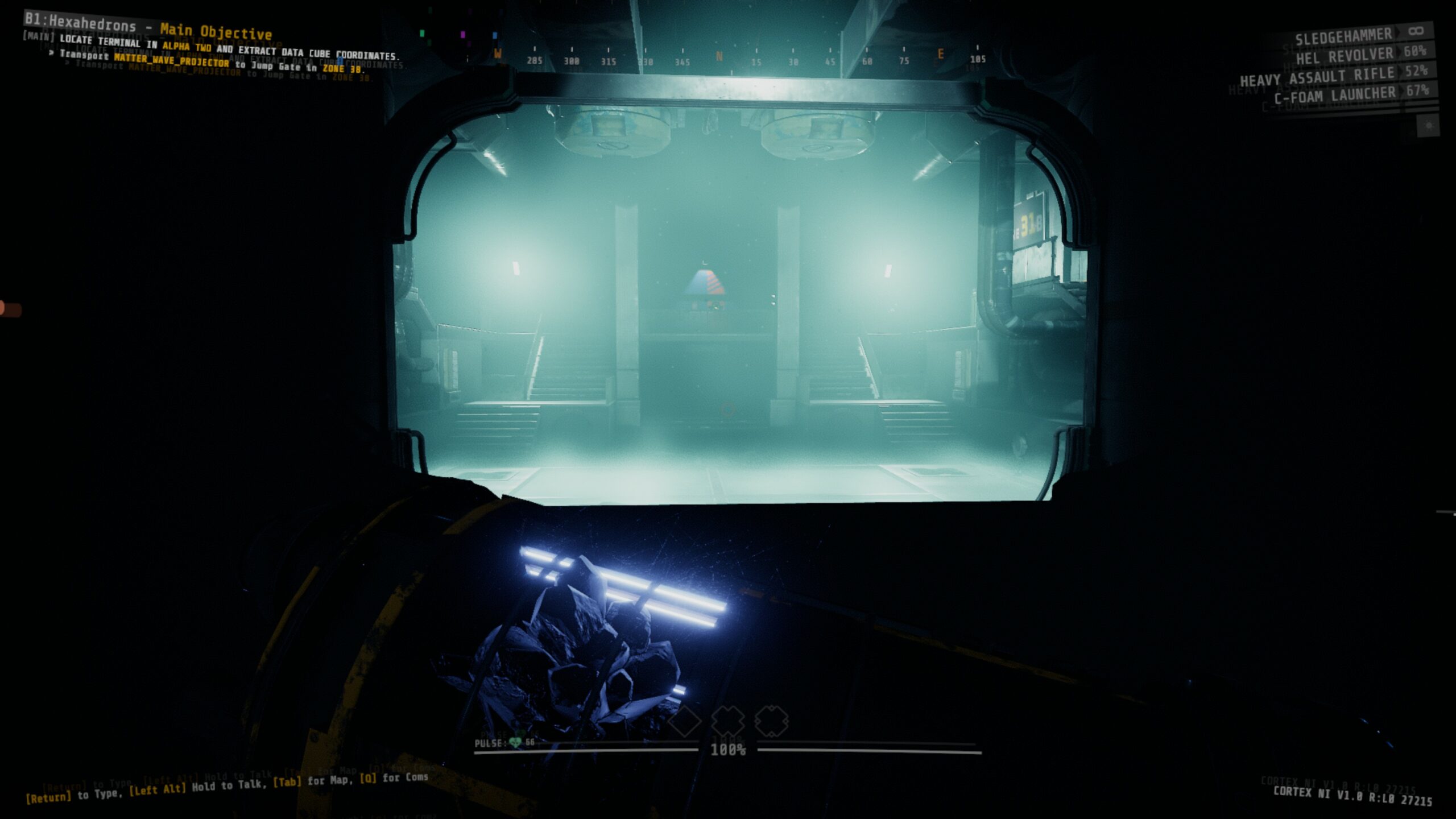 One more potential limit to the popularity of GTFO is its progression system, which is limited to cosmetics and Boosters. These are treated as consumables and can only be unlocked by collecting artifacts. While version 1.0 does feature a decent amount of Rundowns,  it doesn't provide much incentive for playing through them more than a few times. If the developer does offer solid post-launch support, this shouldn't be too much of a problem, but lacking a clear roadmap, there's no way to tell how much GTFO will be expanded down the line.

Where GTFO doesn't feel lacking at all is the atmosphere. All of the maps give off some very oppressive vibes, thanks to great sound production, and the fact that most of the maps are badly lit, requiring the usage of flashlights, only adds to the sense of anxiety the games constantly exudes. For having been developed by a small team, GTFO doesn't look too bad as well, although character models do look a little simple. Performance is definitely on point, as the game had no trouble running at 4K resolution, 60 FPS on the machine used for the test (i7-10700 CPU, RTX 3070 GPU, 16 GB RAM) even during the most convoluted sequences.

GTFO is a first-person cooperative game like very few others on the market, featuring a challenging experience that is a little hard to get into and possibly even harder to master. While this may prevent the game from becoming massively popular, it is undeniable that some players will love the game's unique design approach, in which 10 Chambers put quite a lot of care, even with its flaws.

GTFO is a first-person cooperative game like few others, featuring a great atmosphere and a well-crafted yet challenging experience that is a little difficult to get into, and even harder to master, inevitably limiting its appeal. With scarce progression features and a lack of a clear roadmap for future updates, it is difficult to recommend GTFO to anybody but the most hardcore first-person games fans that are looking for something truly different to play.